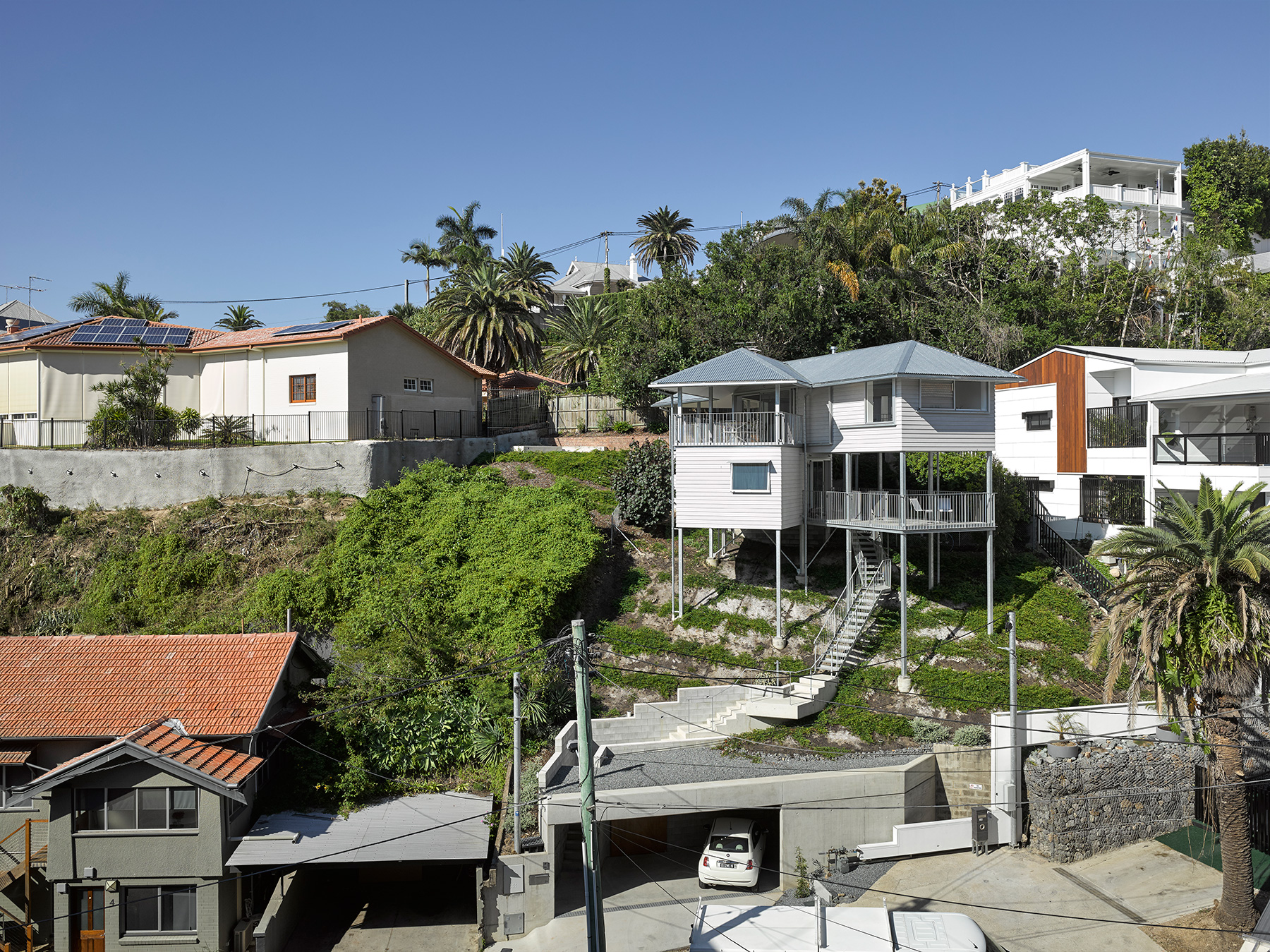 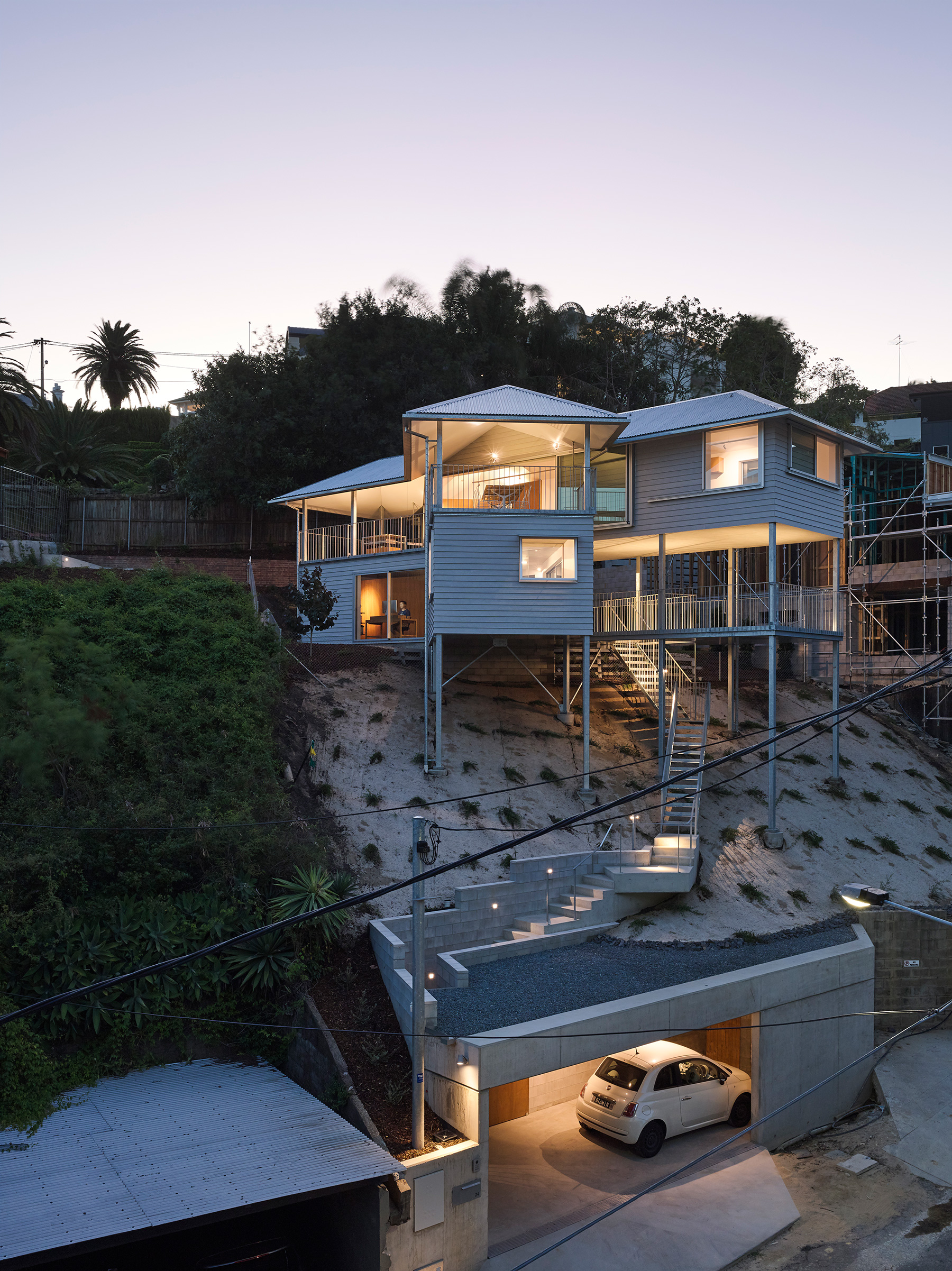 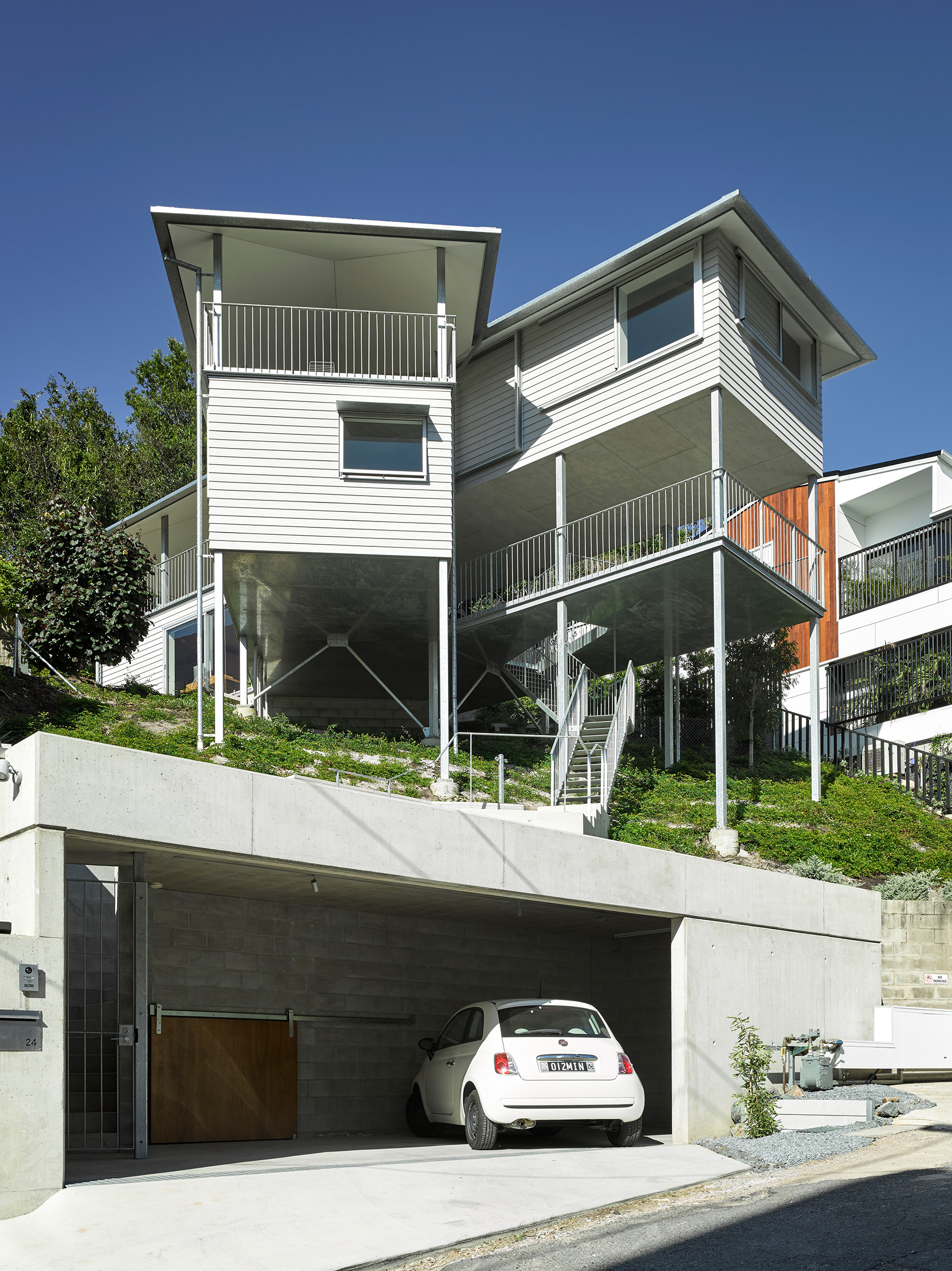 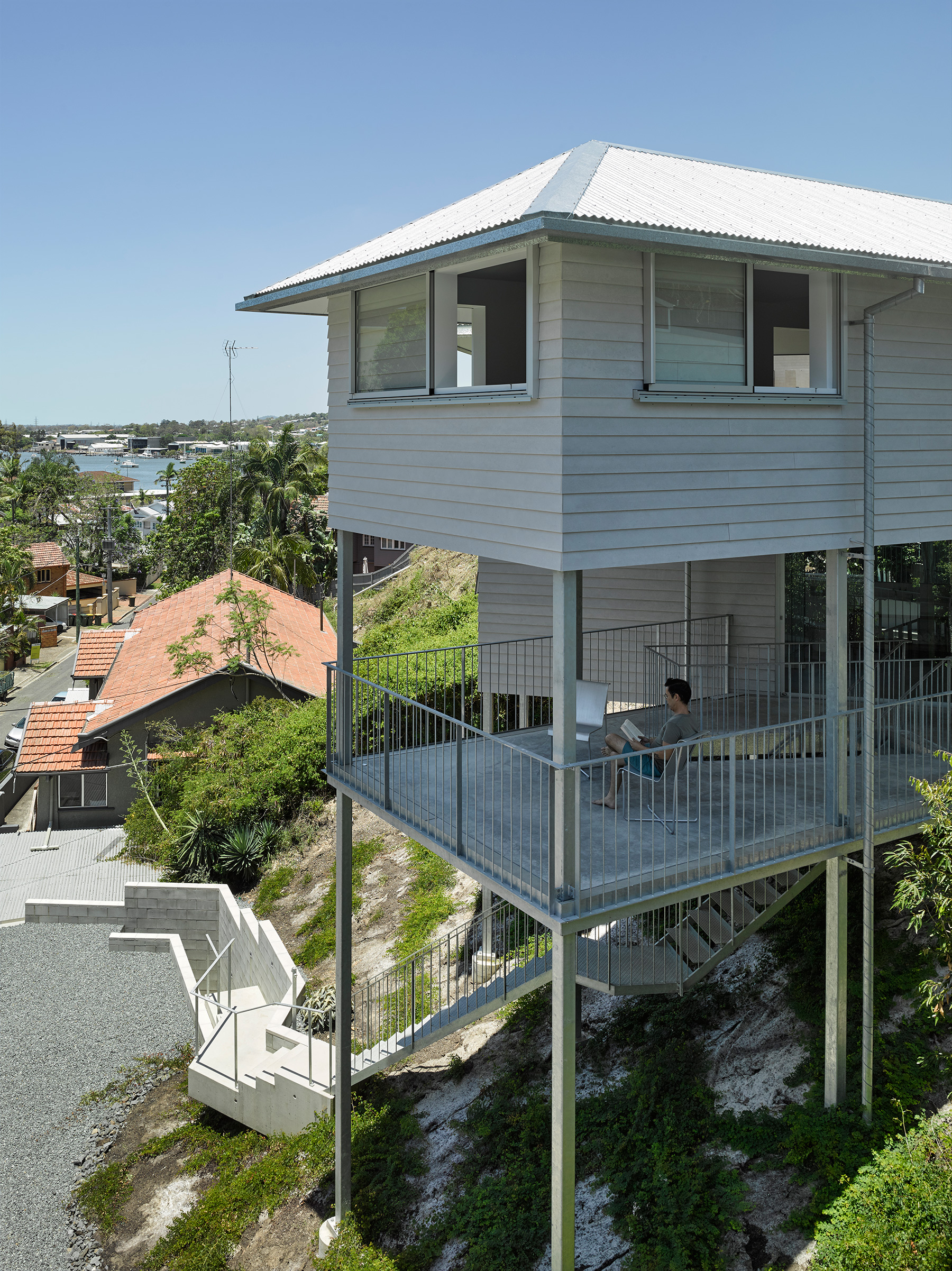 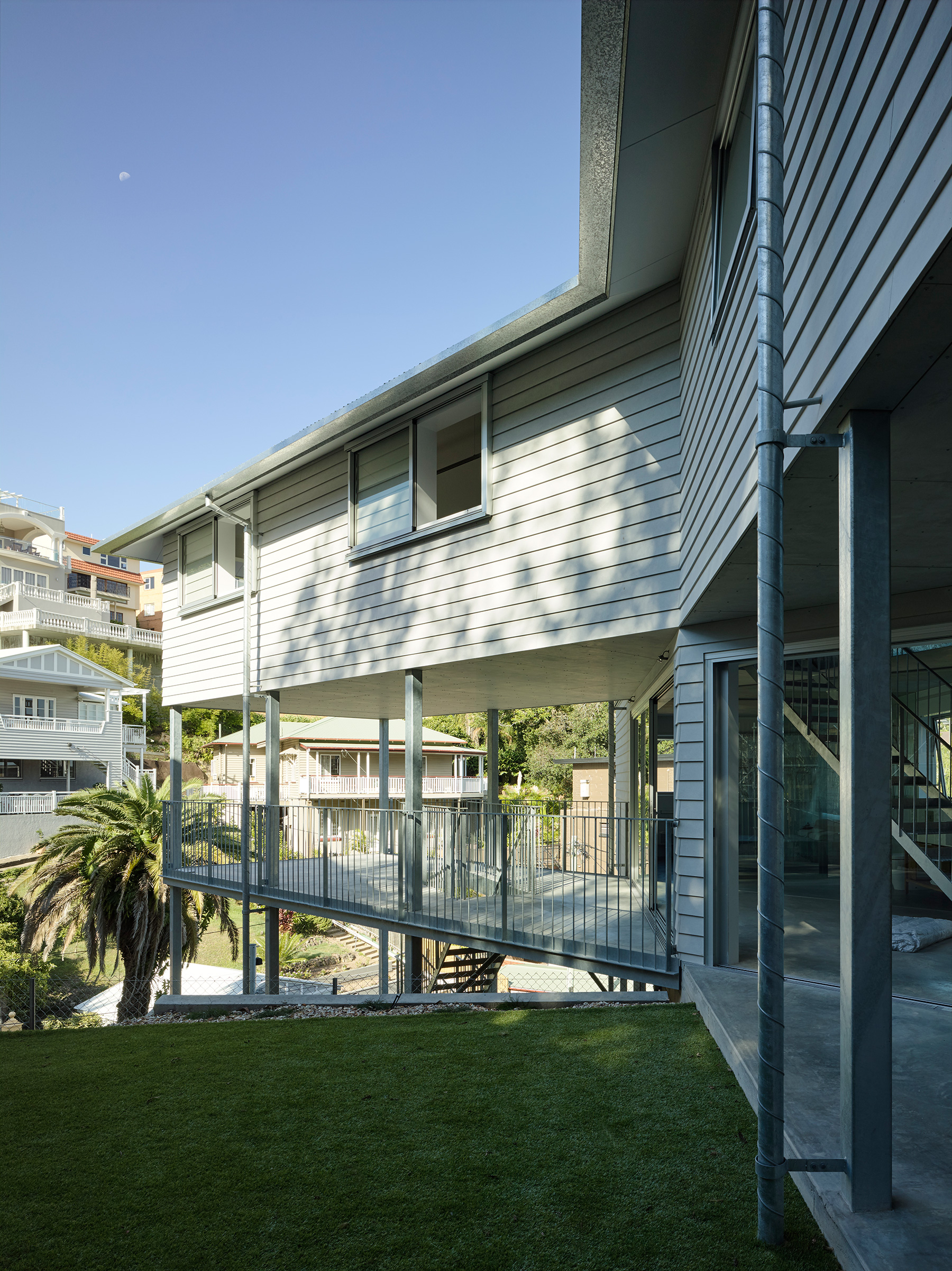 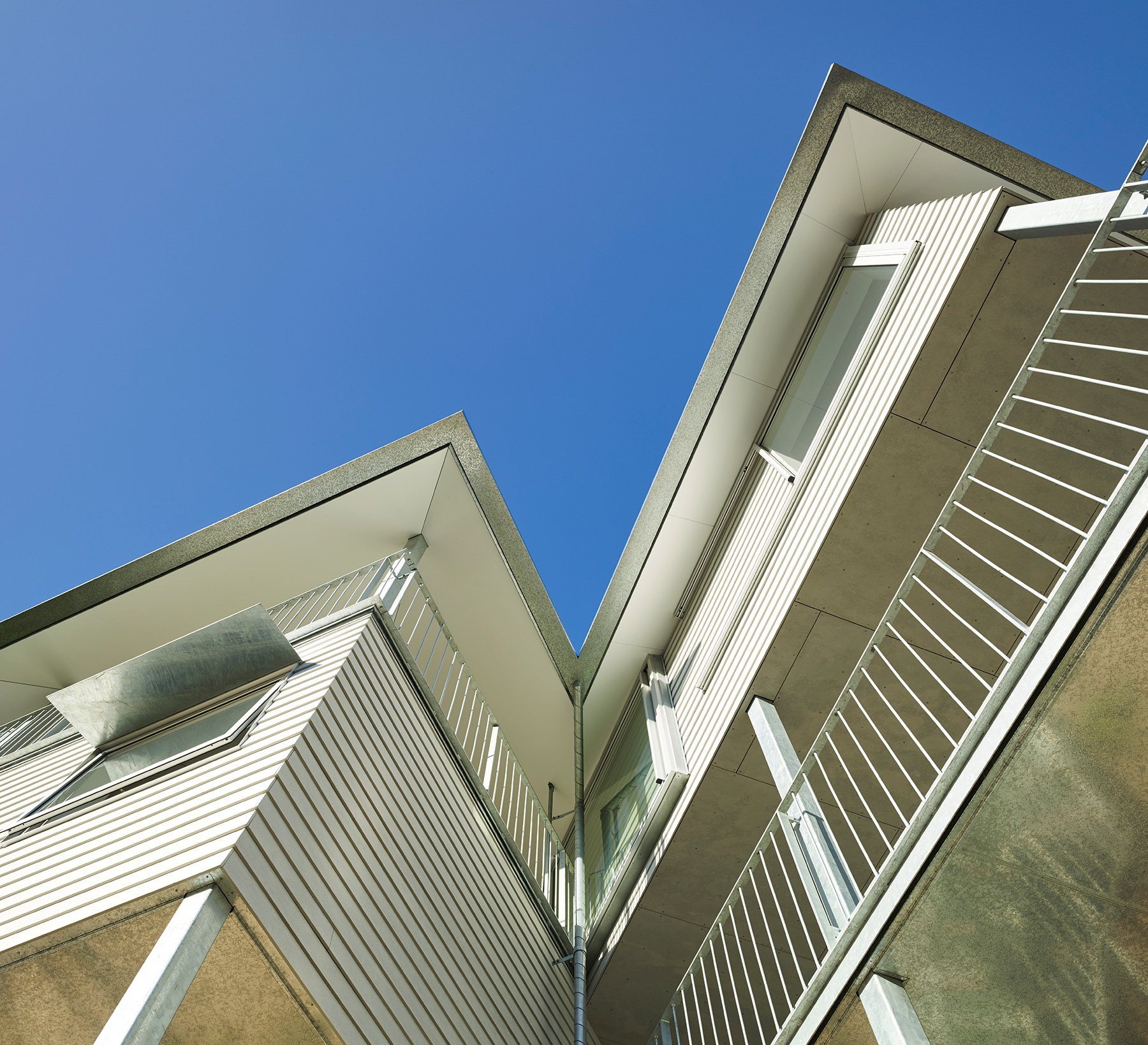 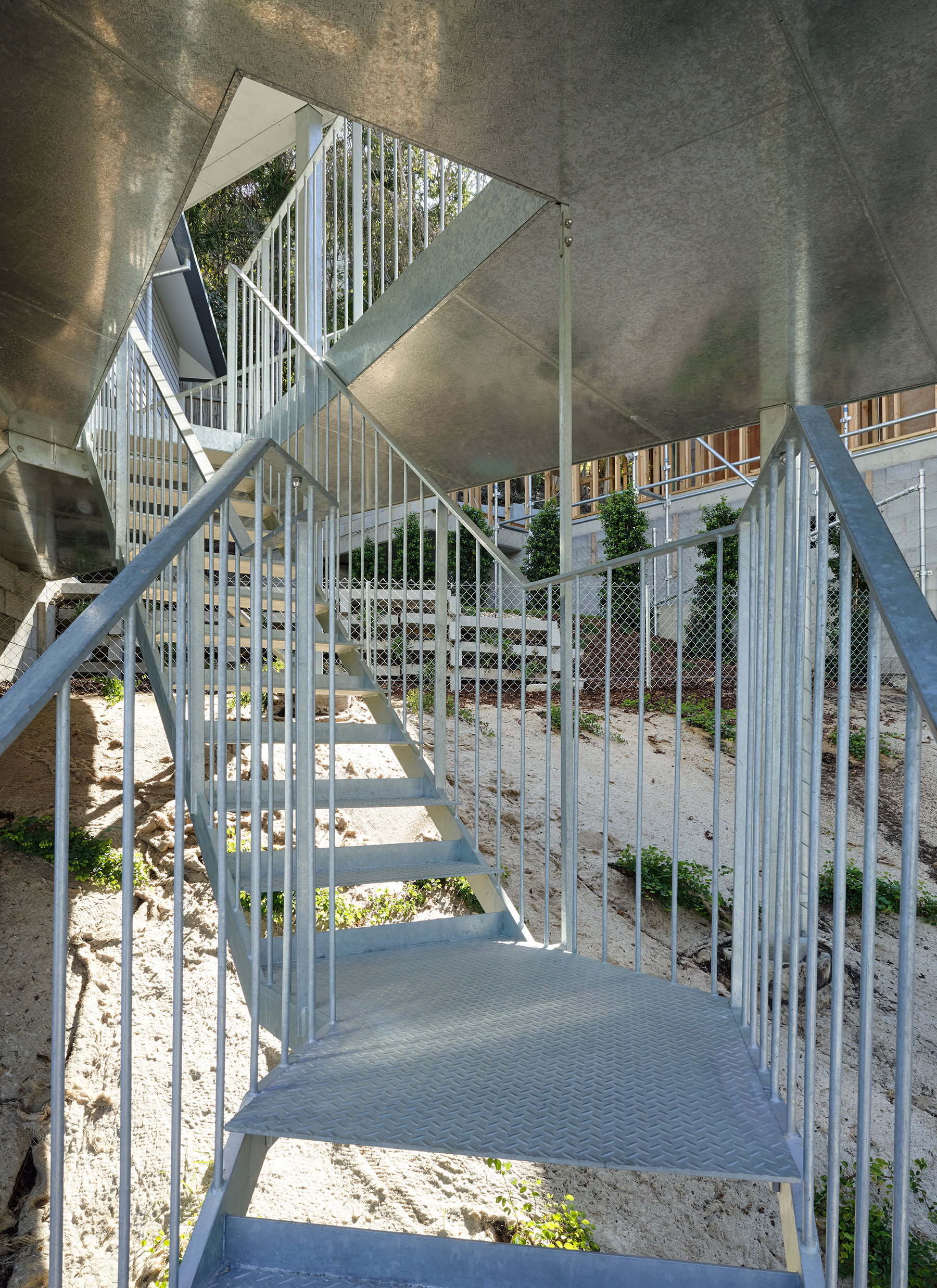 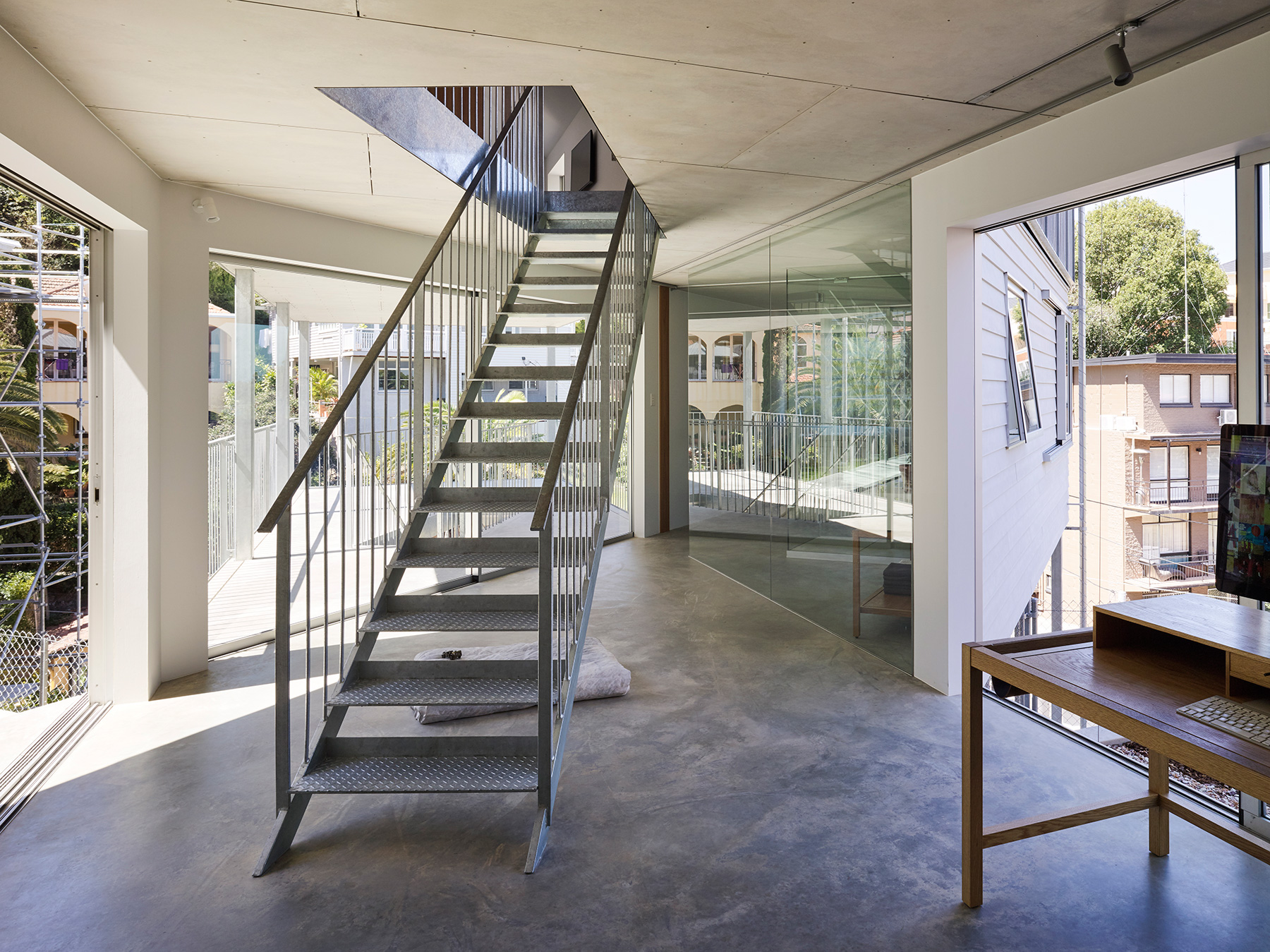 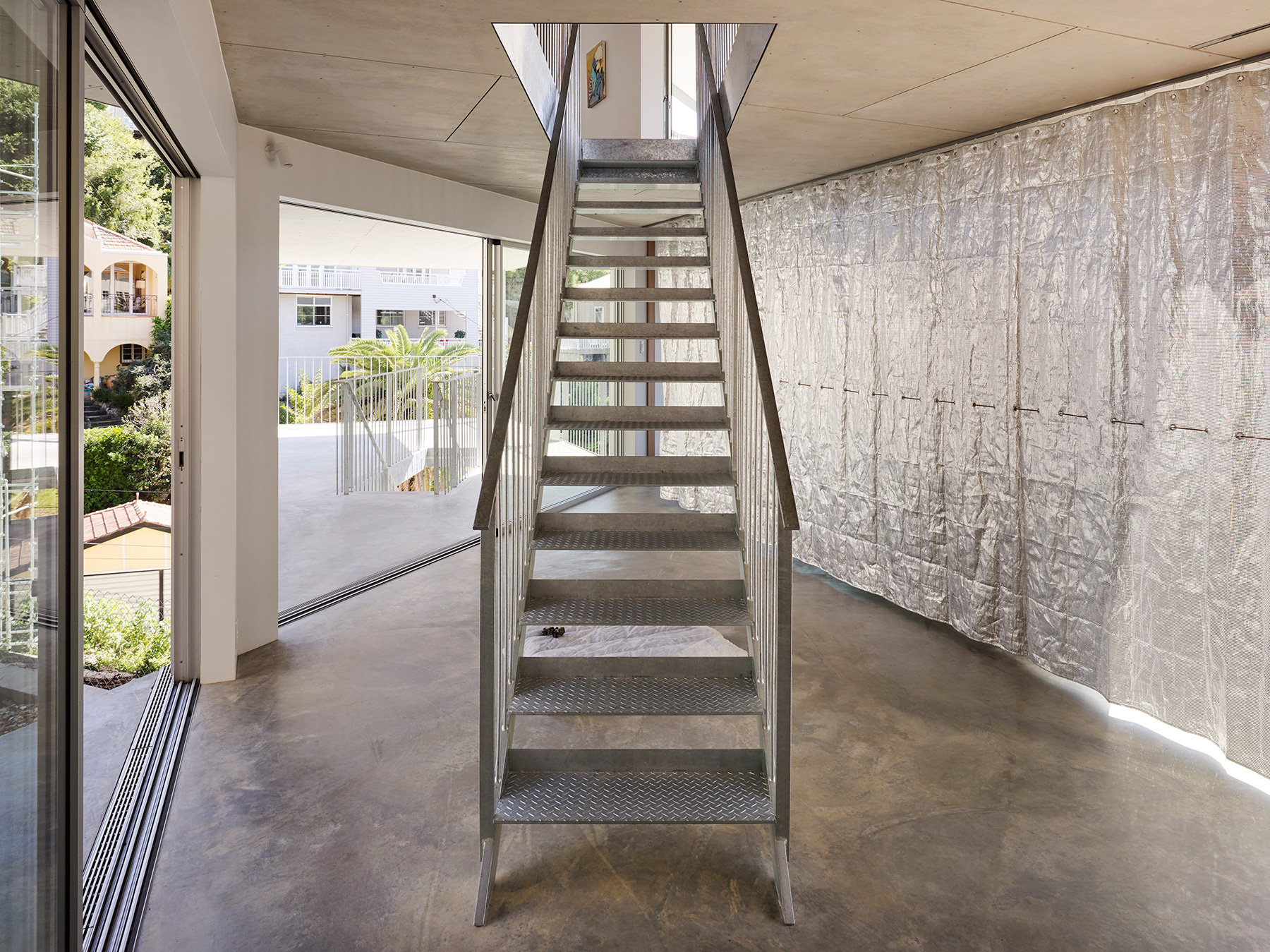 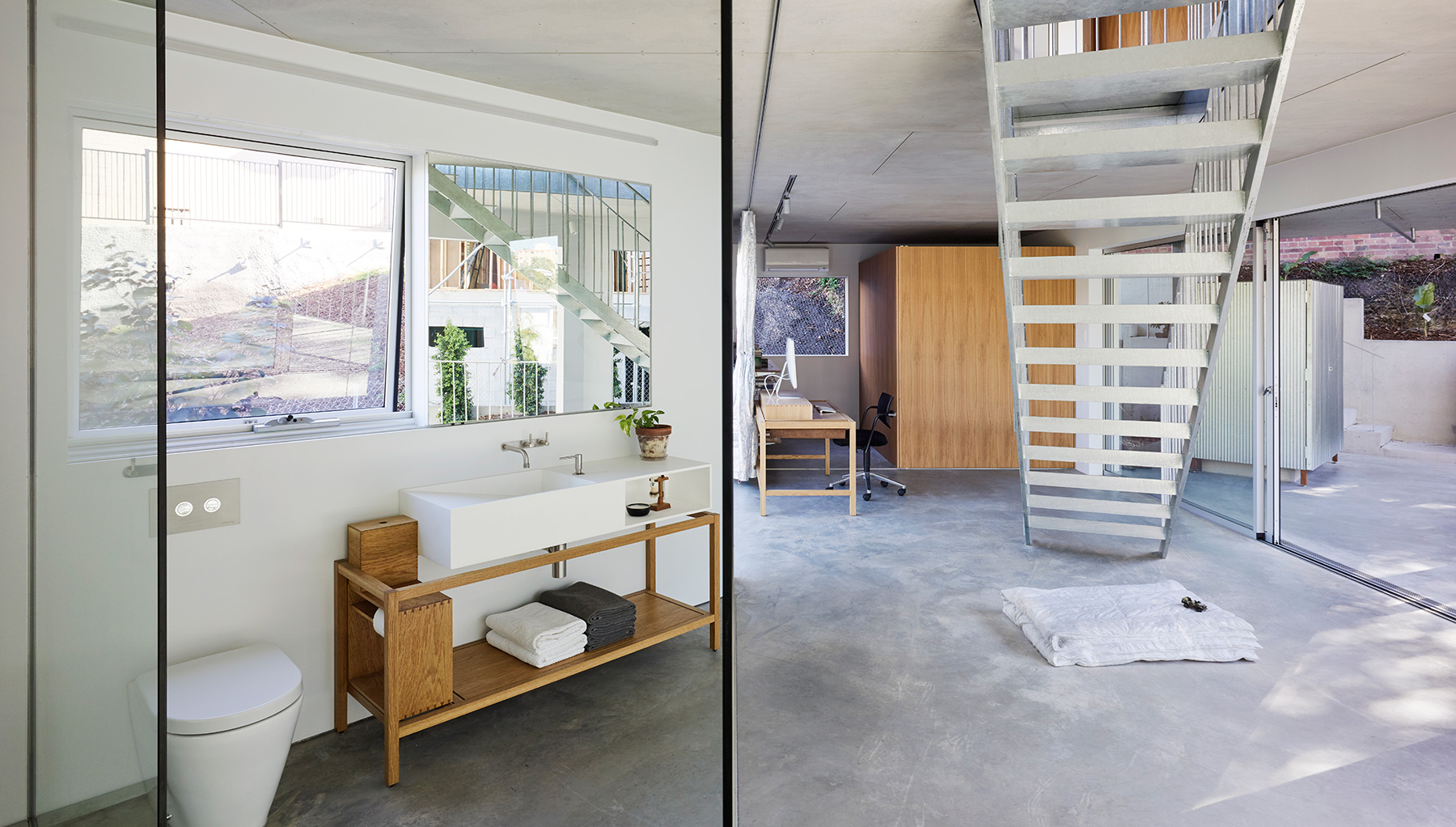 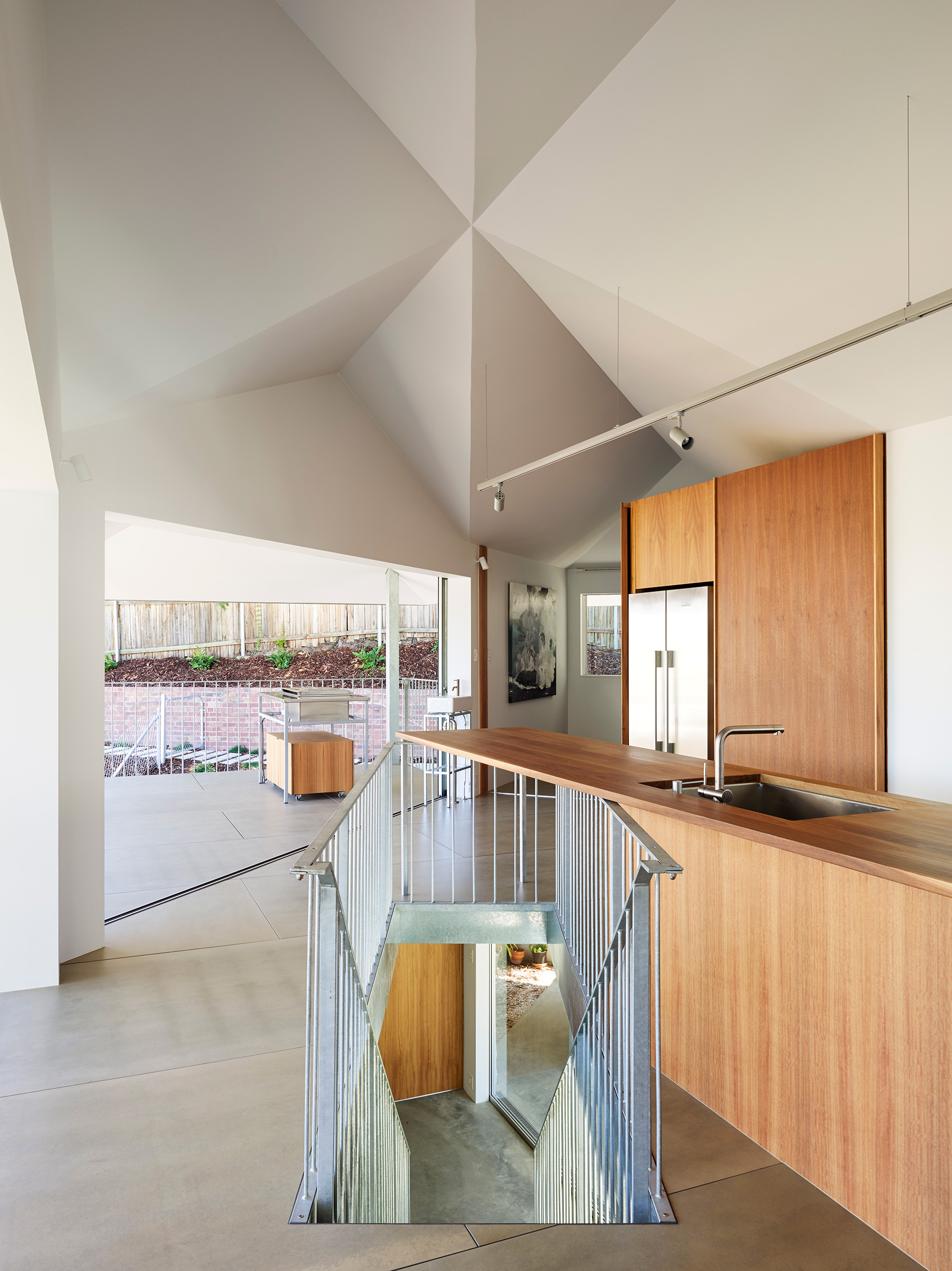 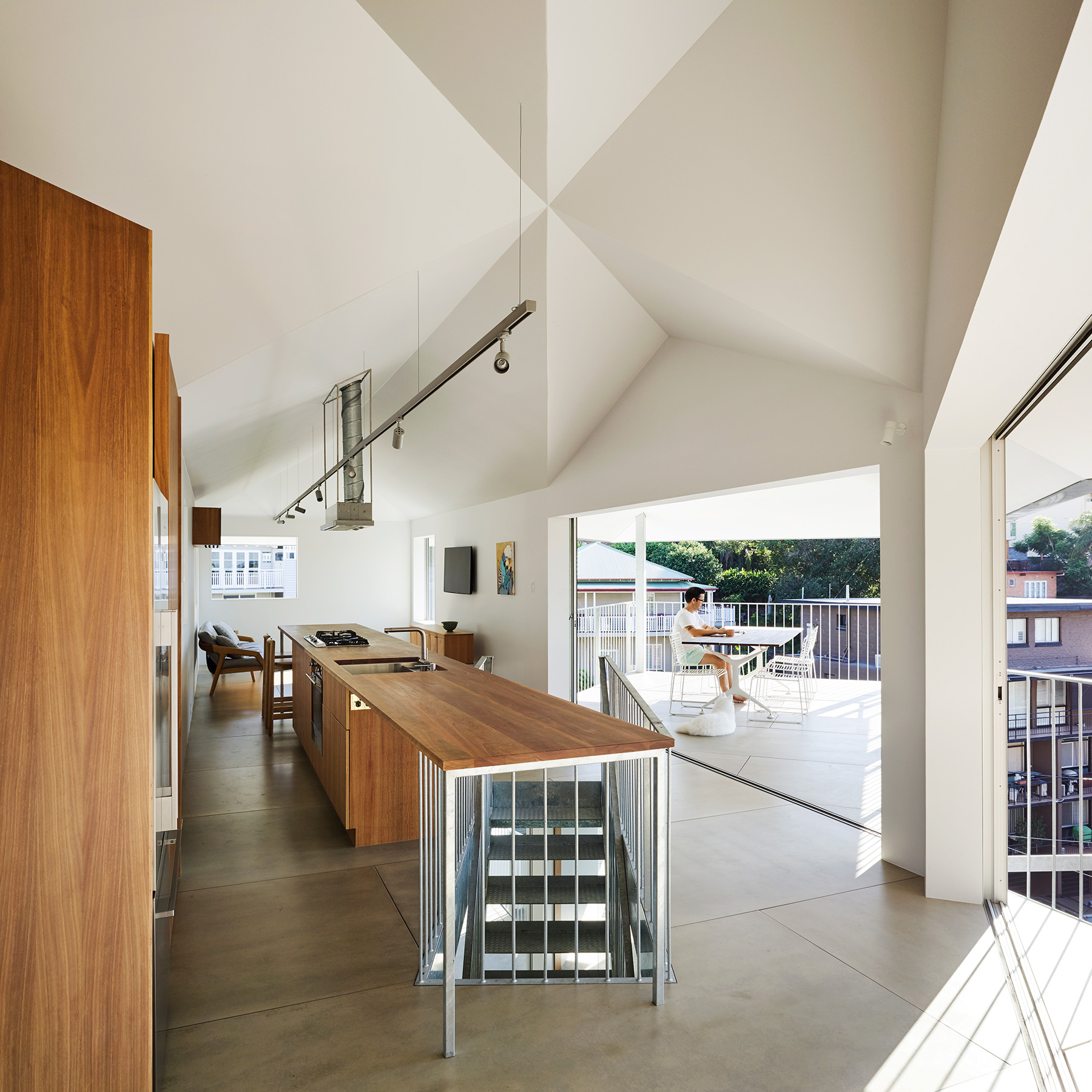 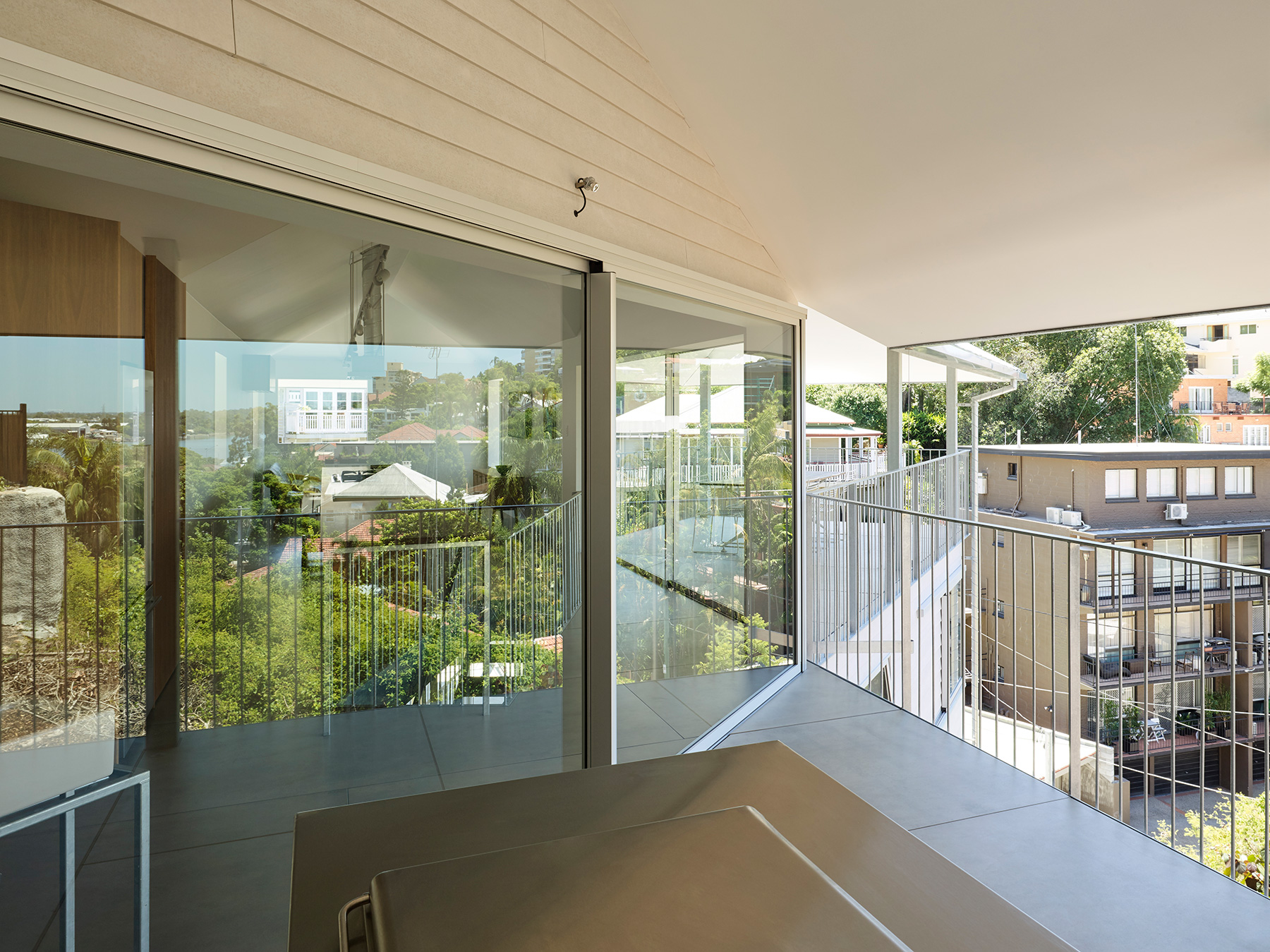 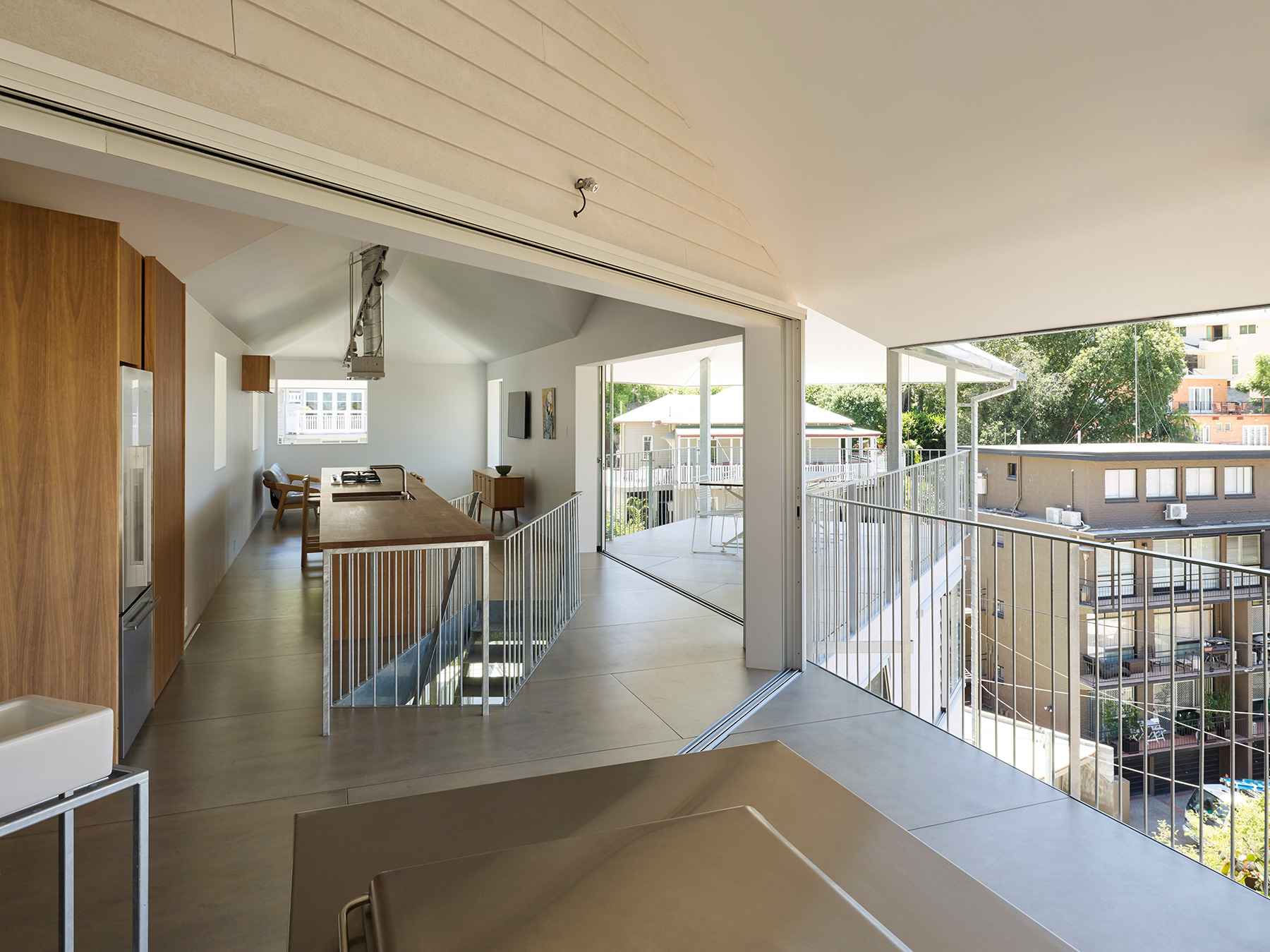 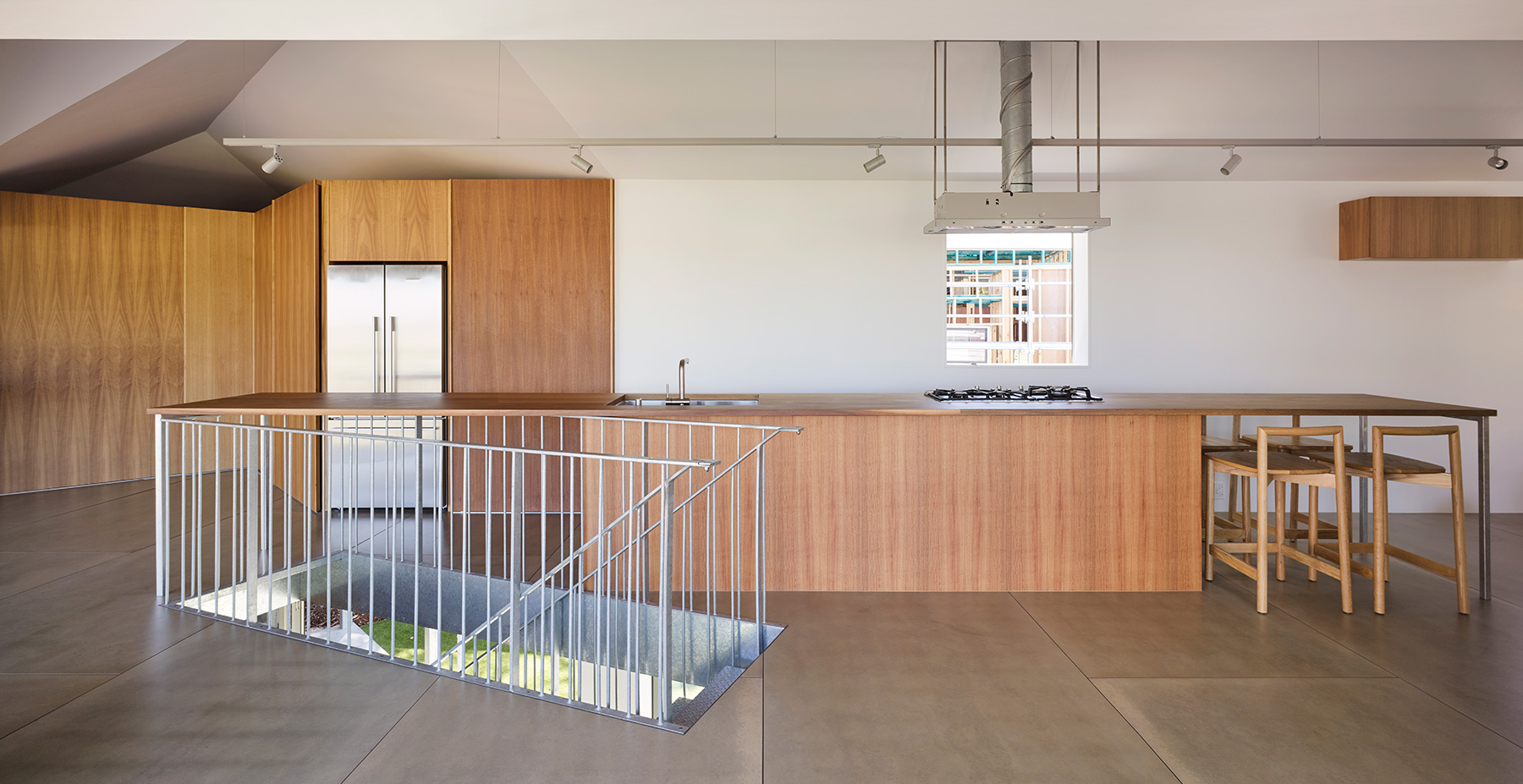 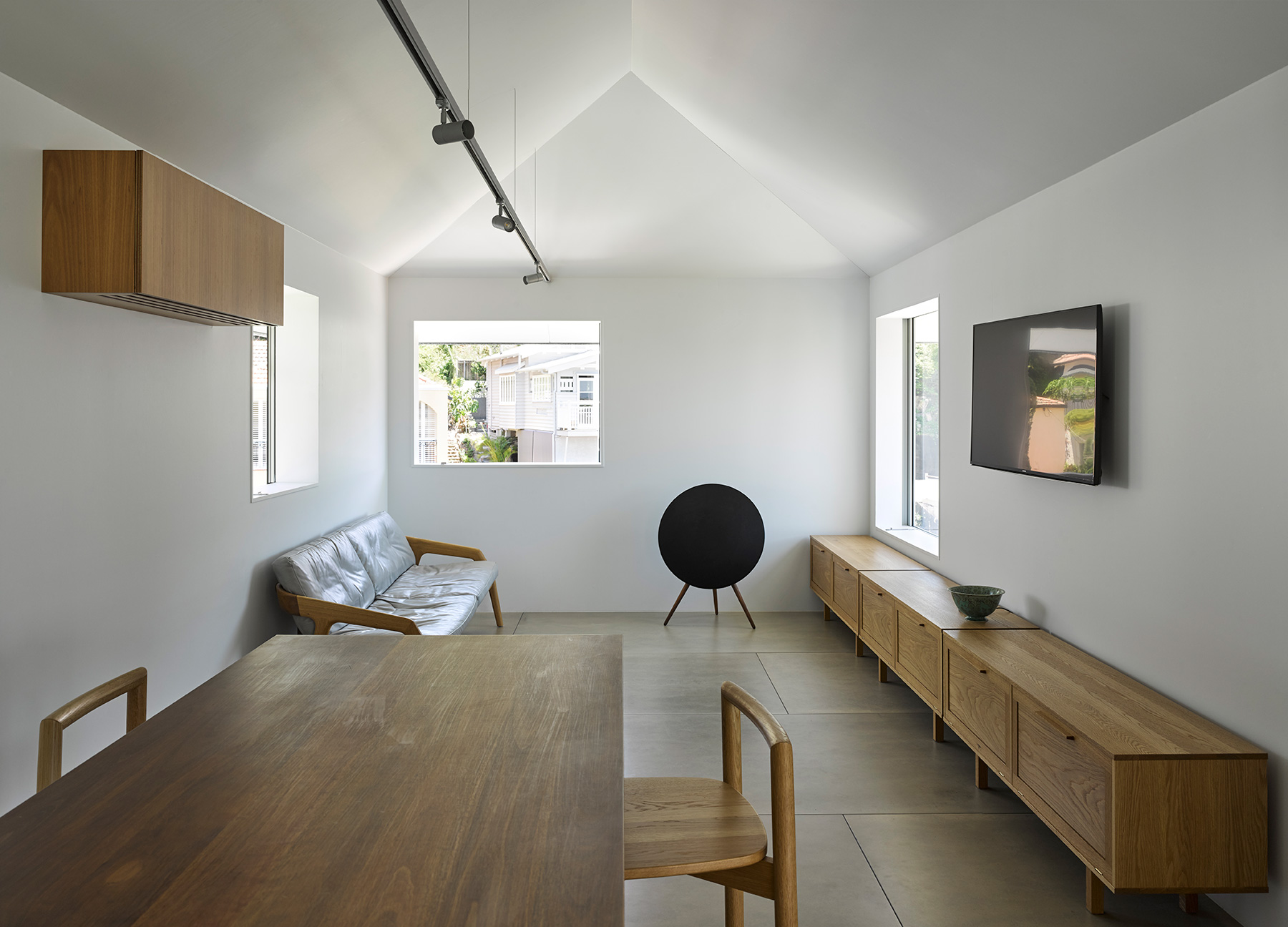 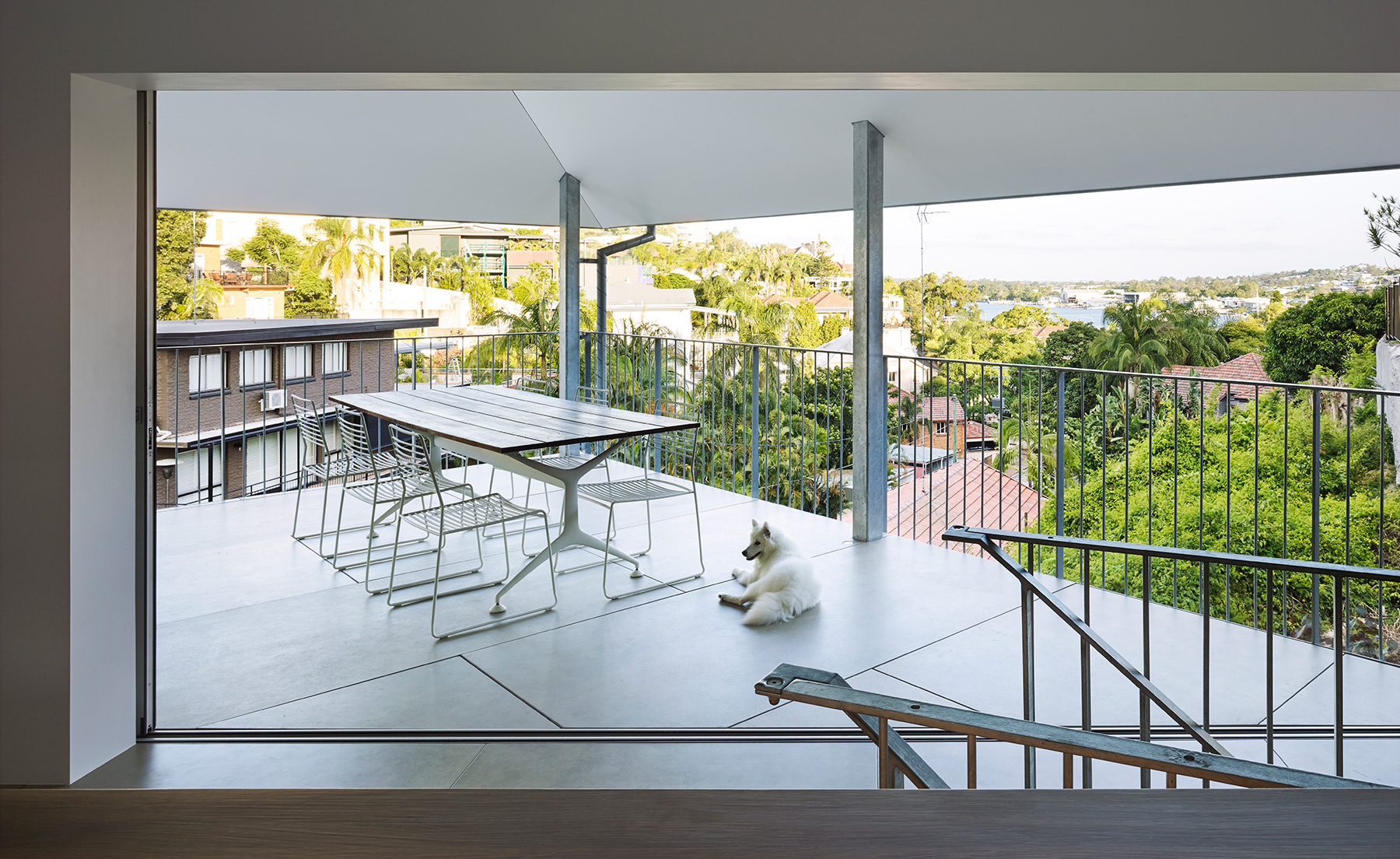 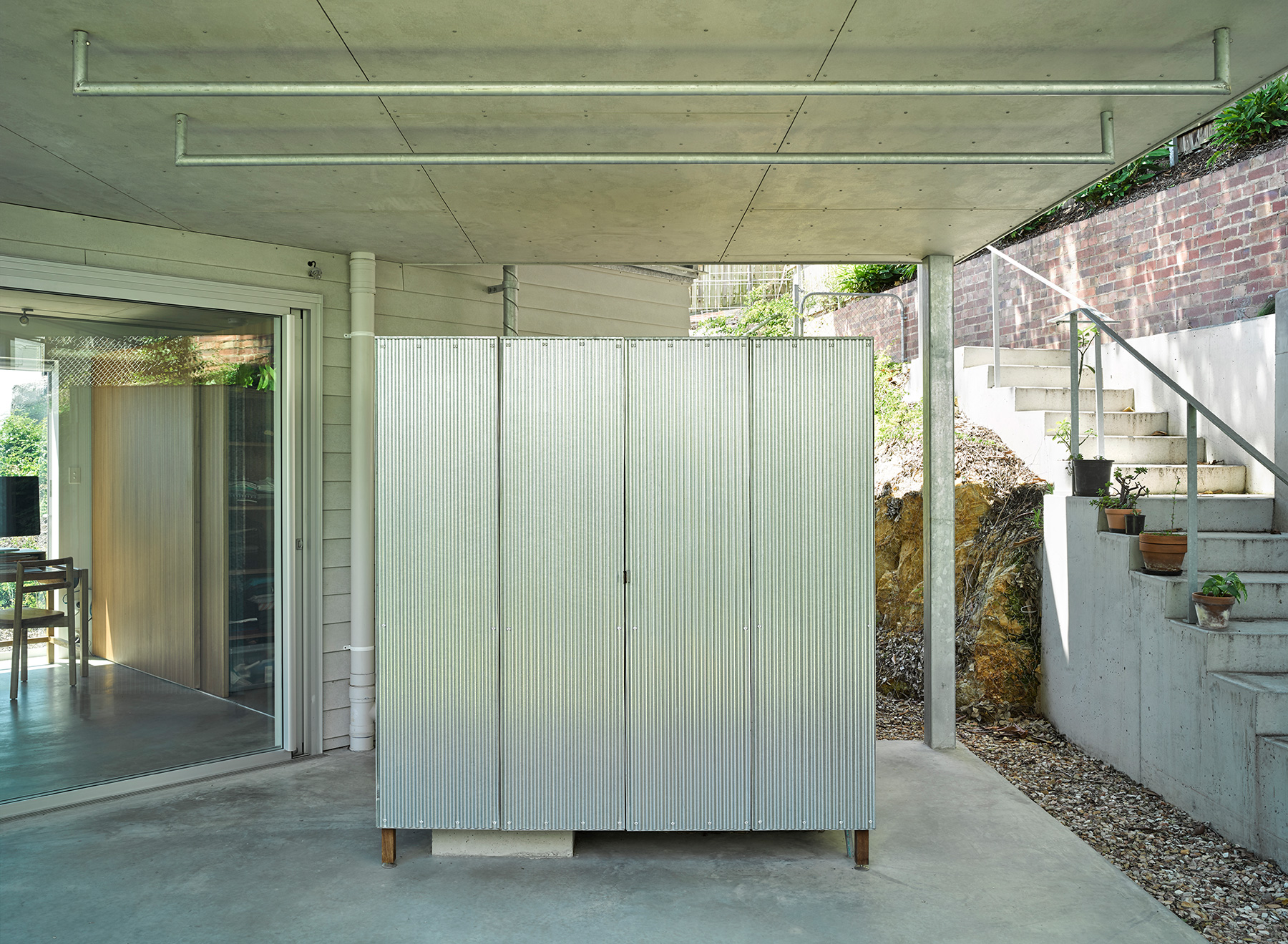 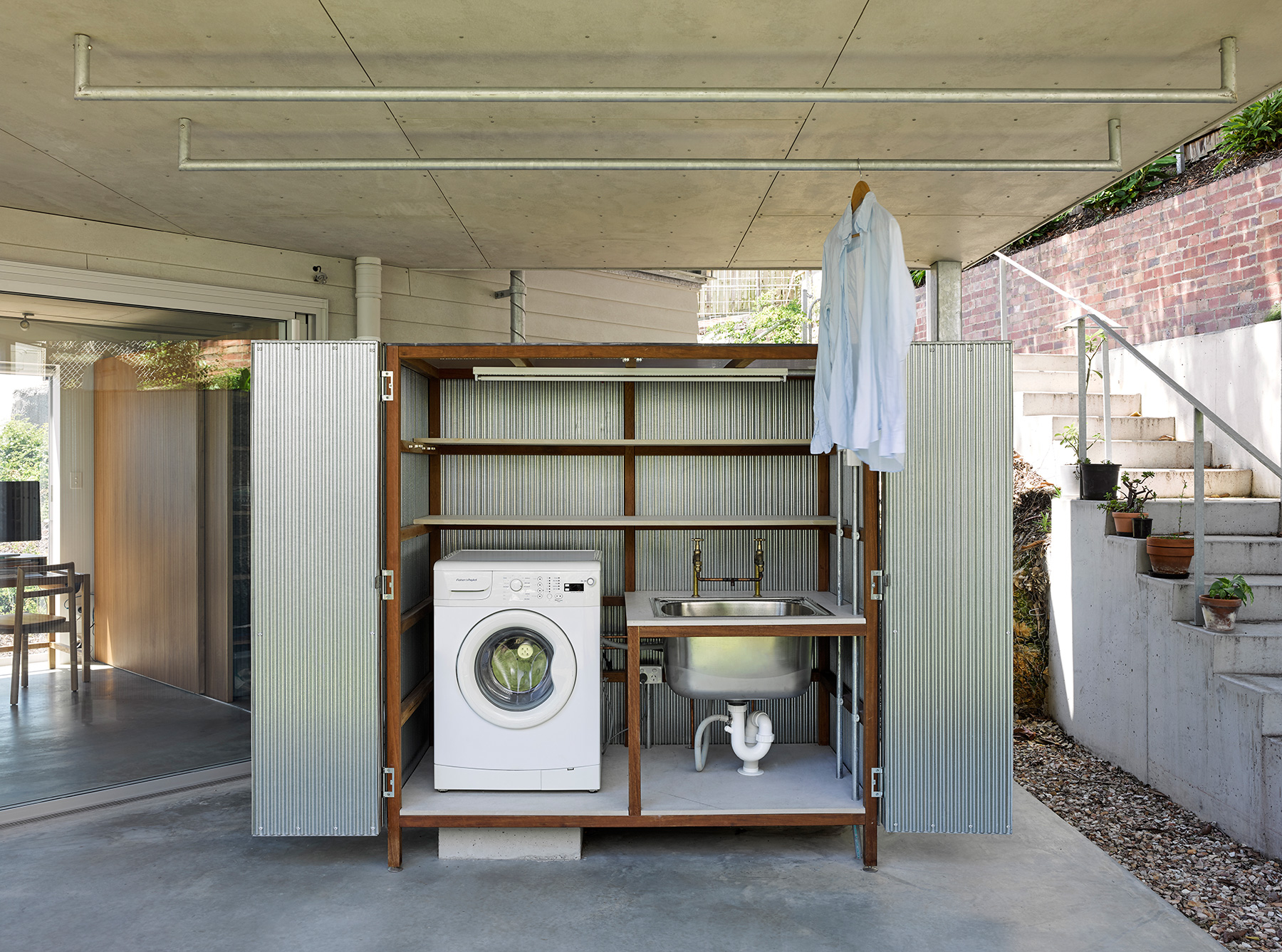 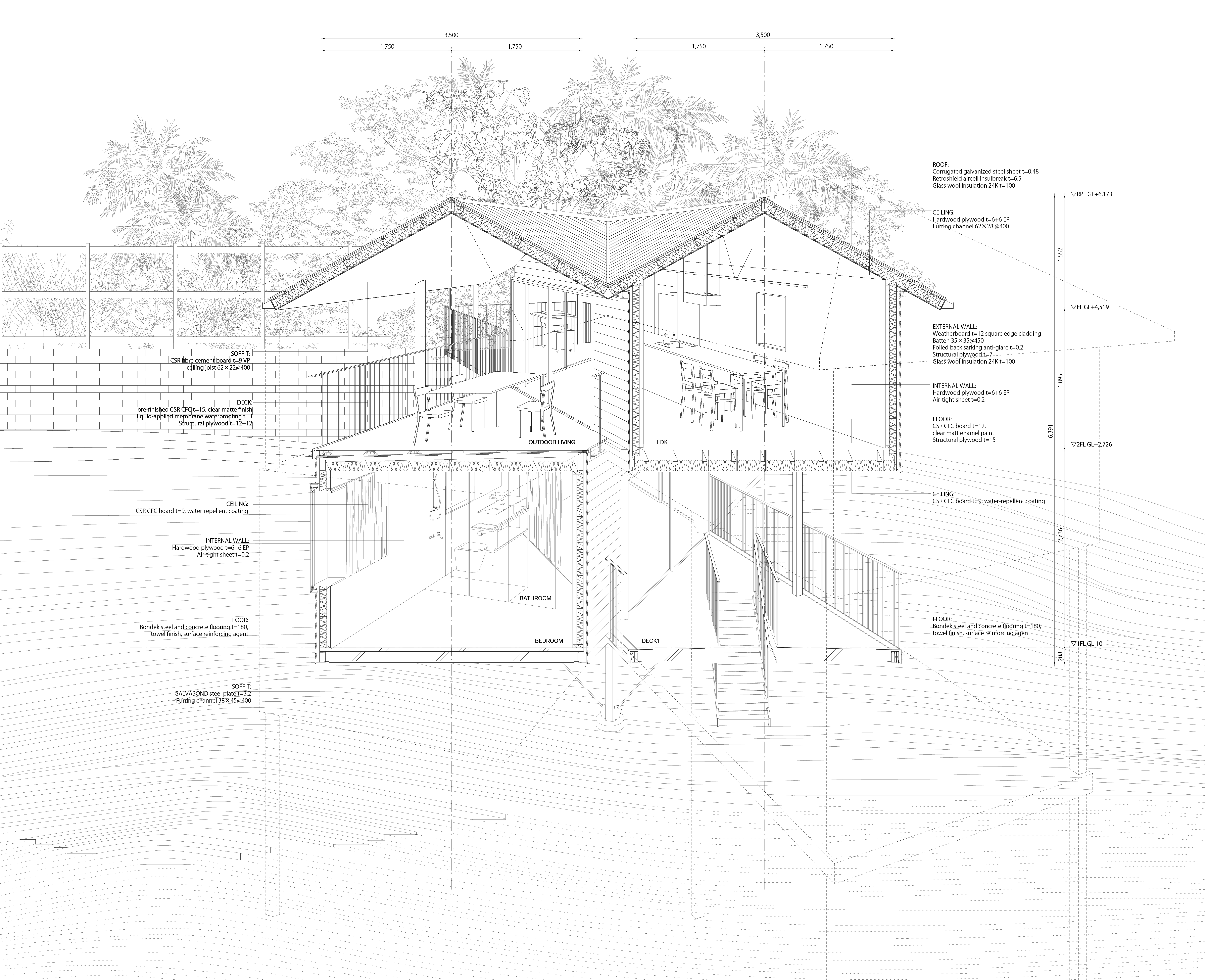 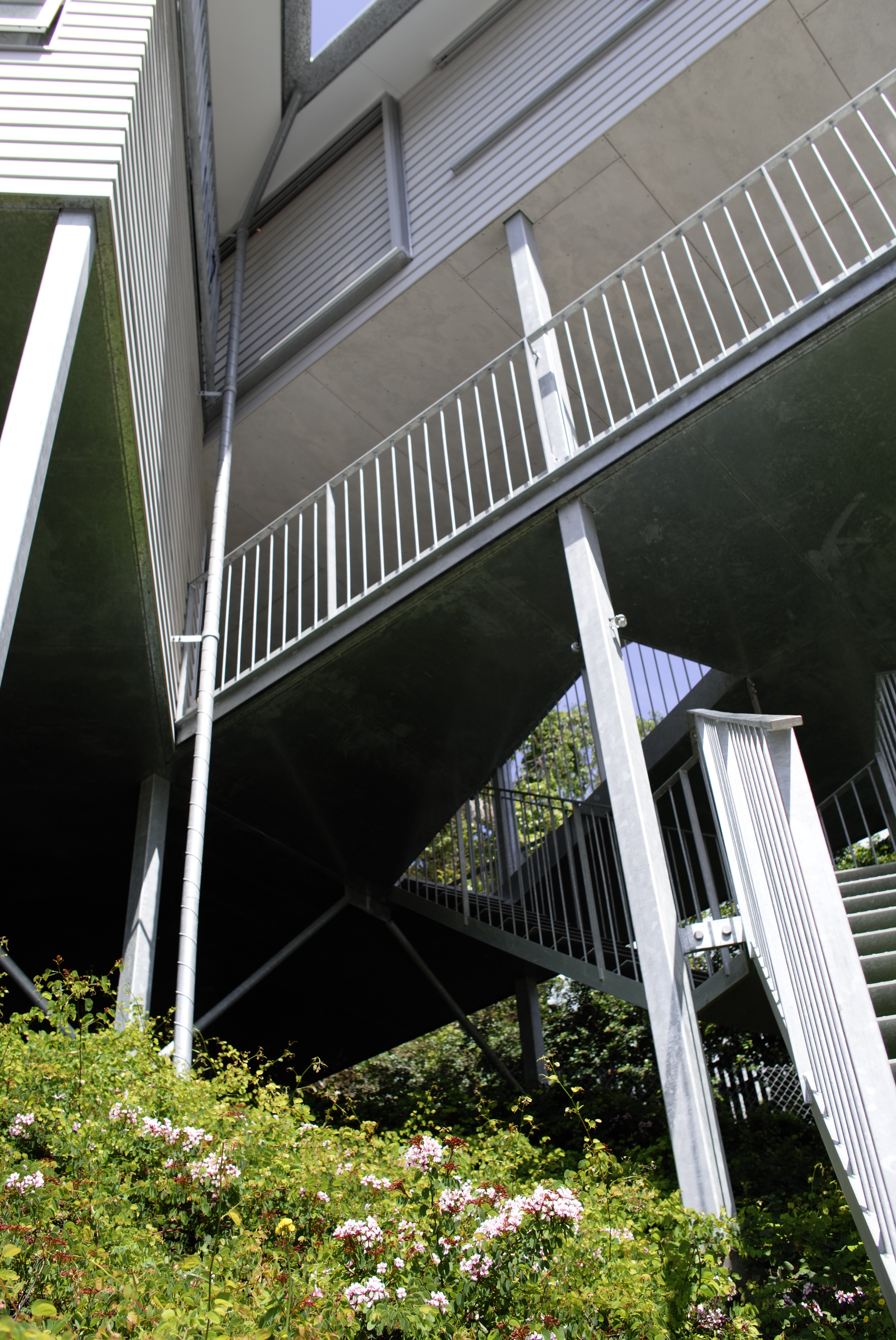 Intellect for Living in Semi-exterior Spaces that are Equivalent to interior
This residence is located in Brisbane, the capital city of Queensland, Australia. This region is home to the Queenslander — a traditional style of wooden stilted house complete with veranda. The characteristic veranda is an environmental interface for keeping sunlight off the buildings outer walls, and also serves to link residents to their city and community through acting as an entrance porch, and sometimes even a dining room or reception area for greeting guests. In Japan these roles used to be carried out by engawa loggias and earthen floors, but such spaces are now in the process of disappearing. People greatly value the type of lifestyle, which can take place in semi-outdoor spaces. I saw an example of this in a housing catalogue issued in 1939, in which indoor and semi-outdoor areas were displayed in different colours and both of their floor spaces noted down for readers.
Perhaps due to its short history since the nation’s founding, Australia attributes great importance to historical objects, and in some of its regions the Queenslander roofline is strictly protected. What is unique about the building extension process here is that the existing house is raised to a higher level, while the extension takes place underneath. In Japan there is a sense that one must extend buildings from the top layer, but the Queenslander method has numerous benefits, including the fact that it preserves the occupants’ pre-existing lifestyle, does not necessitate a remake of the waterproof layer, and does not cause any great change in the stress load of the existing structure. It is a rather surreal sight to witness a Queenslander floating high in the sky while its extension is being constructed underneath. Perhaps feeling a synchronicity with this figure of a Queenslander undergoing extensions, a client contacted me with a picture of my House in Rokko that he had found on the Internet. He was seeking a minimalistic lifestyle, and had high expectations that we could help him achieve this with our Japanese scale and sensibilities.
Inspired by the plentiful intelligence of the Queenslander, I redefined this intellect as one necessary for a lifestyle, which is conducted equally between indoors and in semi-outdoor spaces, and set about deliberately misinterpreting its contents and style. I made sure that each indoor space had an adjoining outdoor area with an overhead roof, and installed a dining room and kitchen in both the interior and outside. To accomplish this, I combined a house-shaped volume, or more accurately, volume with a slender hipped roof inspired by the Queenslander, at 45. This created a geometric shape in the intersecting areas of the ceiling, which remind one of pointed cross vaults. The large apertures are hidden under the eaves, shielded from the strong Brisbane sun. Due to the reflections and permeations of light from the slanted glass, the inner and outer landscapes are intricately mingled together, and merge into one when the glass doors are left wide open.
Although the Queenslander was a type of colonial style, which had also been constructed in Japan, I believe it had not evolved or become established as a style here, excluding the adoption of small verandas in some cases. However, it has been wonderful to see continued experimentation in Brisbane, contributing to the accumulation of intellect surrounding the Queenslander as a developed form. This type of high-floored space under eaves used to be found widely in hot and humid Japan as well, but with the recent advent of architecture, which relies on air conditioning, it is passing out of popular memory. I wonder if it is possible for us to use a fresh outlook to reclaim the comfort inherent in interfaces between semi-outdoor spaces and the environment, and its power to connect people to their surrounding climate, cities and communities.