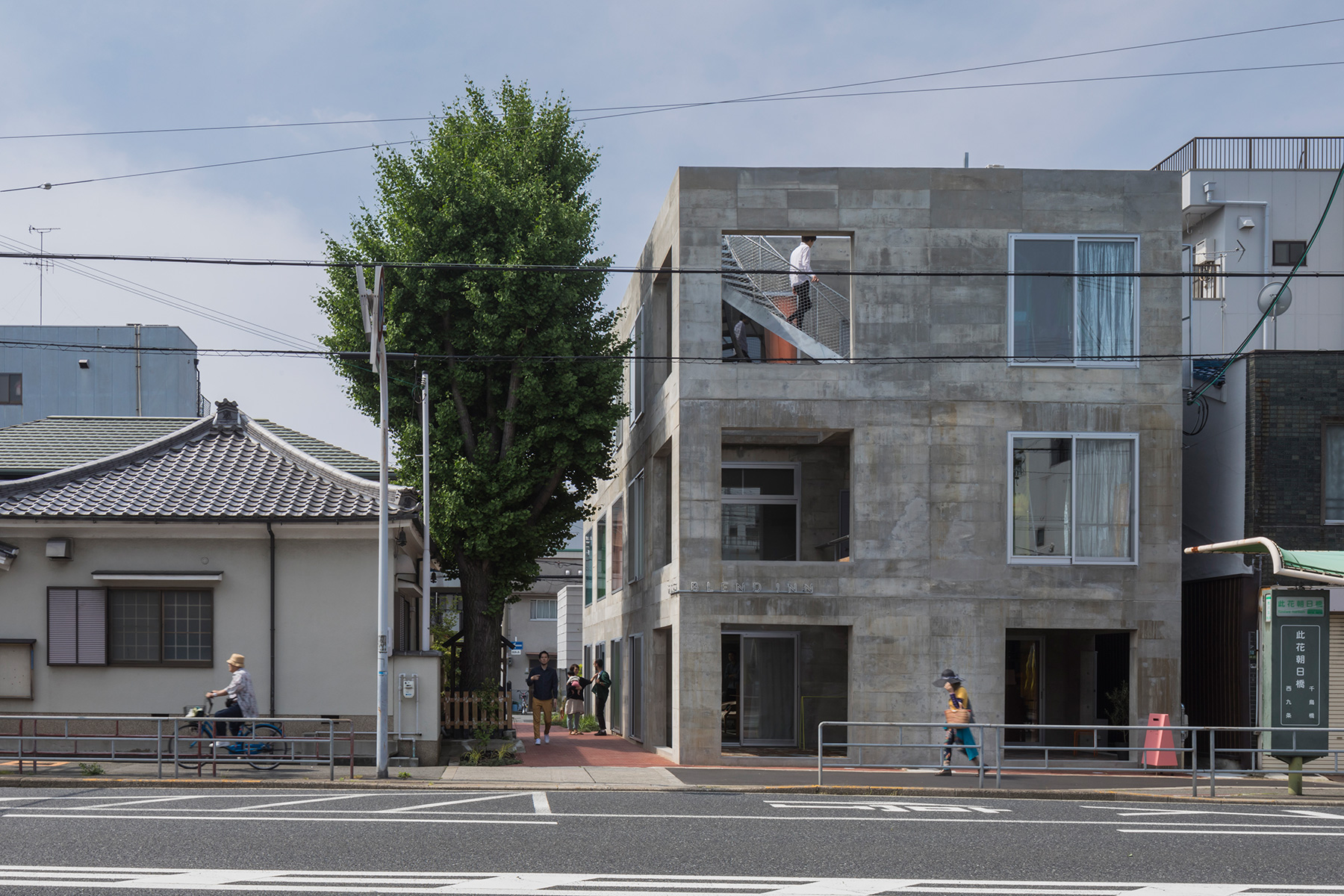 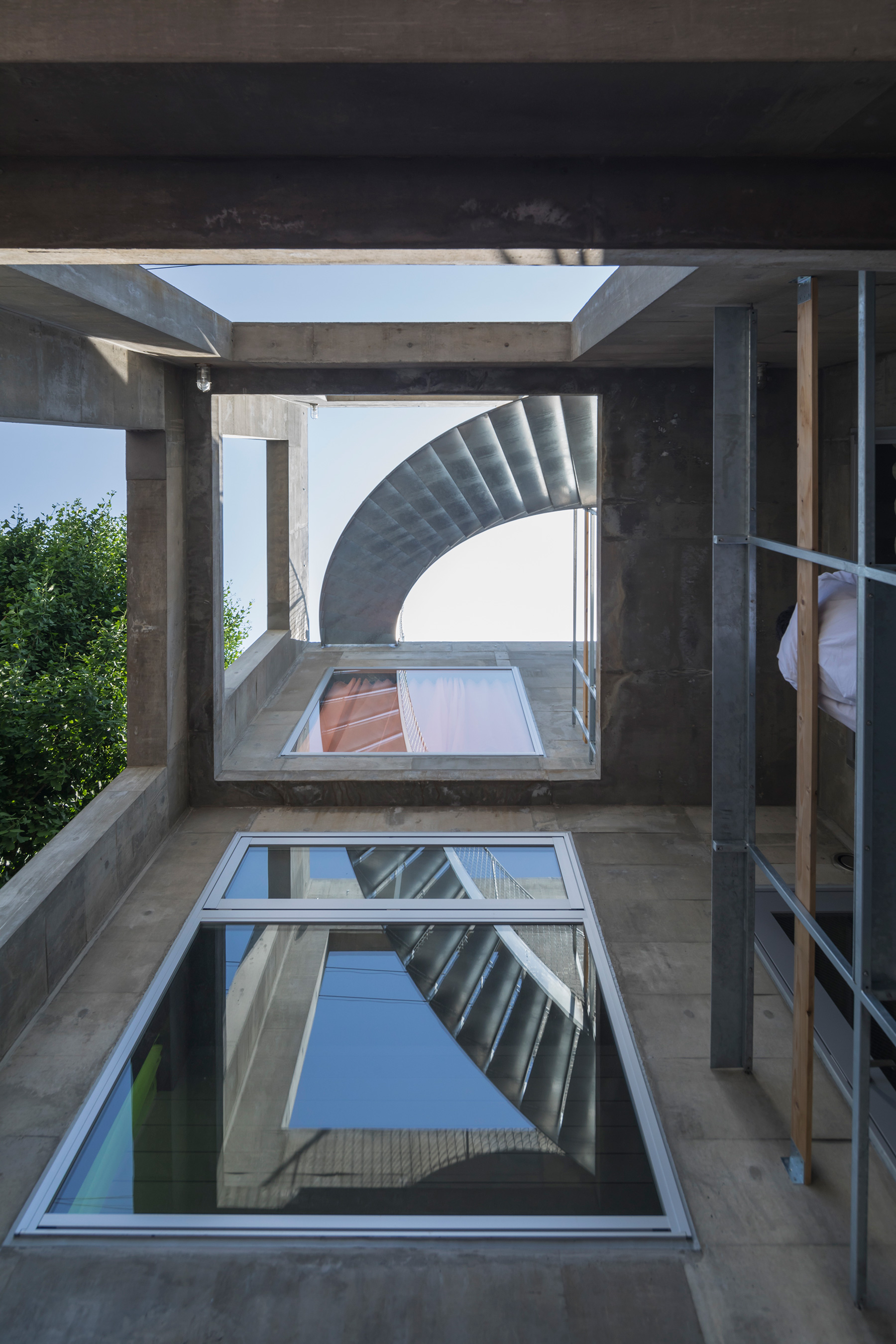 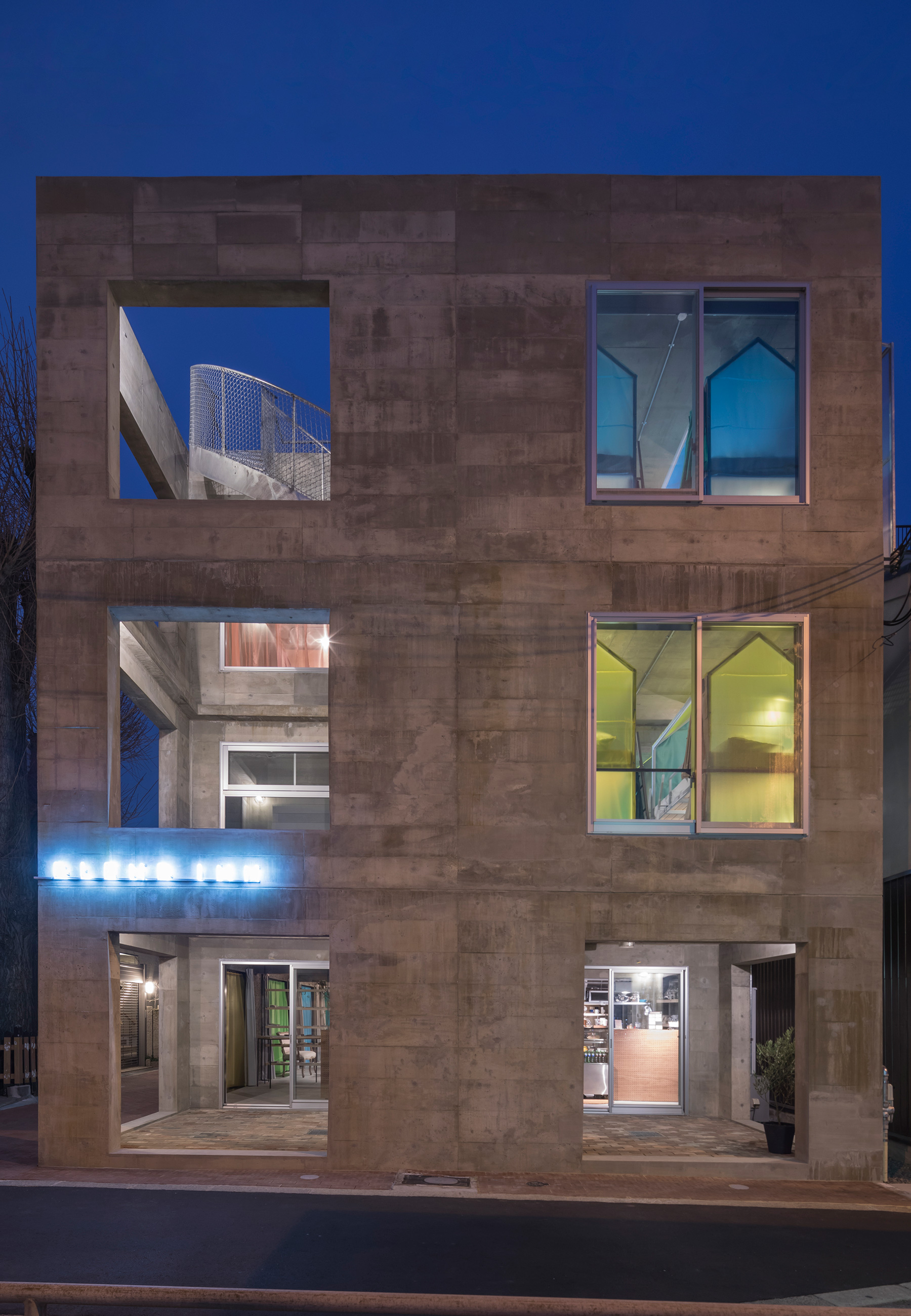 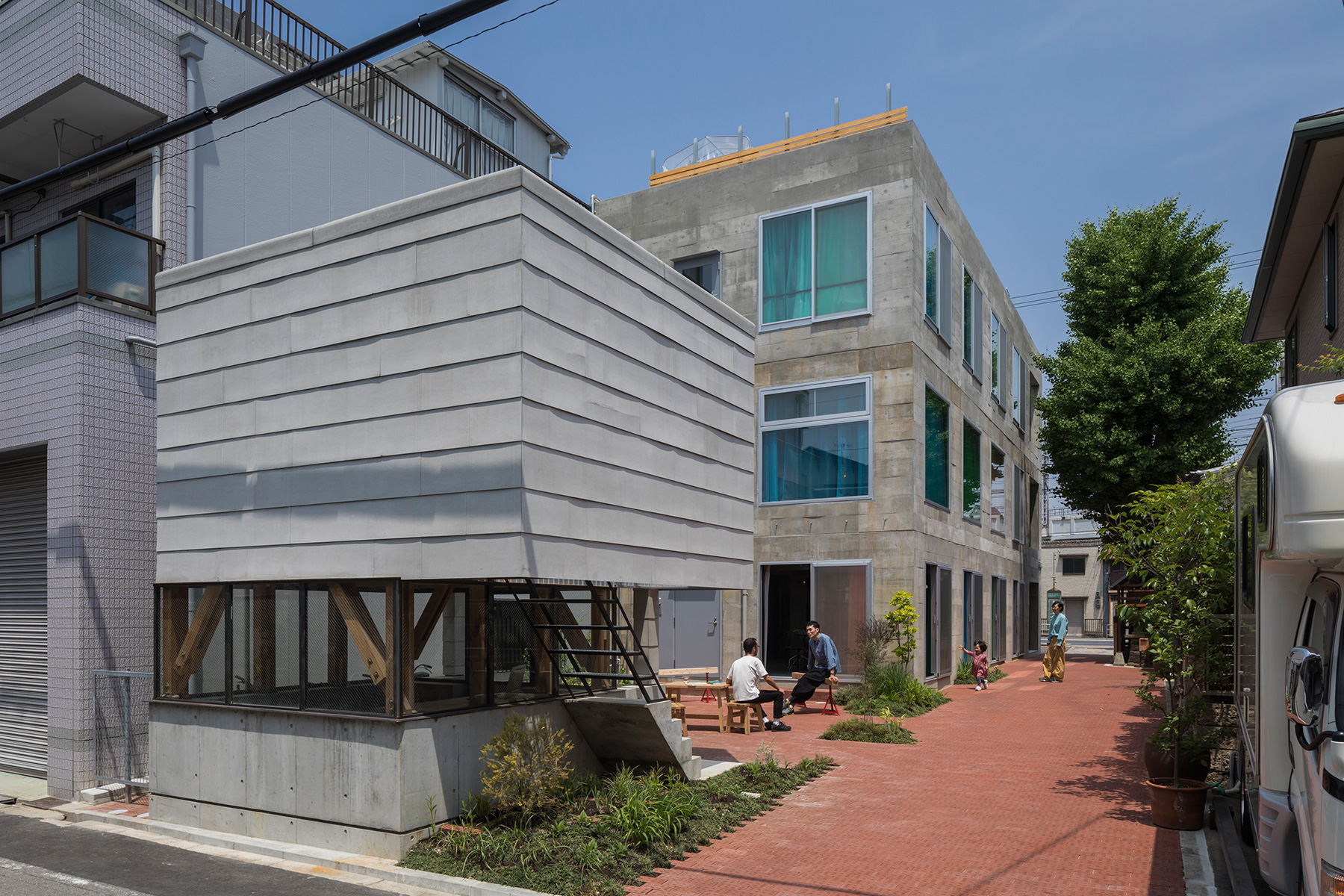 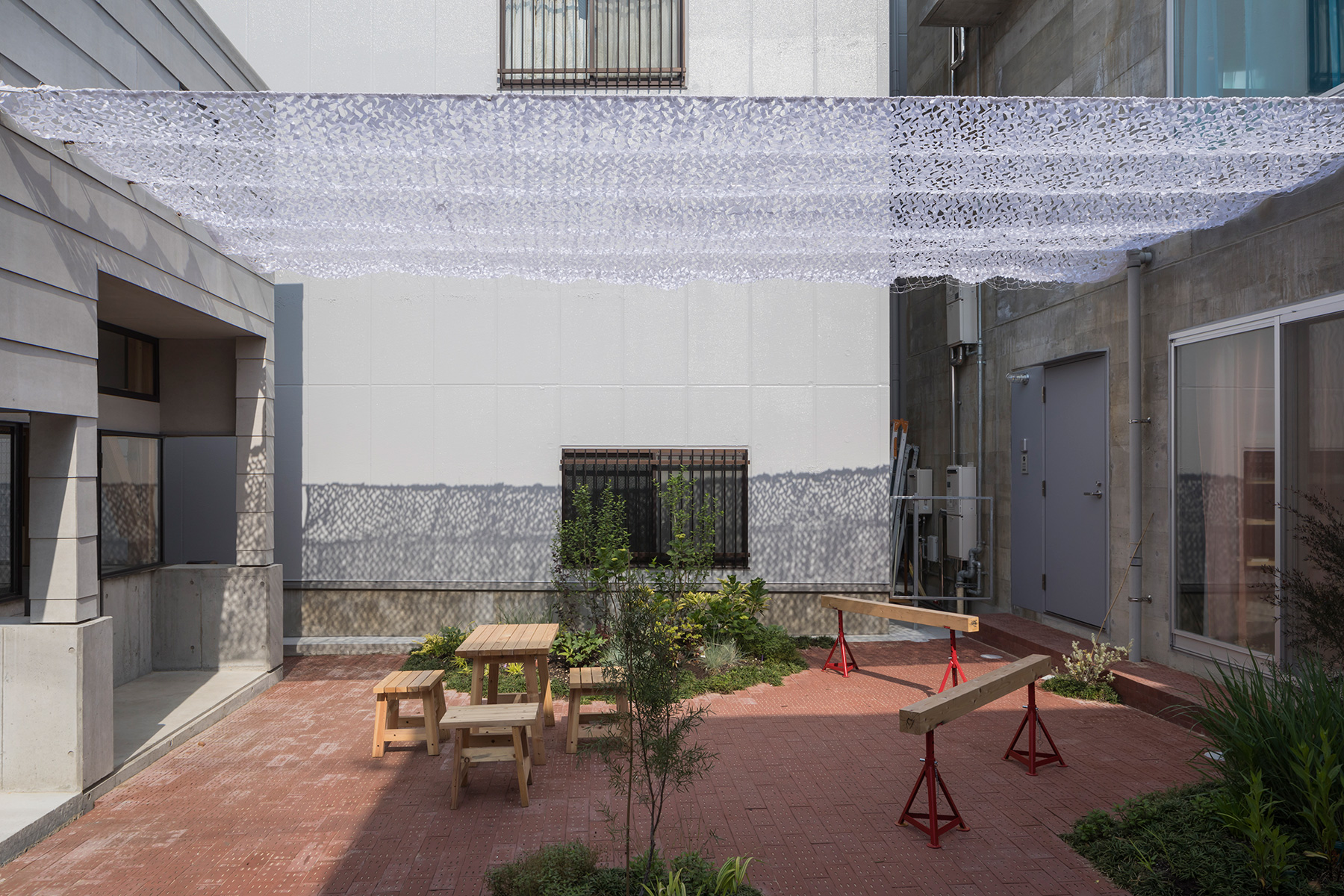 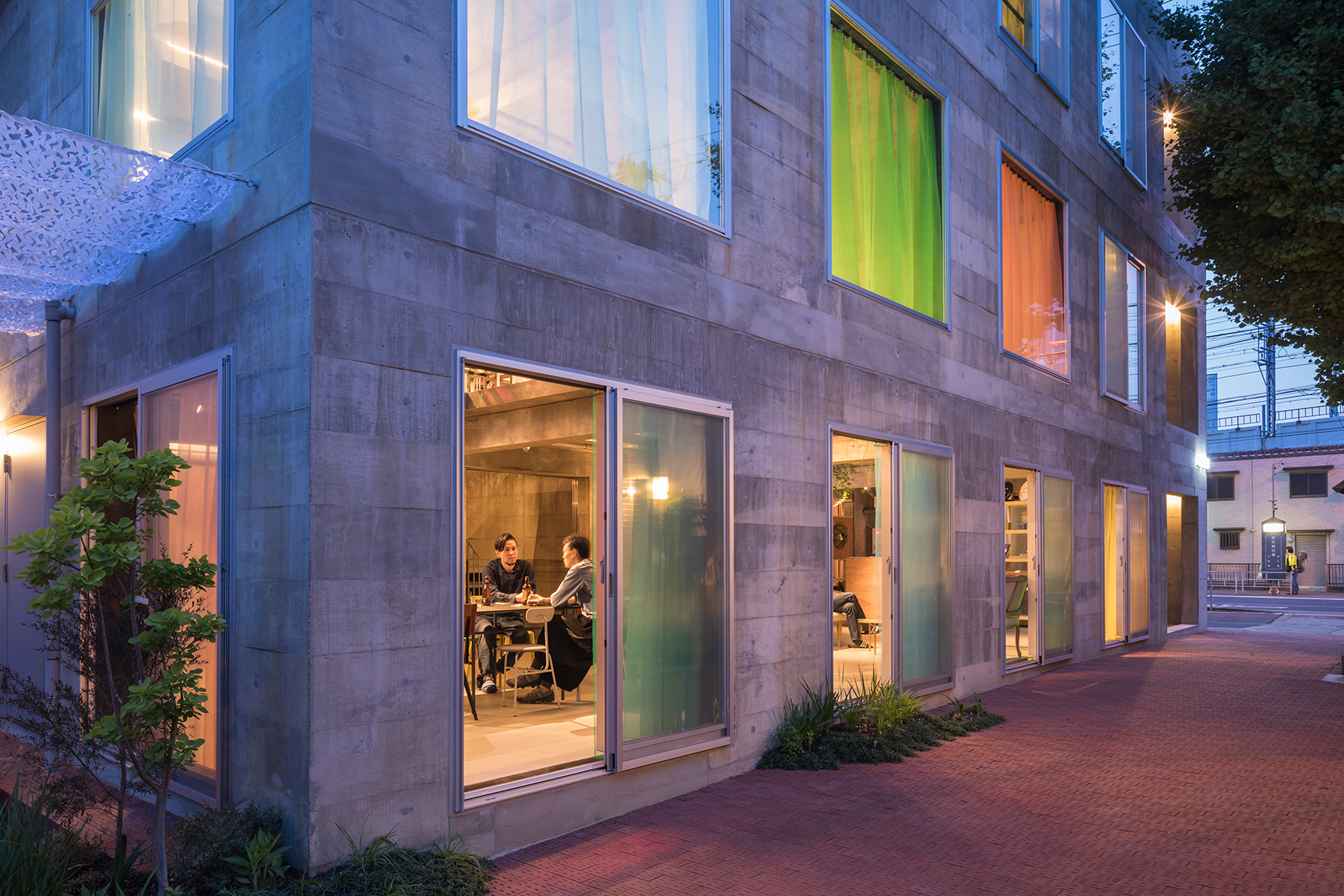 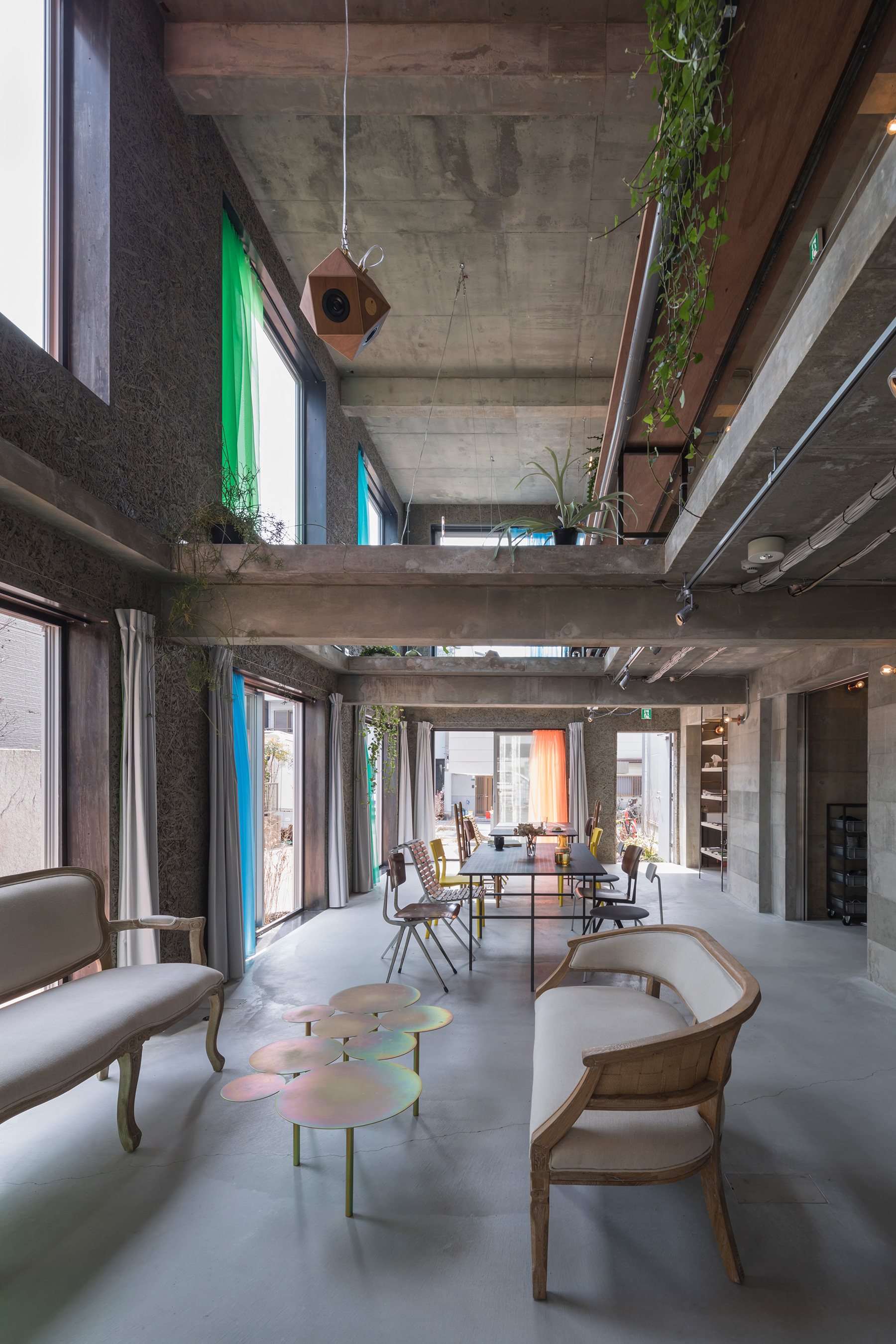 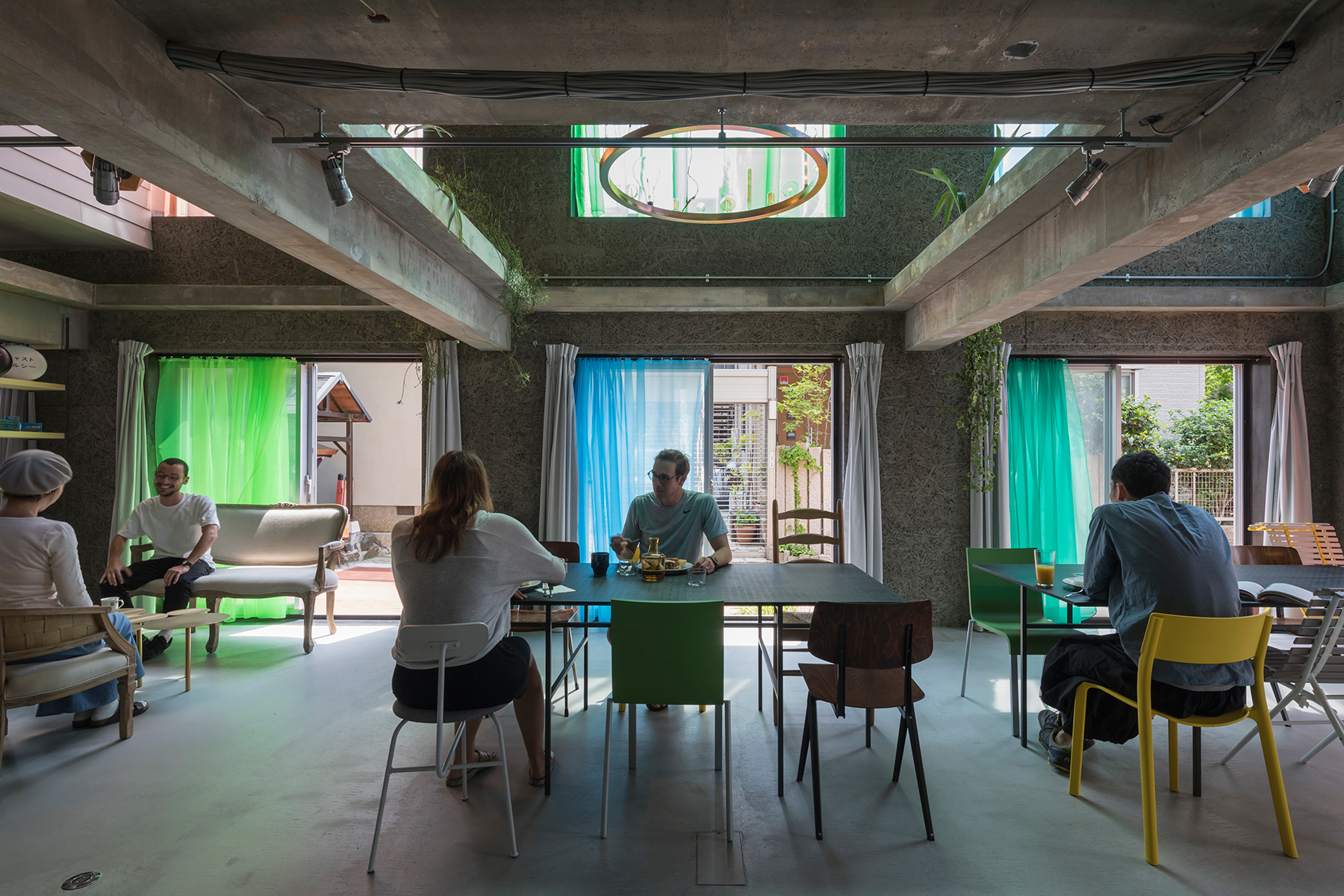 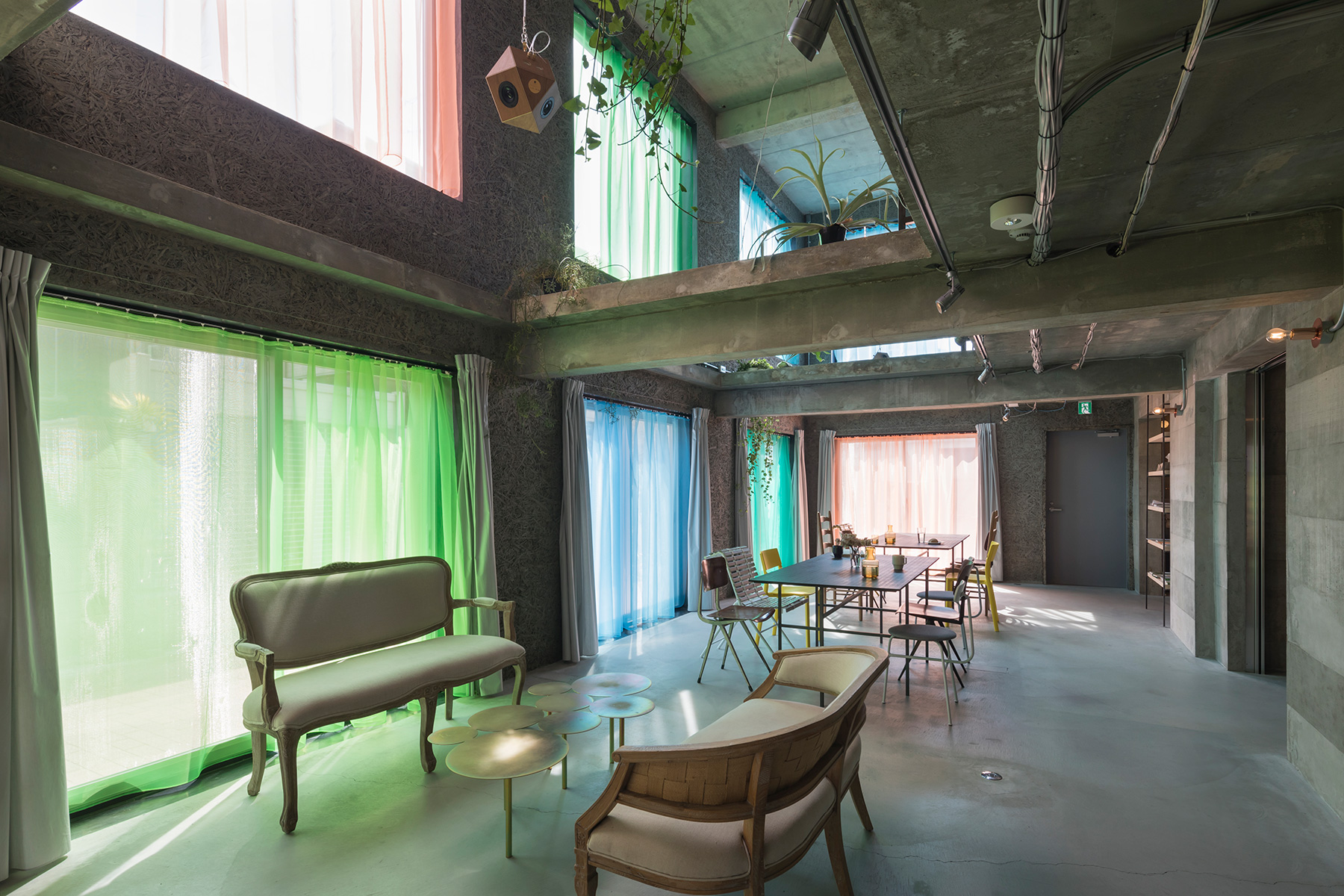 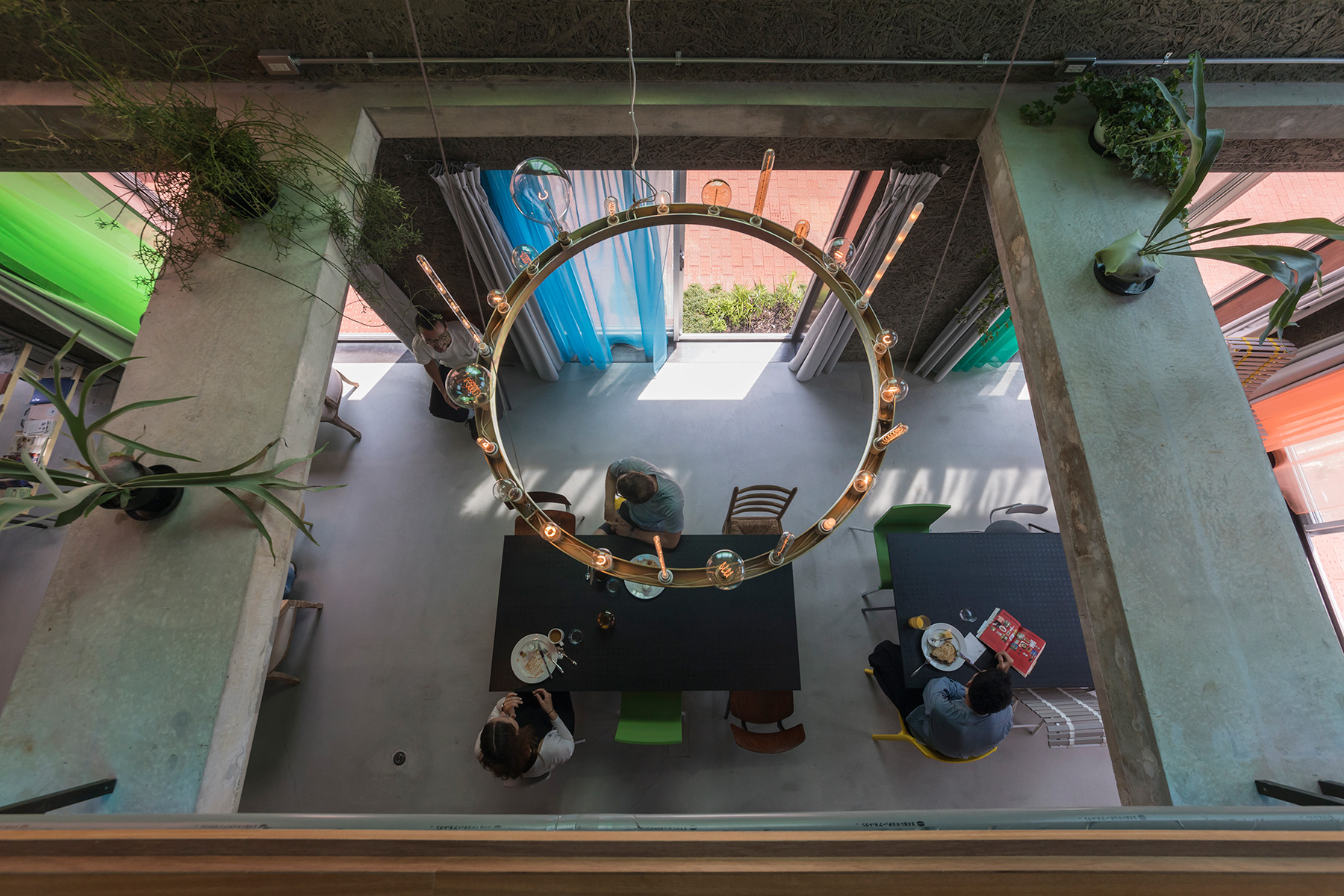 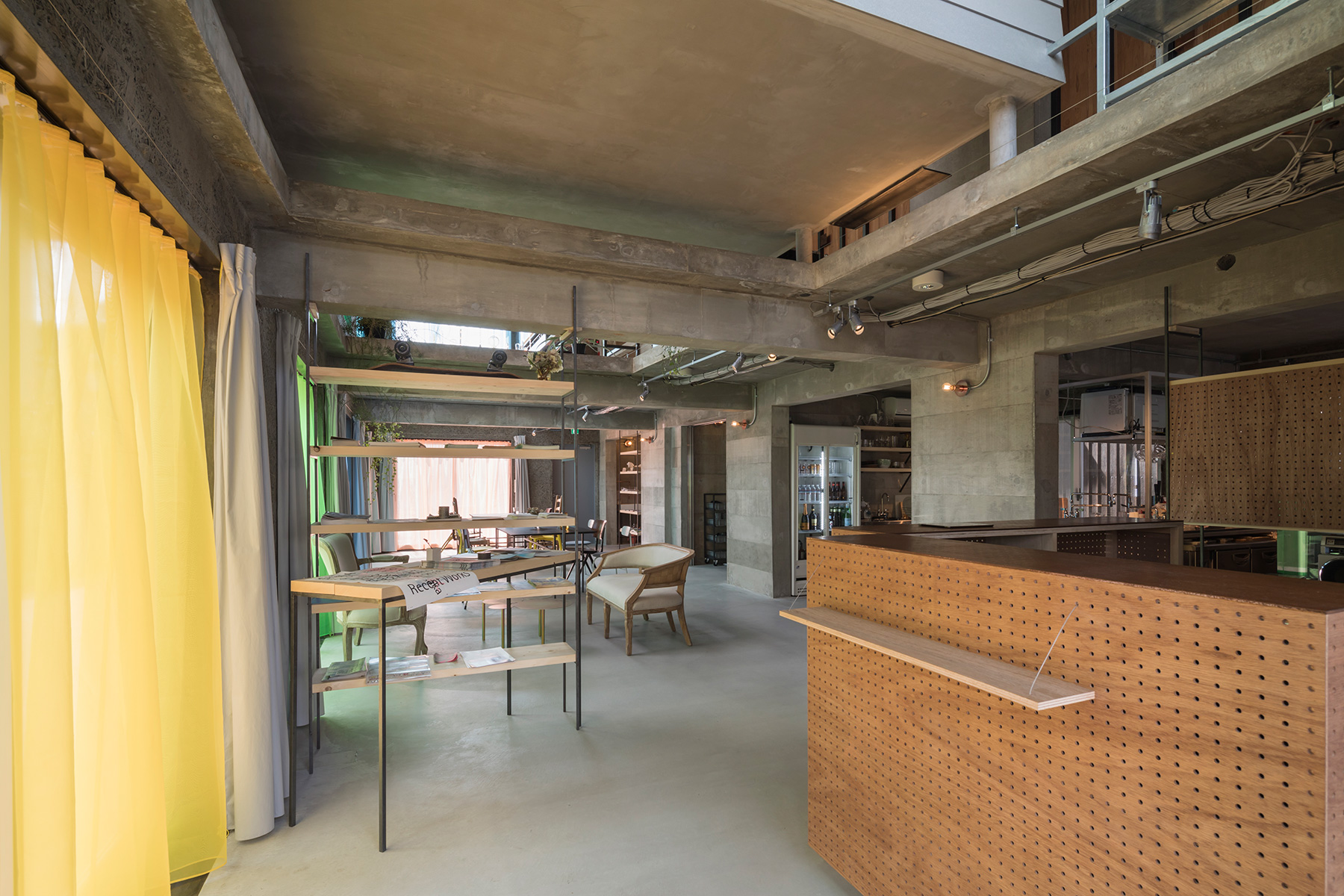 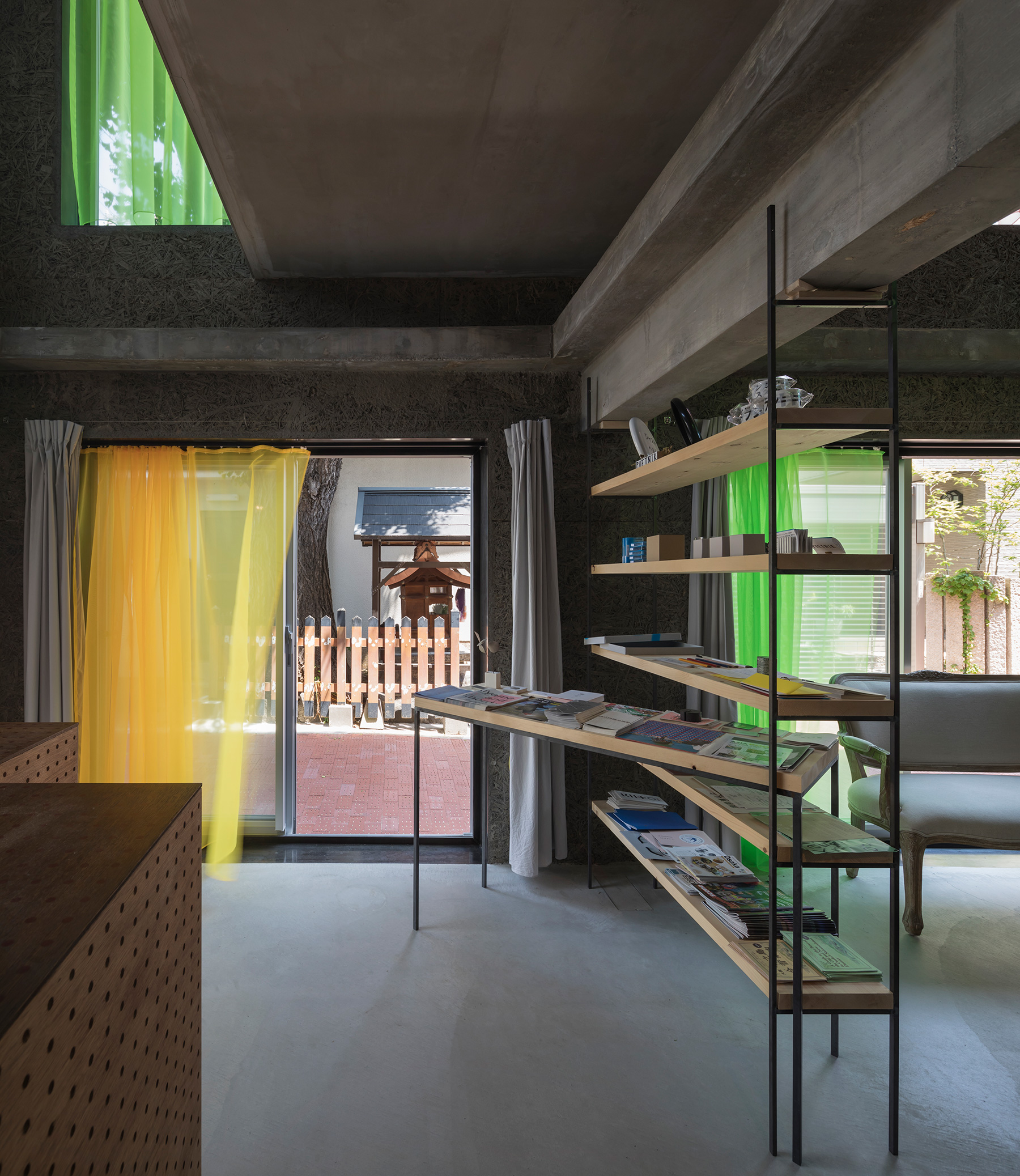 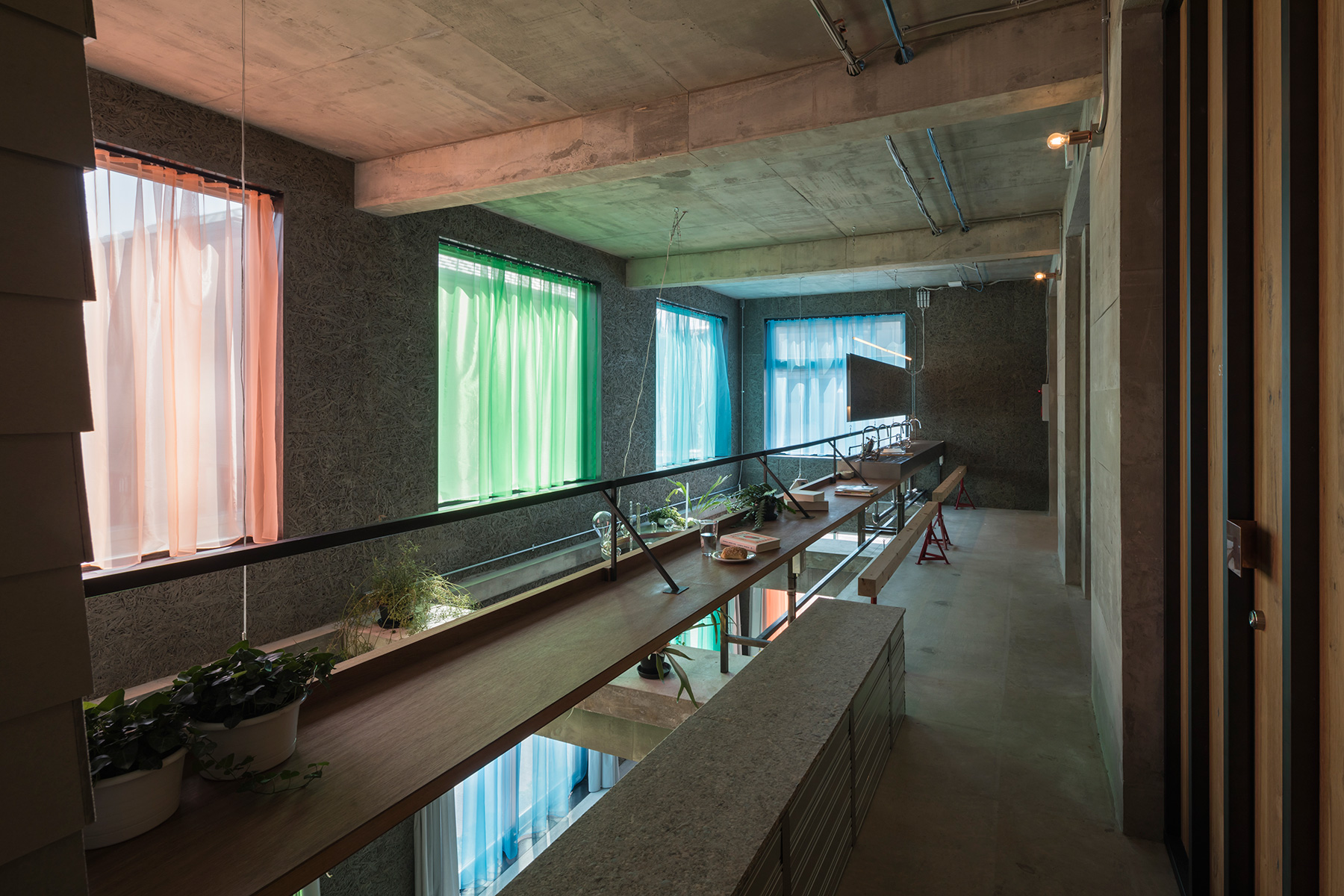 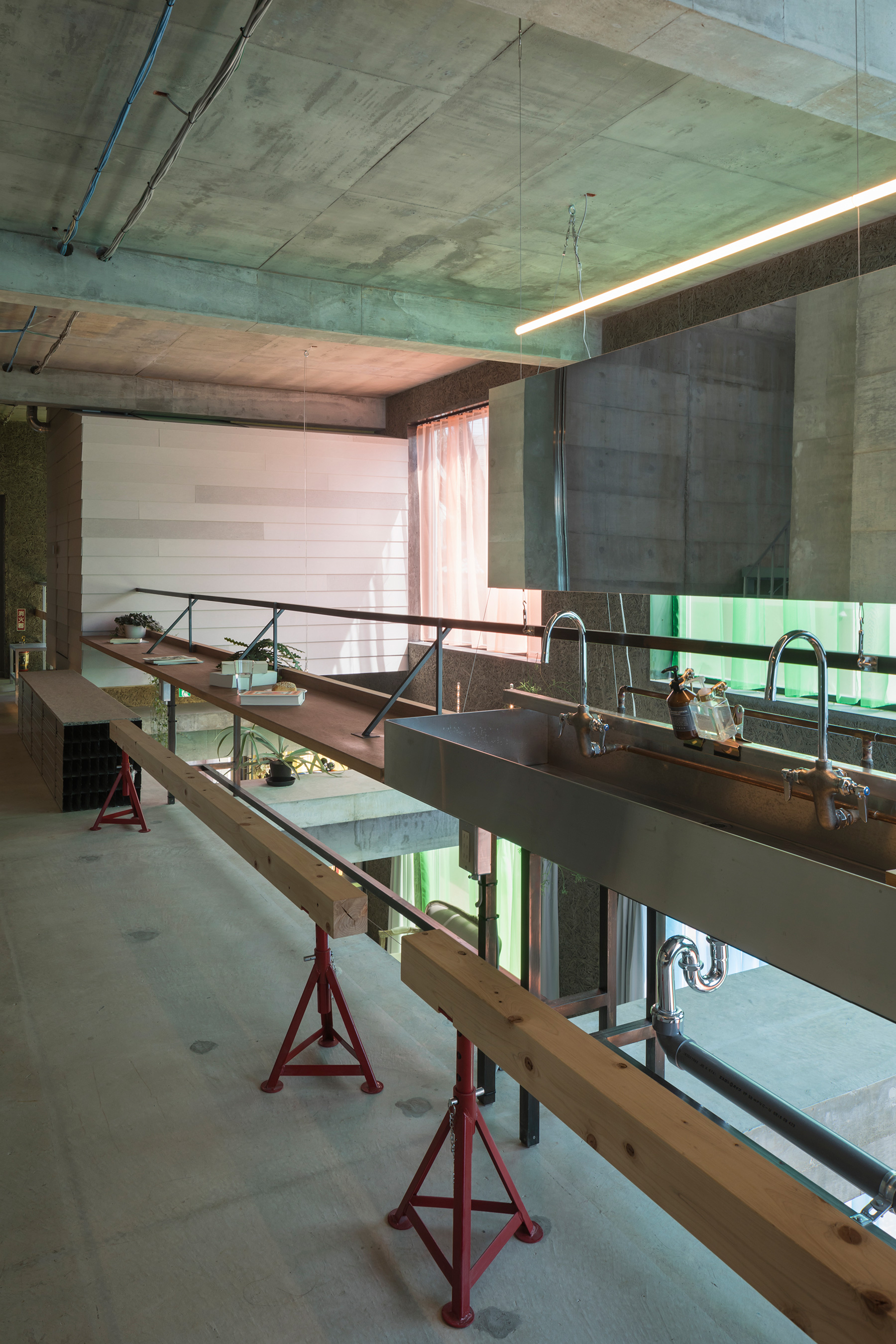 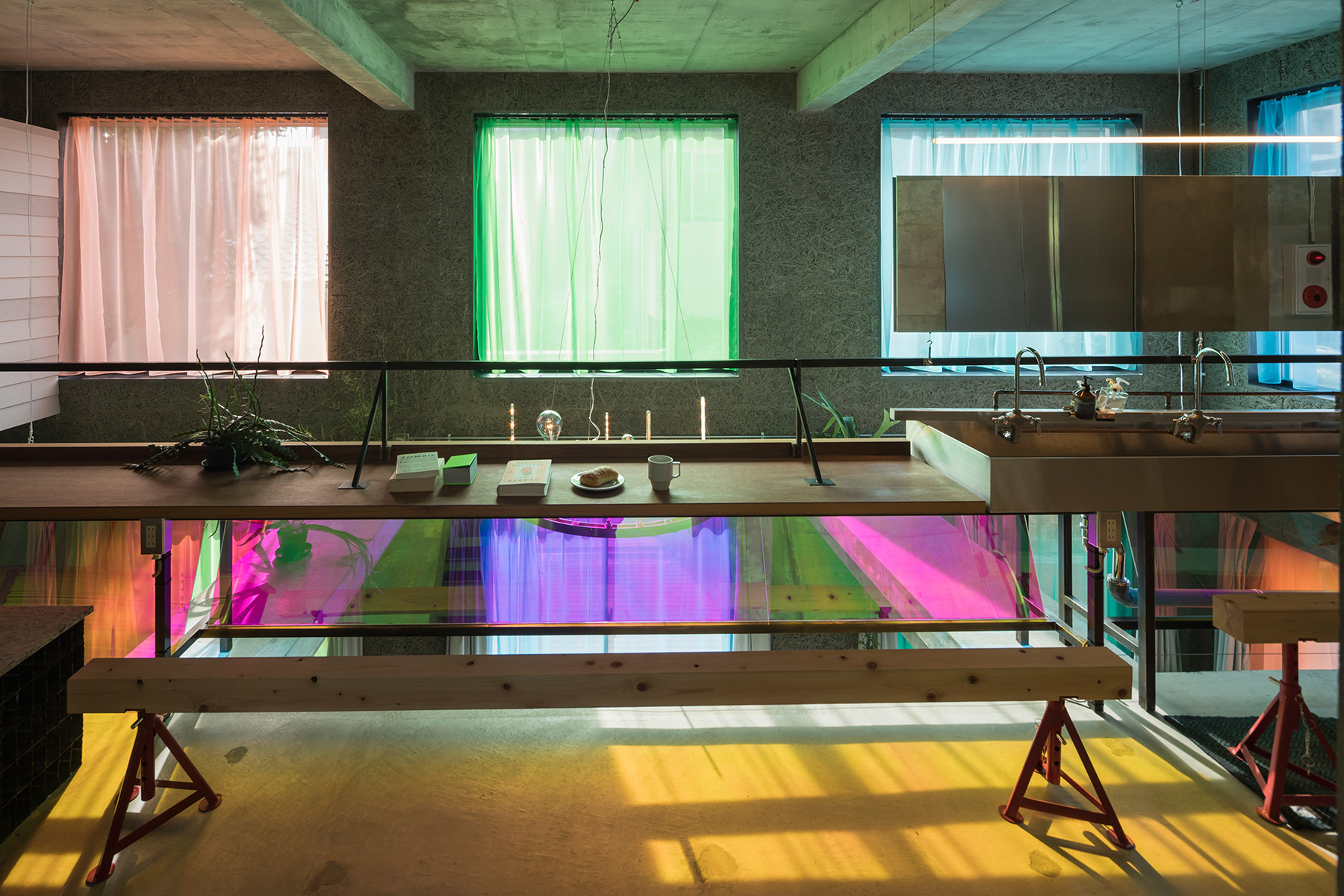 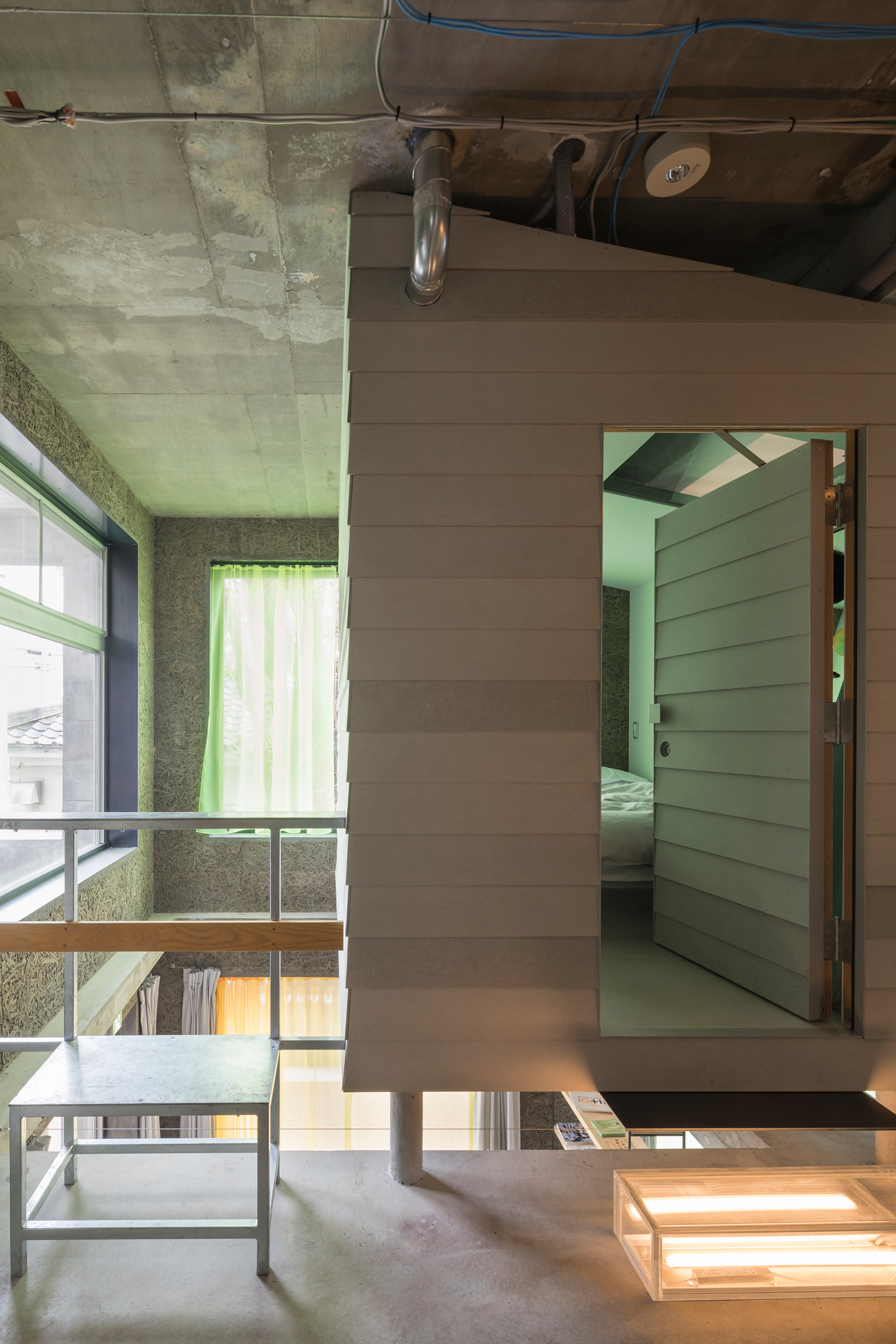 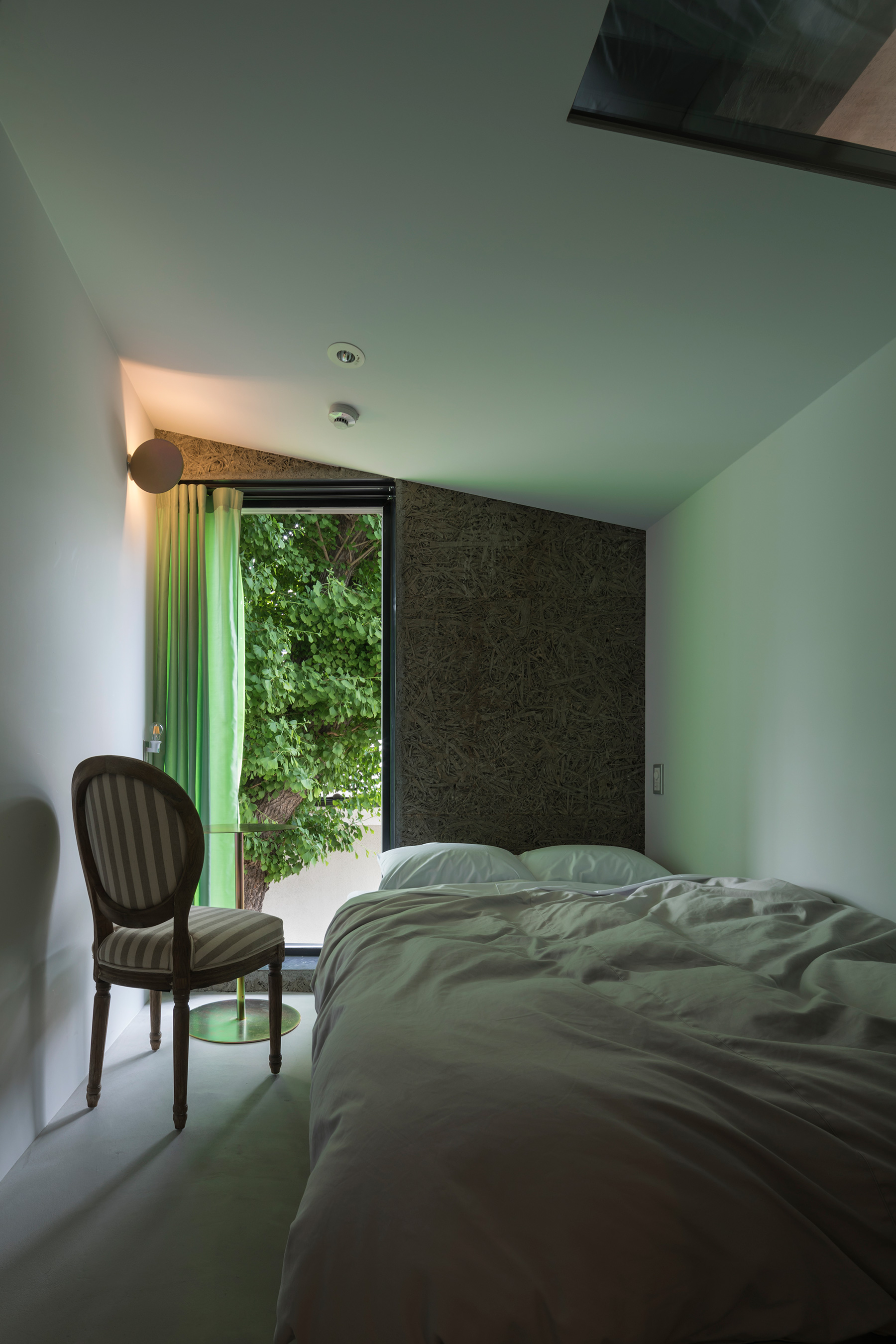 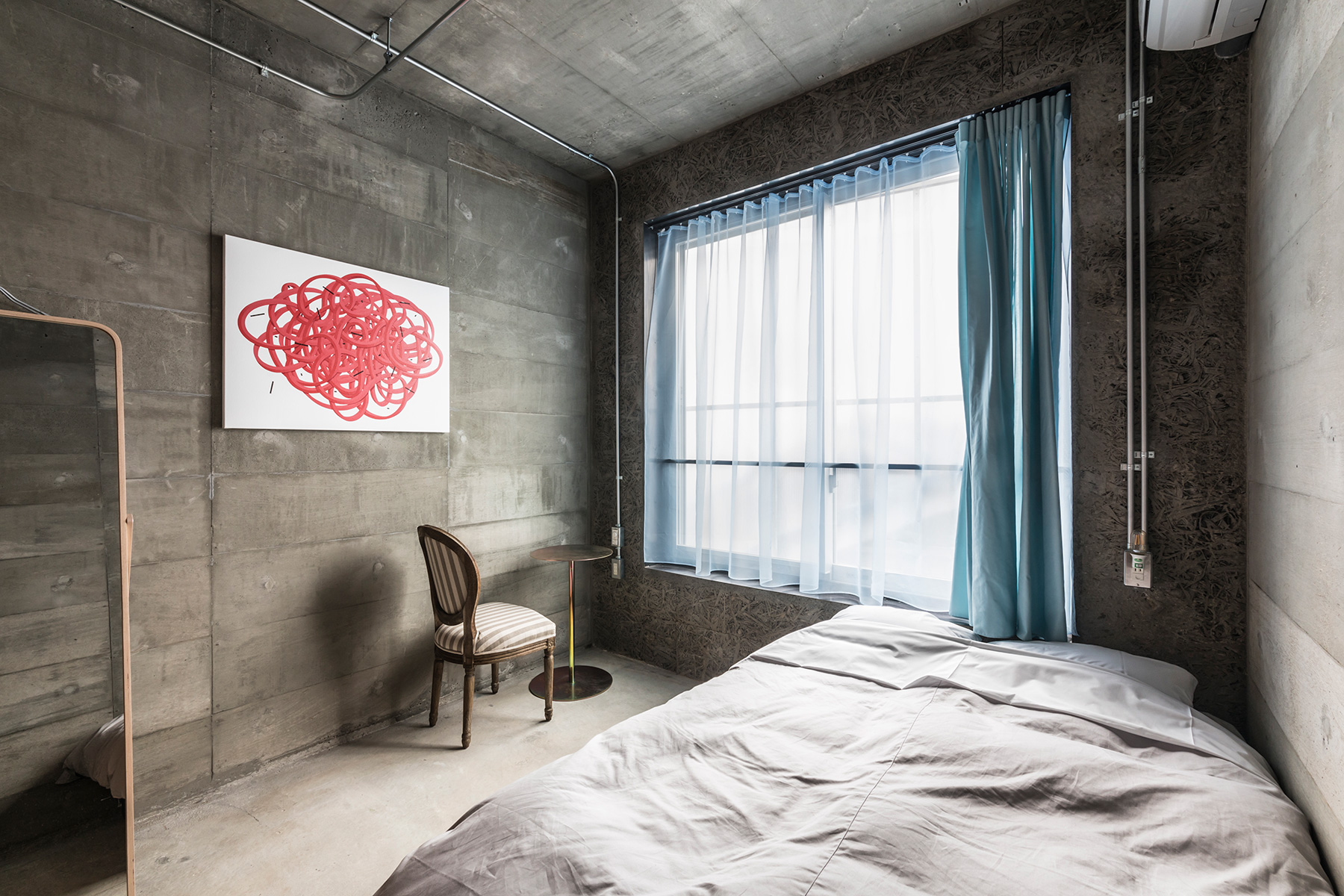 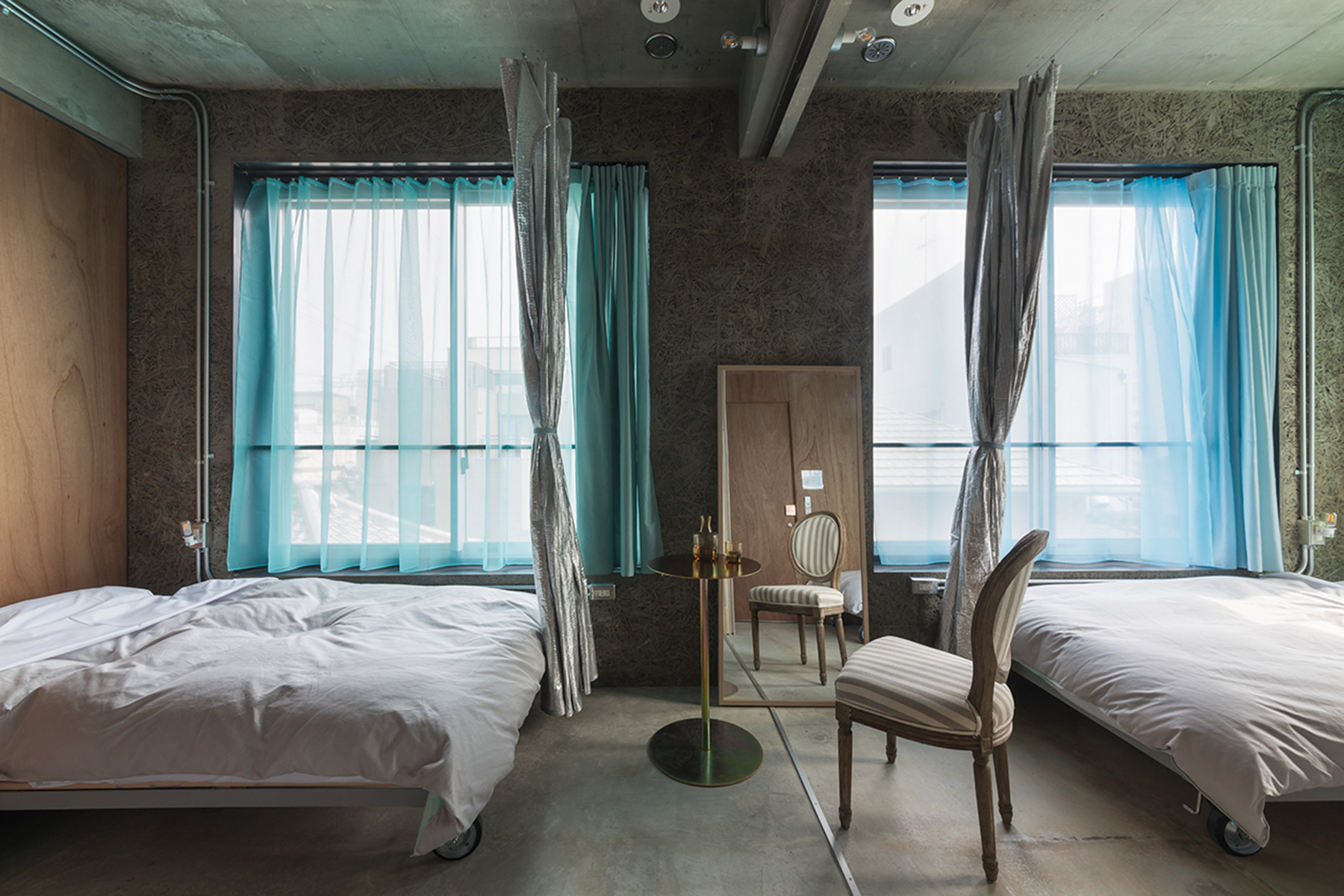 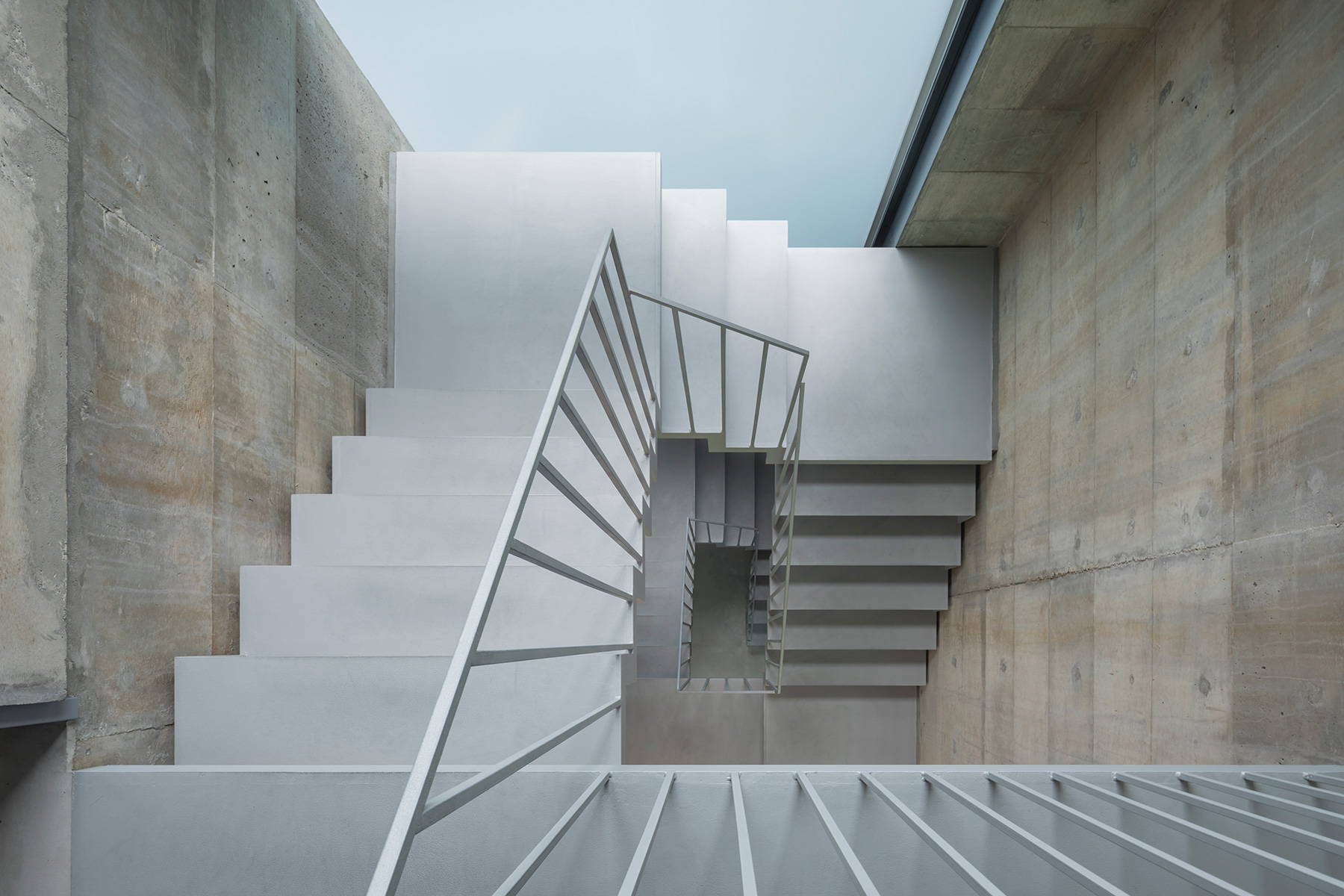 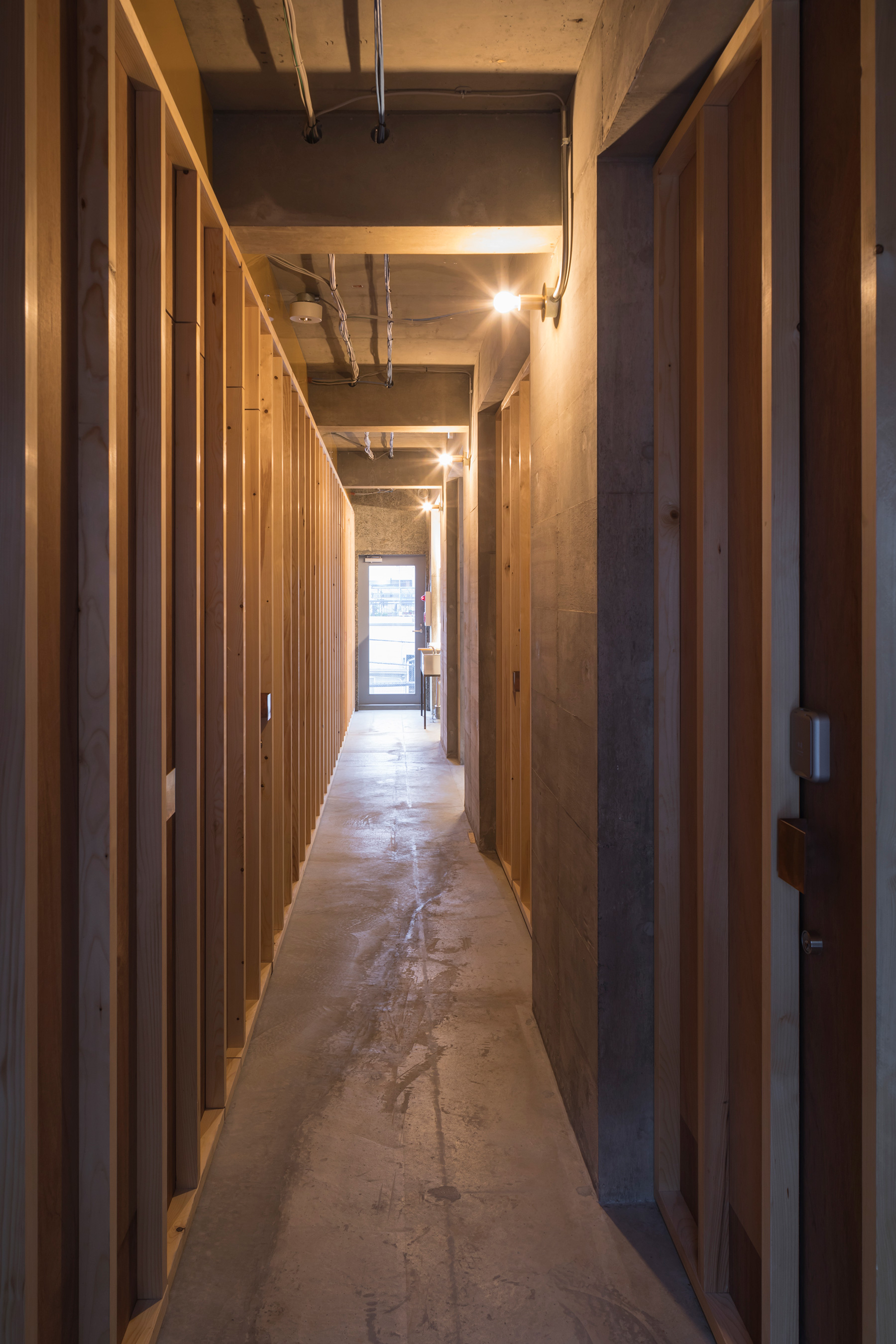 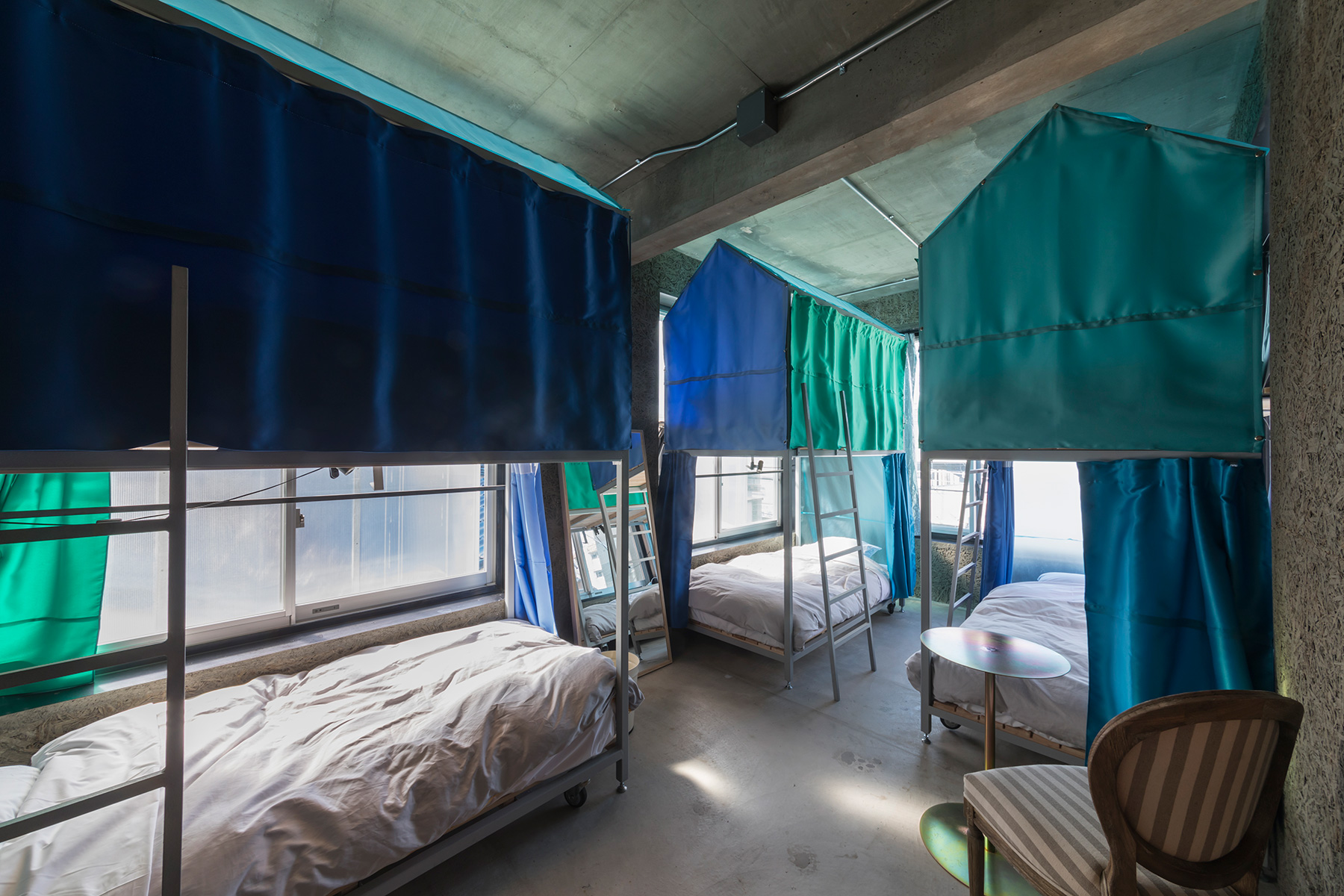 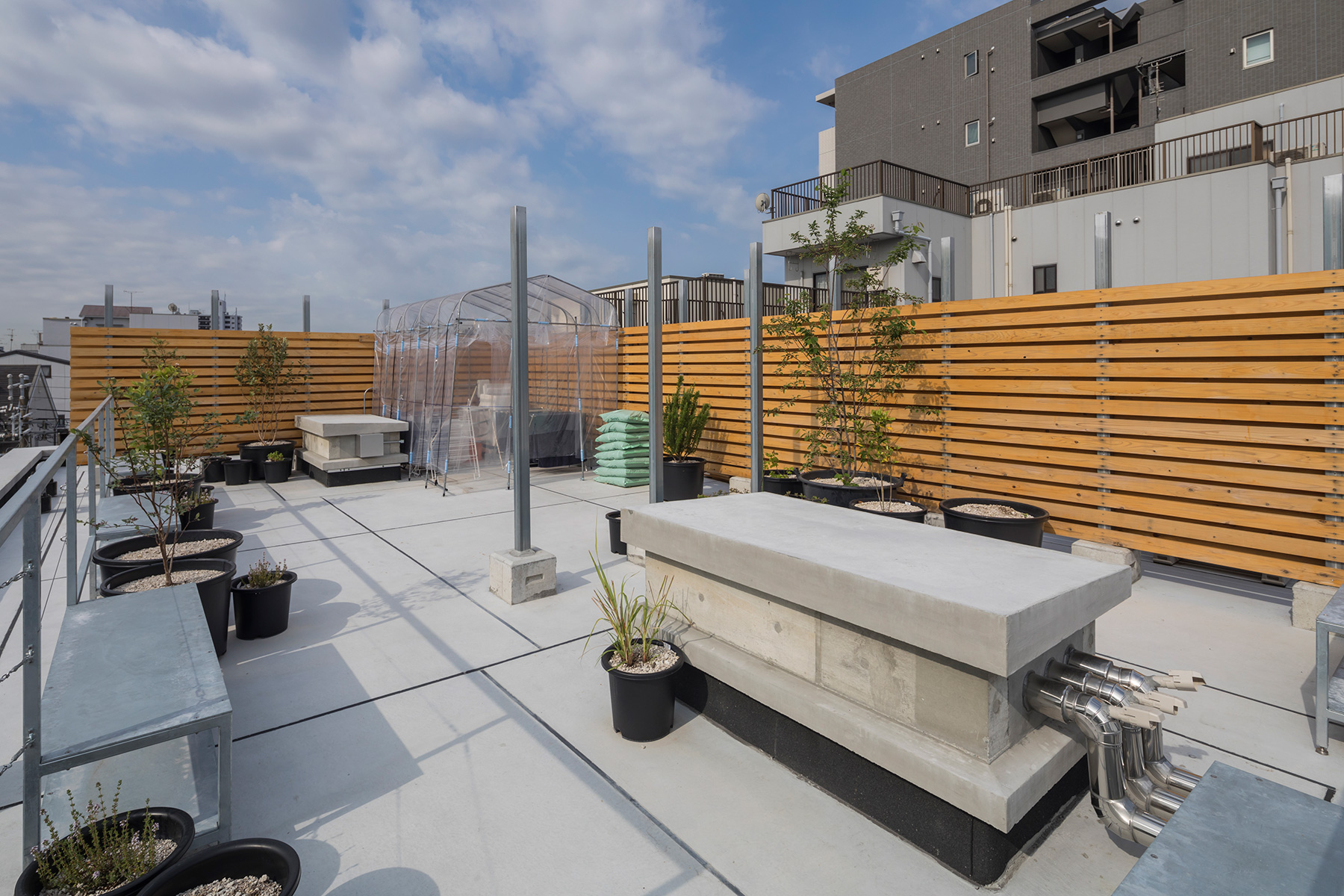 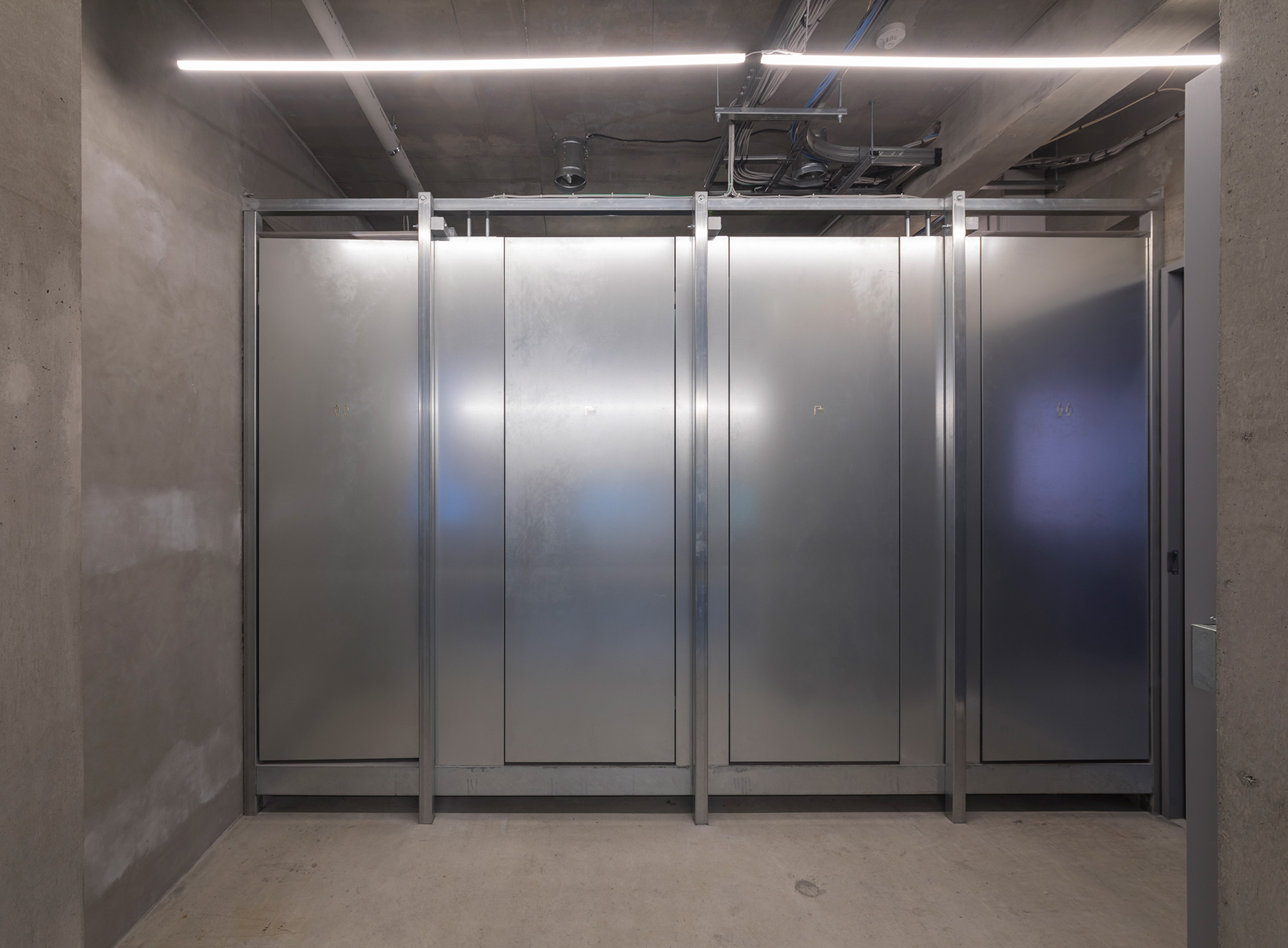 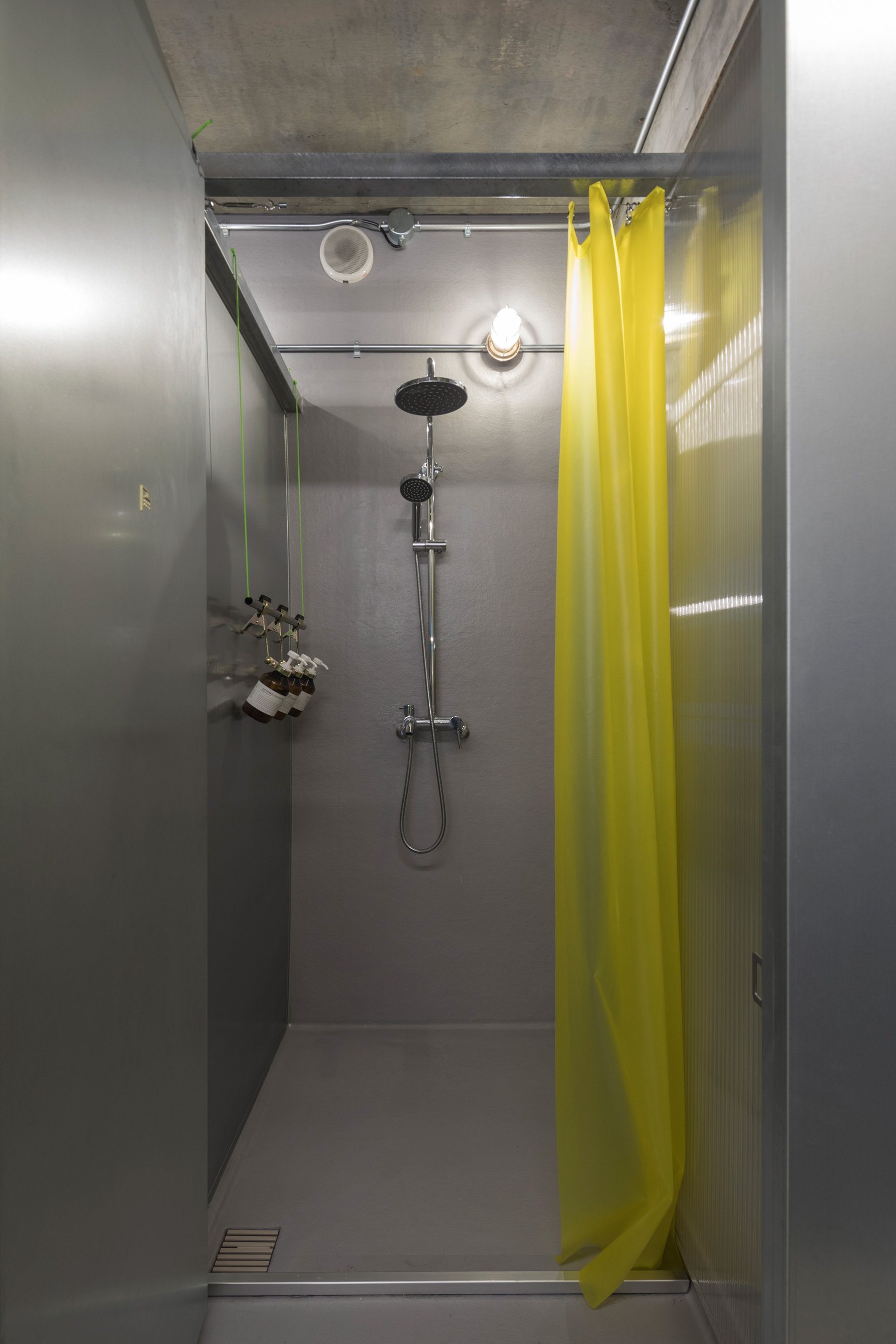 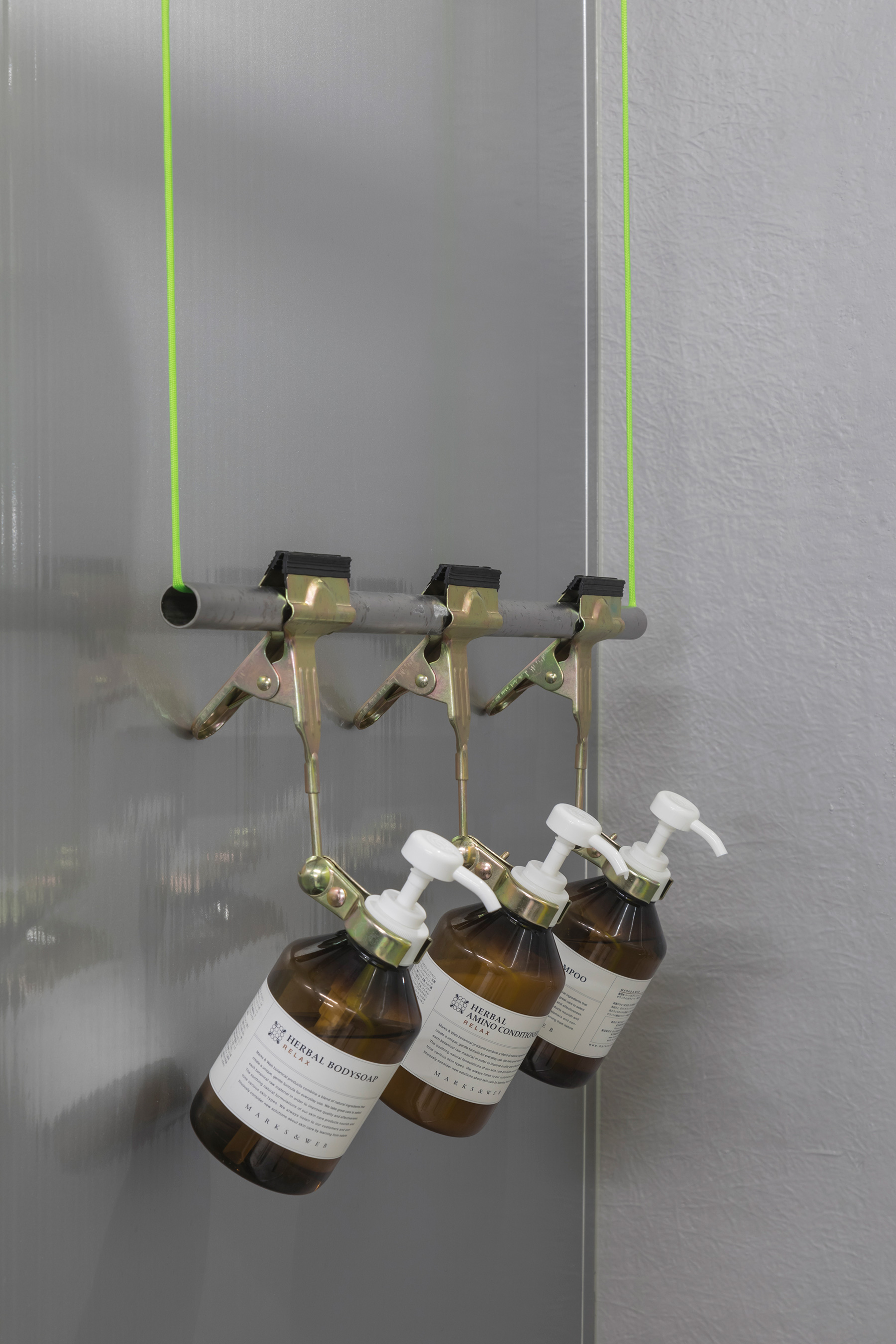 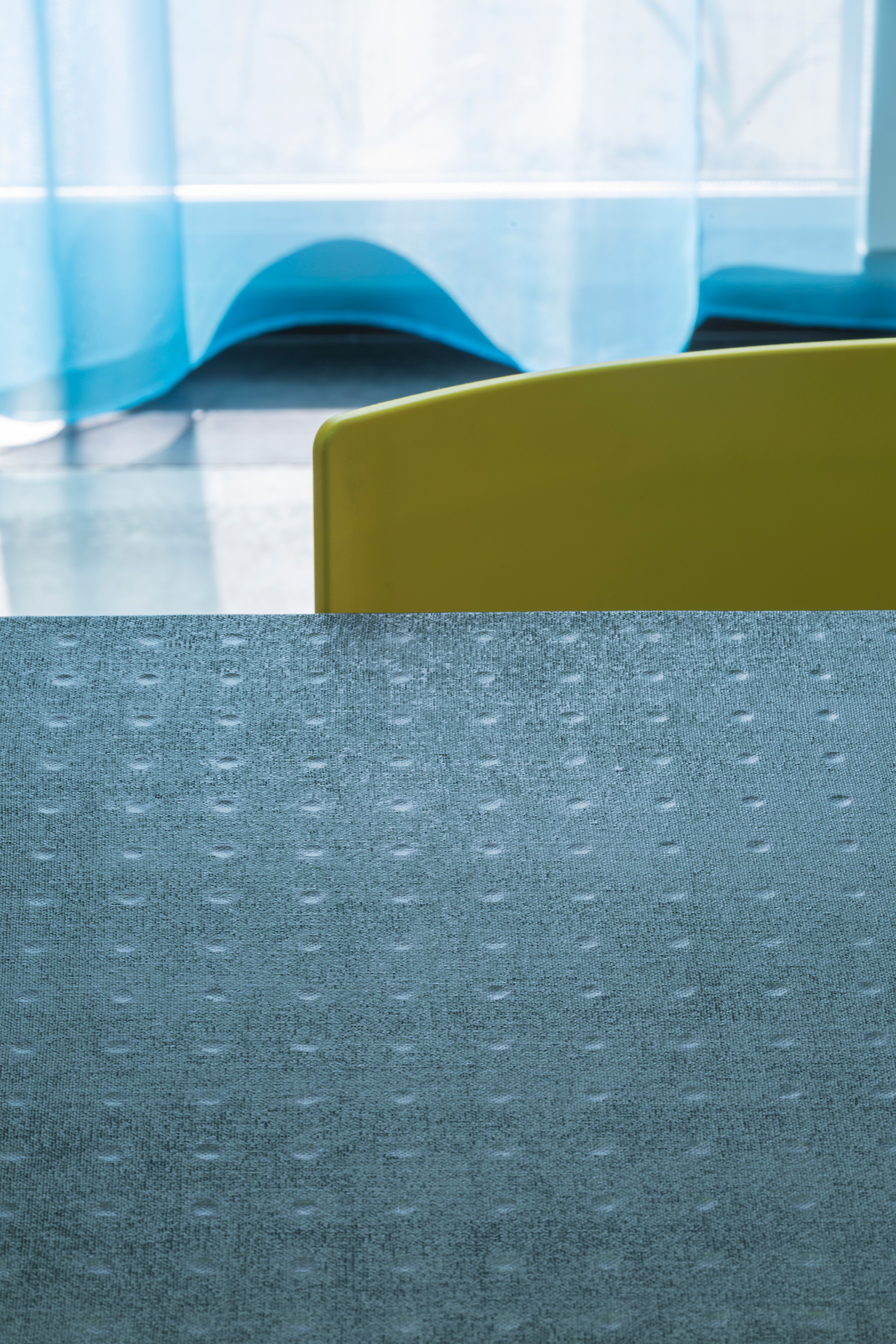 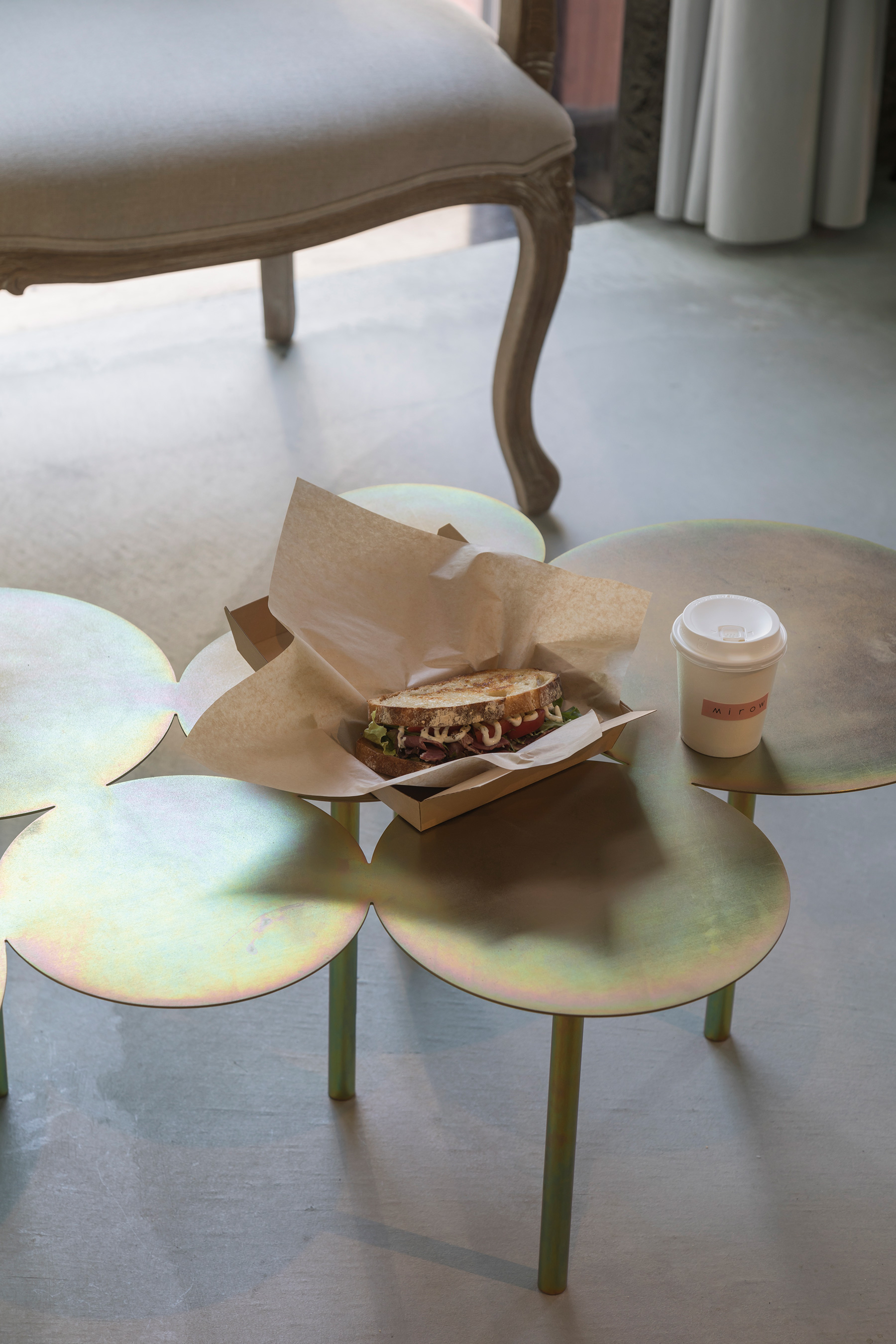 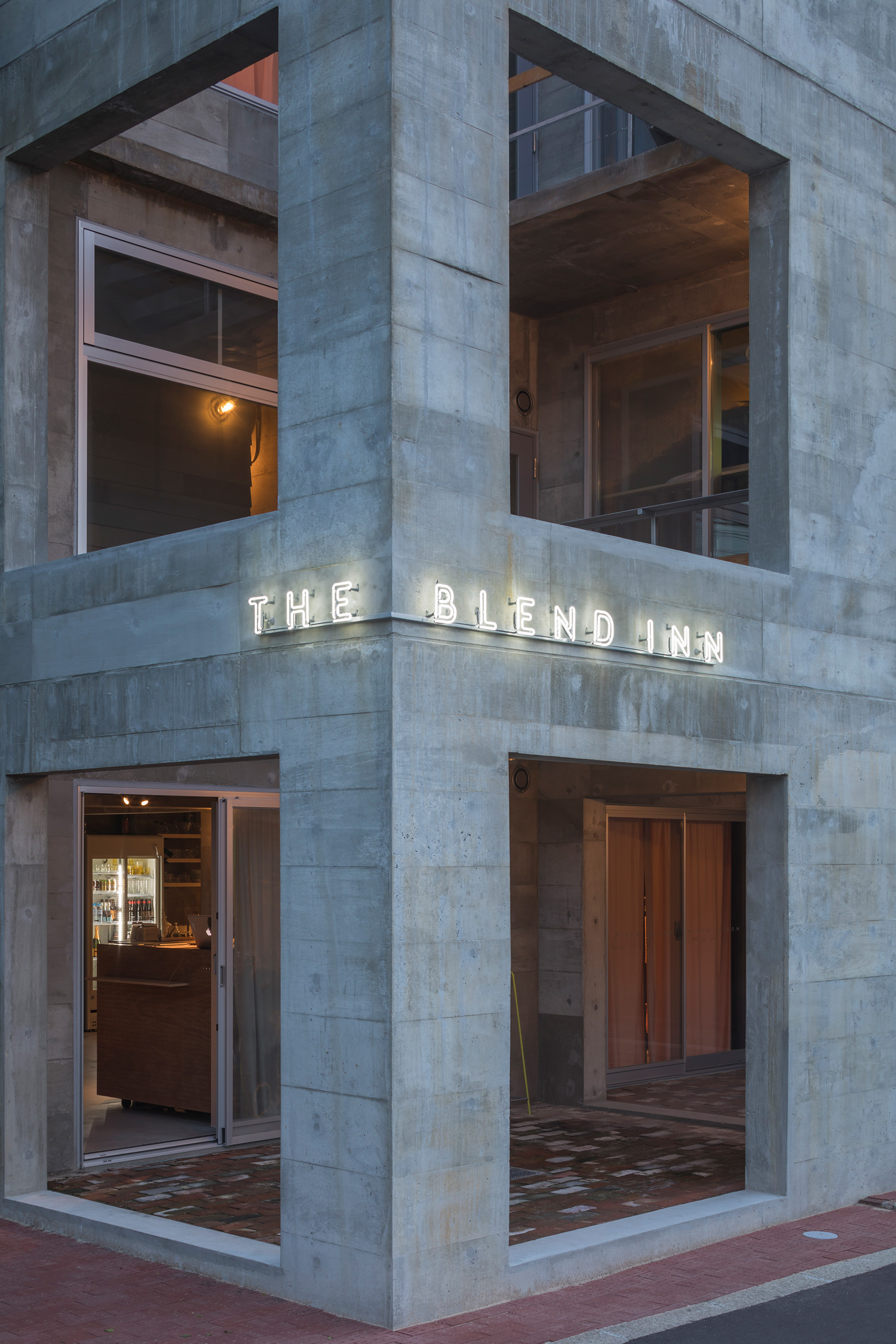 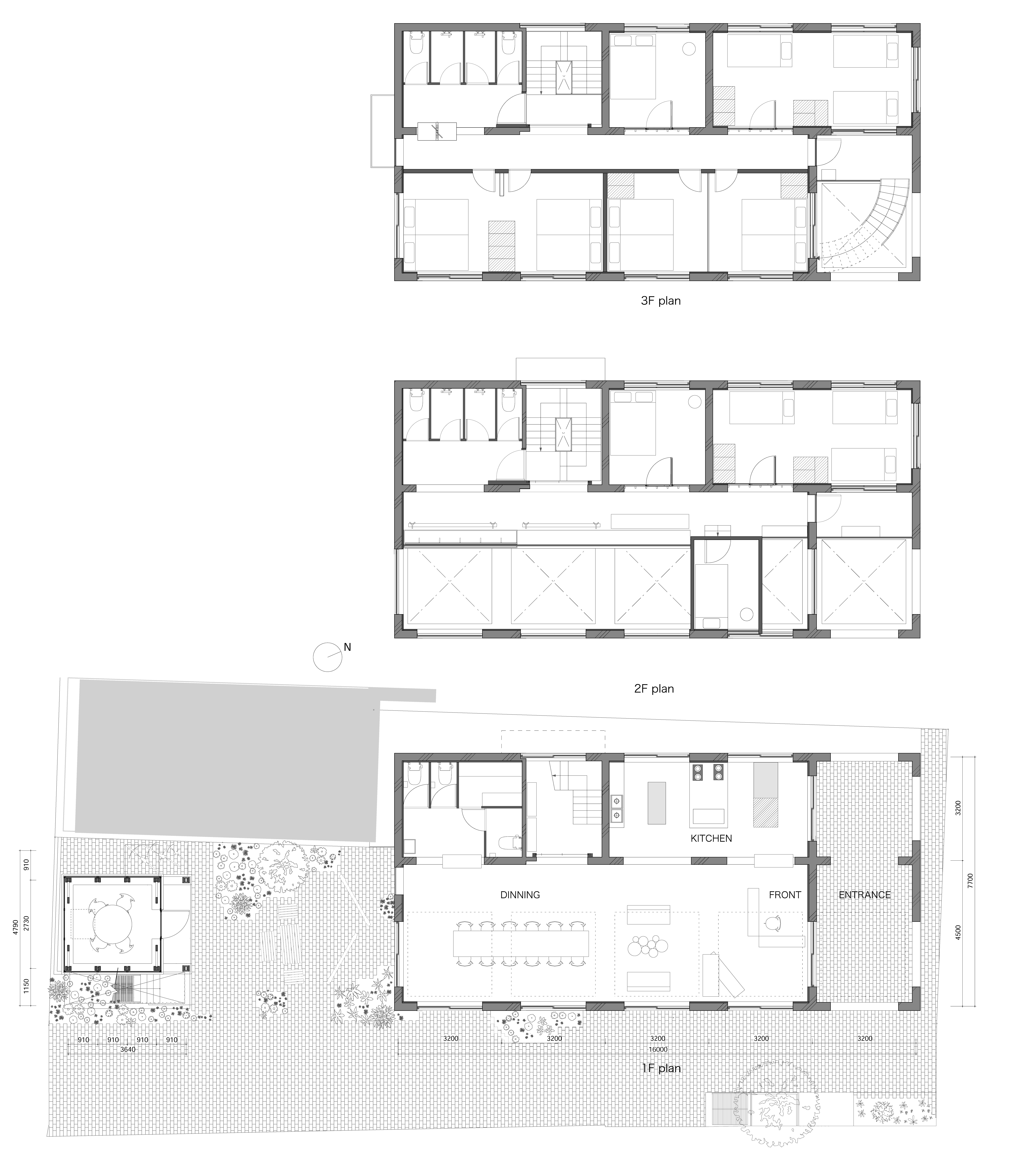 The Blend Inn
Whenever I design a new building, I think about making something that will lead to a rediscovery of the town’s unique charms. Not far from the city, this hotel, favored by many artists and others, who are attracted by the somewhat rustic and free ambience, is located in a neighborhood with a diverse and pleasant atmosphere. The proprietor, who fell in love with the area, and an artist friend of his came up with the initial plan for the hotel. But after purchasing the land, it proved difficult to raise the finances to erect a new building, bringing the project to a standstill. But then a local real-estate firm, which was involved in looking for land, suggested that it construct a building on the property that could be rented by the proprietor and used as a hotel. Inspired by this plan, the firm anticipated that the hotel would lead people to rediscover the neighborhood.
To reflect this corporate structure, we began by creating a versatile framework as well as furniture made out of aluminum furring studs and jack-up hardware, used parts from clip lamps made for construction sites for a variety of holders, and finished every inch of the hotel with a bricolage of whatever happened to be available. We thought that this would make these contrivances, cobbled together out of various things made by local elderly people and artists, and the accumulation of living intelligence in the neighborhood seem even more brilliant. Inspired by the illegally constructed huts that are a common sight on rooftops throughout the area, we decided to build a hothouse to hang out laundry, and set up some columns that could be fitted with roof shades in the summer. We limited the floor height on the first floor to create the feeling of an integrated space stretching up to the corridor on the second floor via the foyer. We also installed a shared kitchen with a large table. The artist, who at the time was using part of the hotel as his base, anticipated that the design (created by our friends at dot architects) and the self-build hut would lead to a building with closer ties to the neighborhood.
Since the real-estate firm also owned the private road in front of the hotel and hut, we were able to make it part of the project. Using bricks and water-permeable bricks that had been unearthed in the process of digging up the site to straddle and pave the site and the road, we attempted to blur the boundary line and create a open atmosphere toward the town.