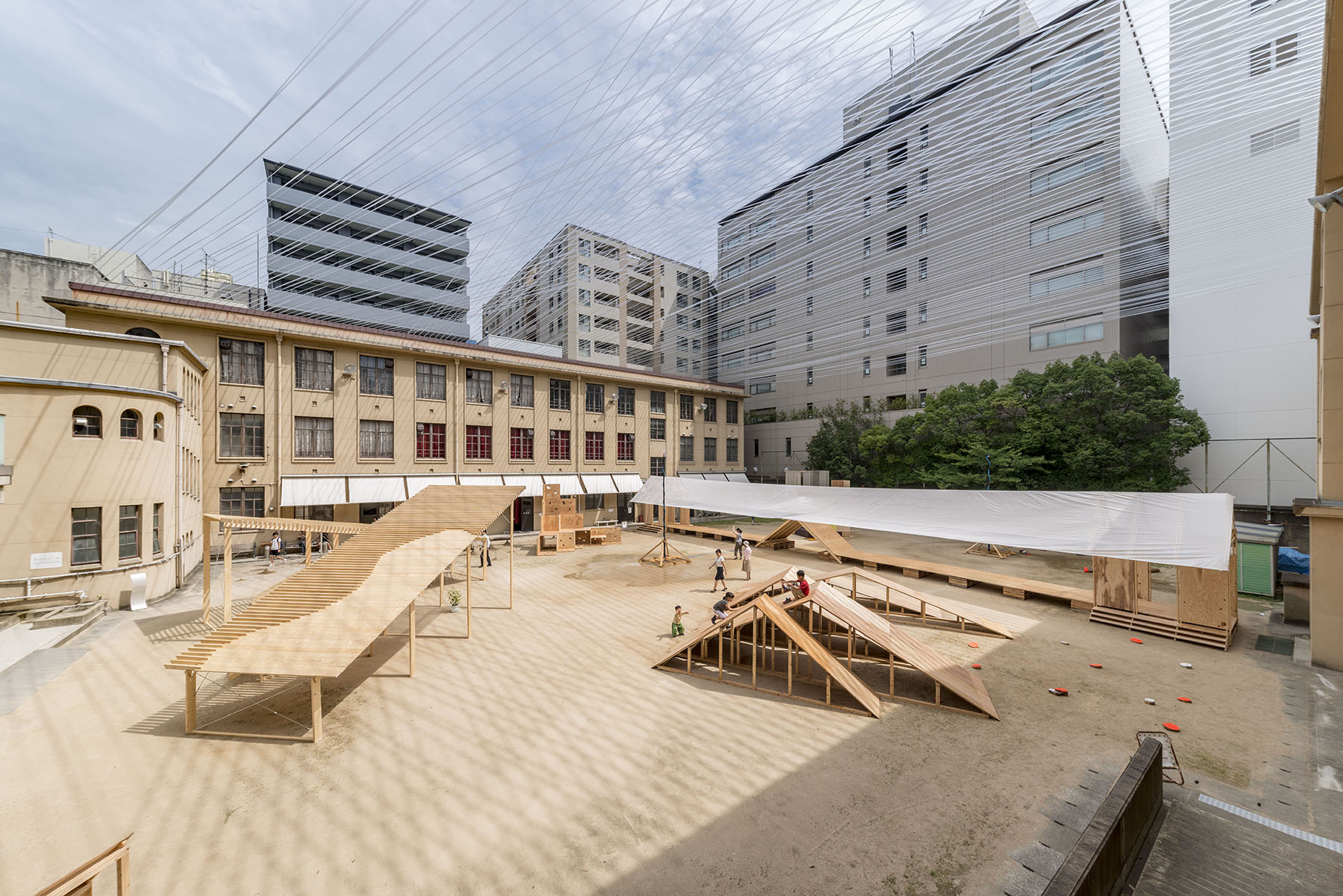 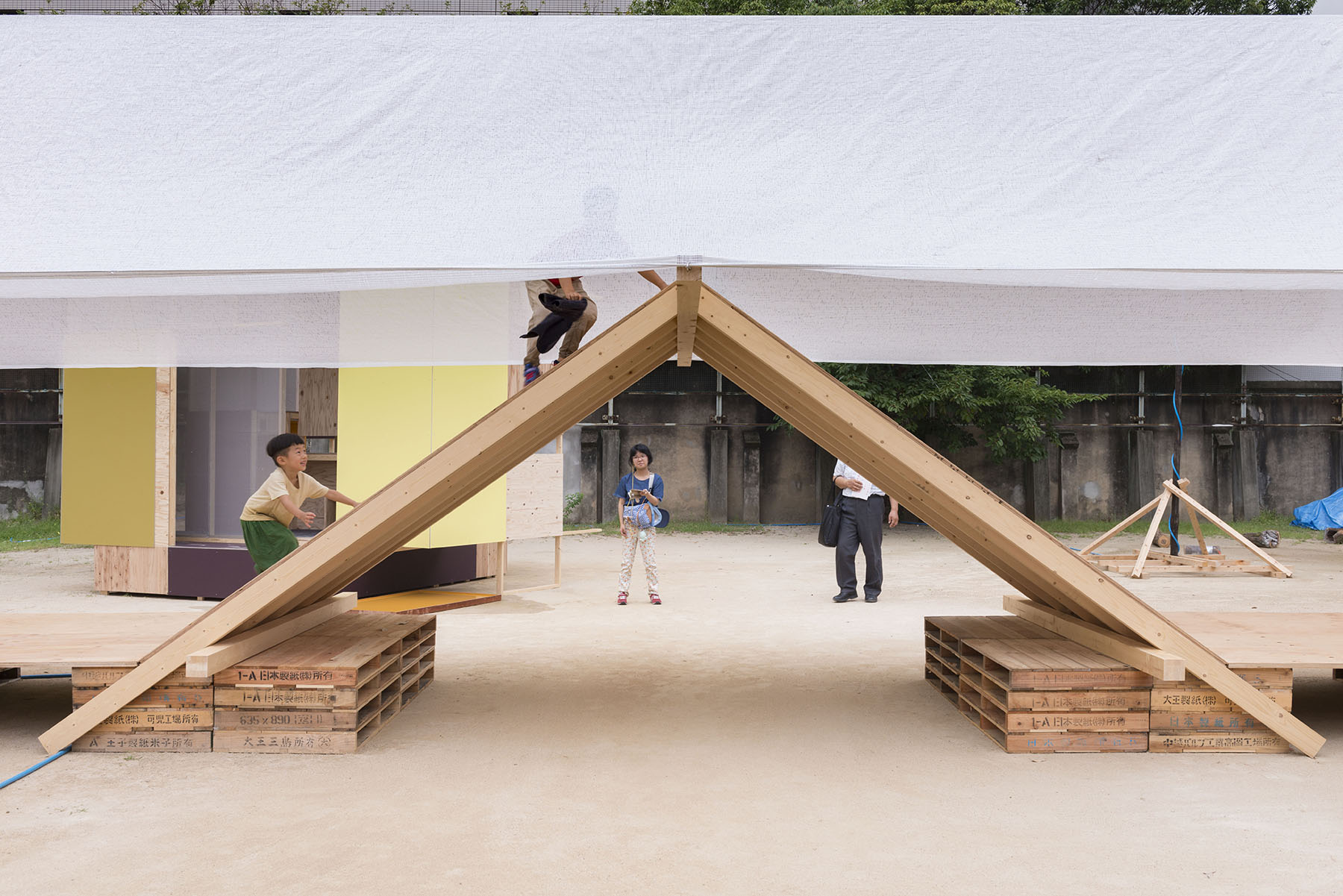 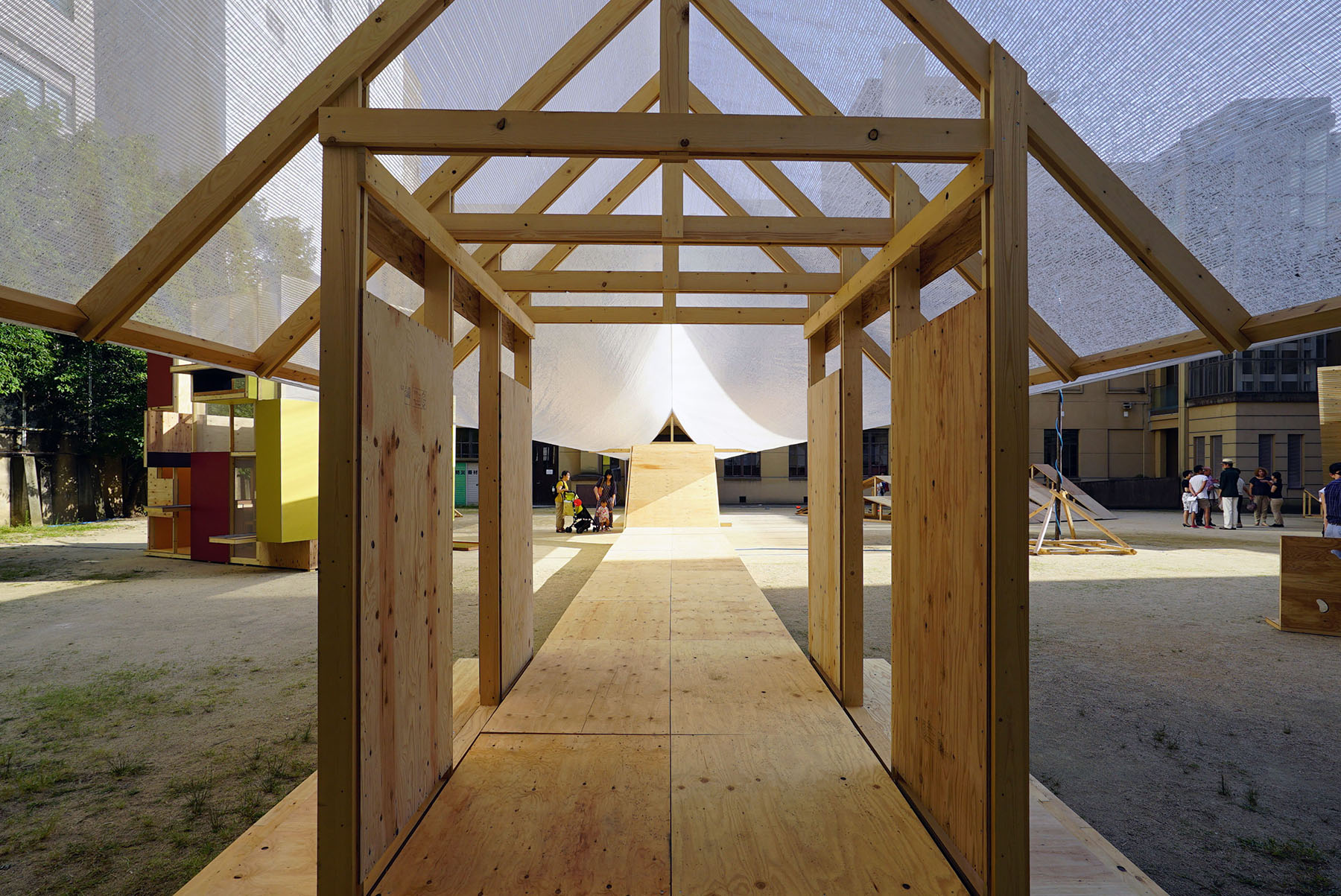 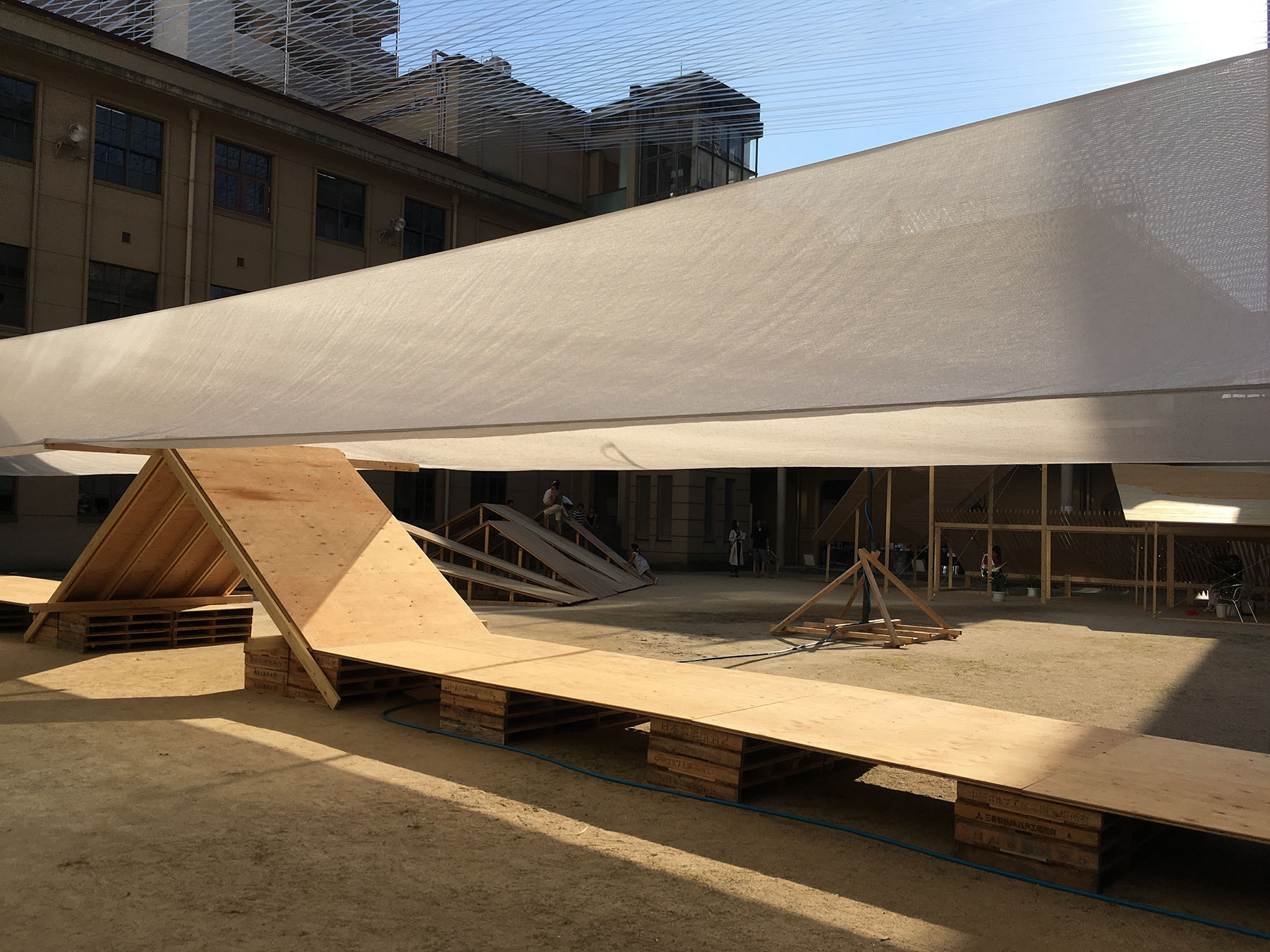 An extemporaneous exhibition created in the schoolyard of a former school, founded by the donations of local citizens, now used as an art center.
The Kagerou Village, Kagerou meaning Mirage, consisted of a series of temporary pavilions designed and build by a group of architects from Germany, France and Japan.
The foundation to the exhibition came to, when the six architects met, to discuss the potentials of the site and project, at a public symposium supervised by the architectural historian, Taro Igarashi. Following the symposium, several meetings took place across the countries, via video conferences, and it was decided to build a village of pavilions to create a series of practical public spaces in the rarely used schoolyard. A village that appears and disappears in the school grounds of the former elementary school like a mirage at the end of summer. With each architect in charge of creating, a pavilion interesting interpretations of the existing space and interactions between the new spaces were bound to happen.
Our “Roof Slider/Napping corridor” focused on the two entrances, of the old school buildings, facing each other. By stretching out a 6mx30m piece of agricultural fabric across the courtyard, we connected the two entrances with a long corridor like space. Beneath the fabric roof, a wooden deck invites to play, where kids can run back and forth, climb the raised path, which allows unobstructed passage between the two parts of the courtyard, touch the fabric and slide down on the other side. The corridor resembles an ‘Engawa‘, the veranda of a Japanese Shrine, and invites visitors to take a nap, hold a tea-party, get-together or play.
The use of fabric or it references is recurrent in all the works, we used fabric in cultural relation to the local textile wholesalers, while others folded tape like lacework, or created overlaying shadows reminiscent of fabric, with inventive wood structures. The pavilions mutually influenced one another and as a whole created the village. One of the main discussions of the first symposium had been on the topic of prohibited matters, rules and regulations, in Japanese public spaces. In this village that appeared and disappeared like a mirage, the focus was not on what “we can´t do” but instead on “why can´t we” or “what if we?”. As a result, The Kagerou Village became a place where children and adults alike could enjoy the various questionable spaces. While an exhibition is a specific scenario, hopefully it will become an opportunity to rethink the approach to public spaces from now on.