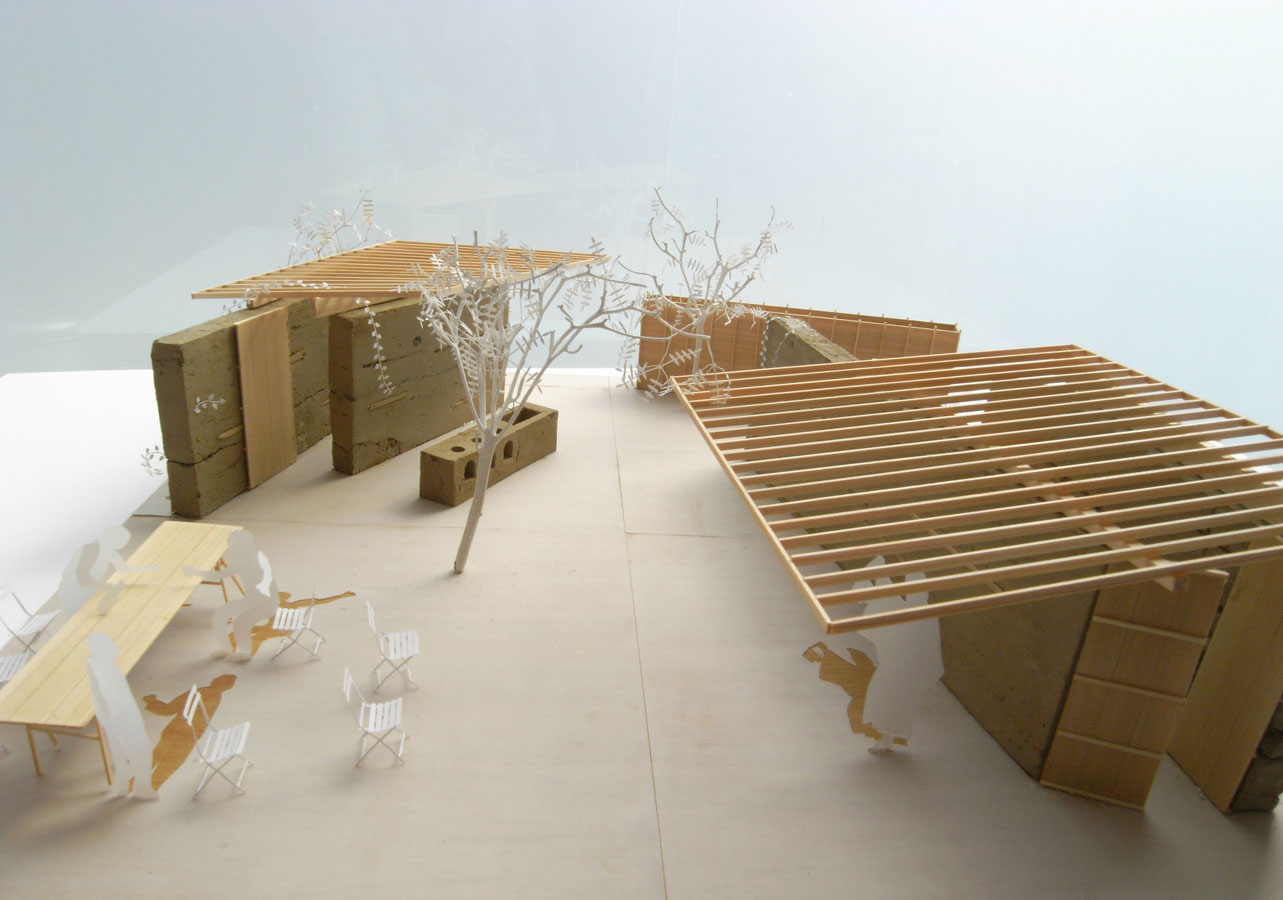 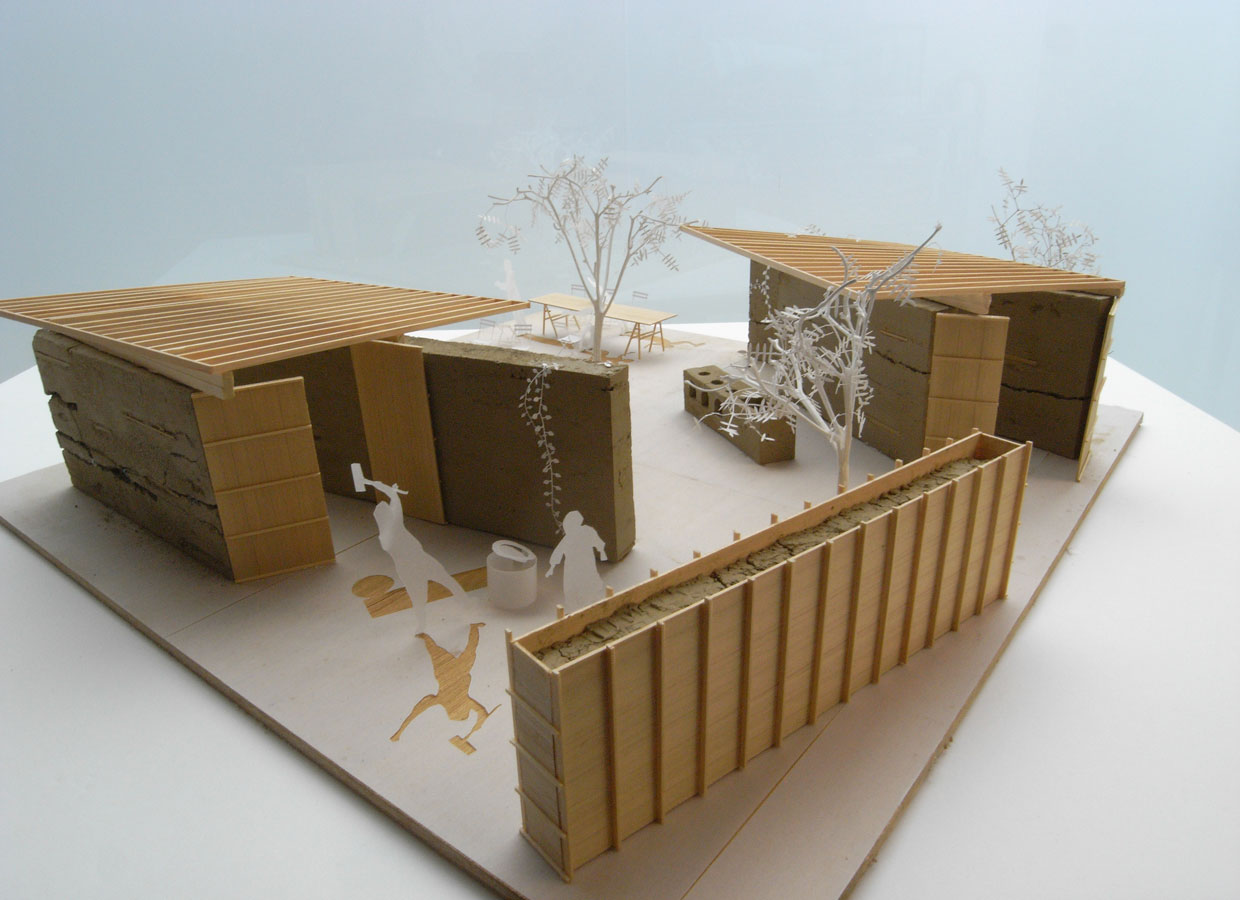 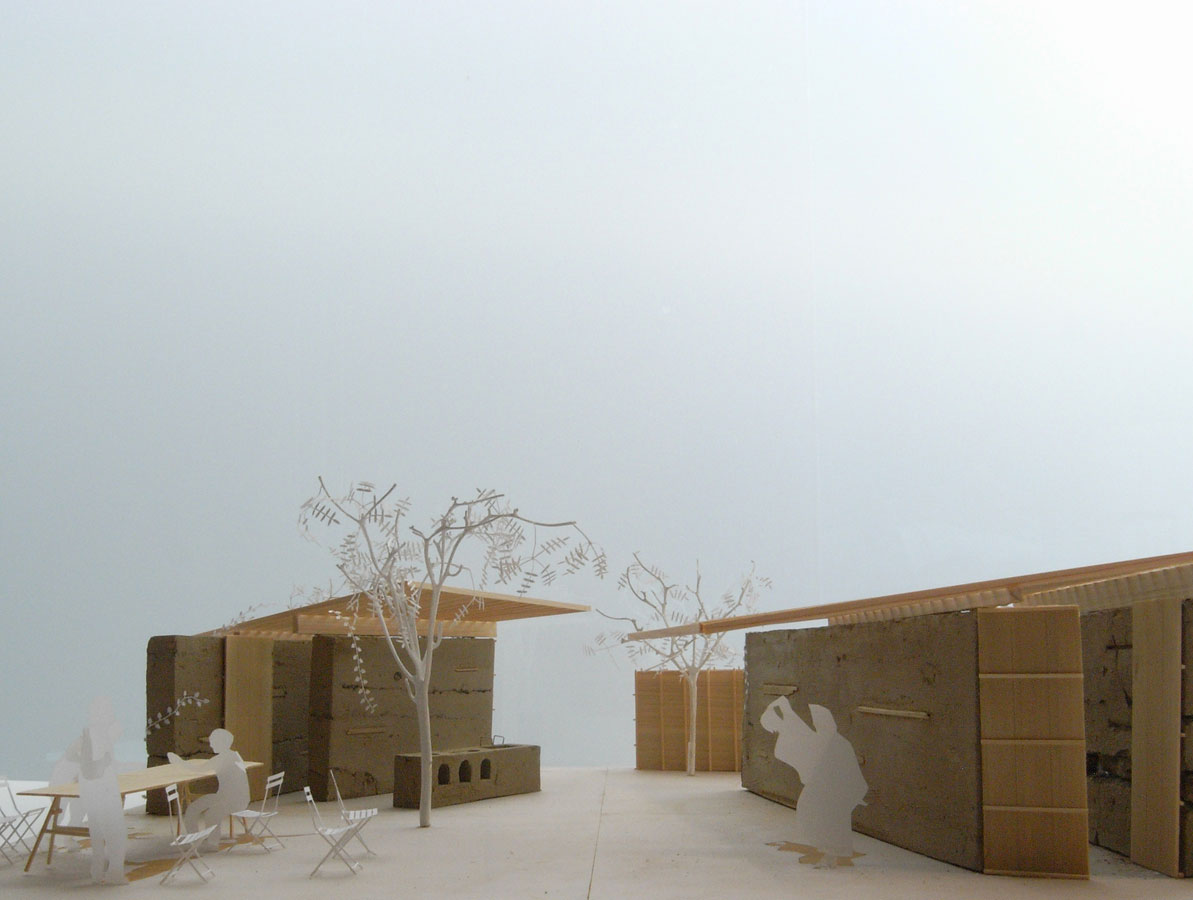 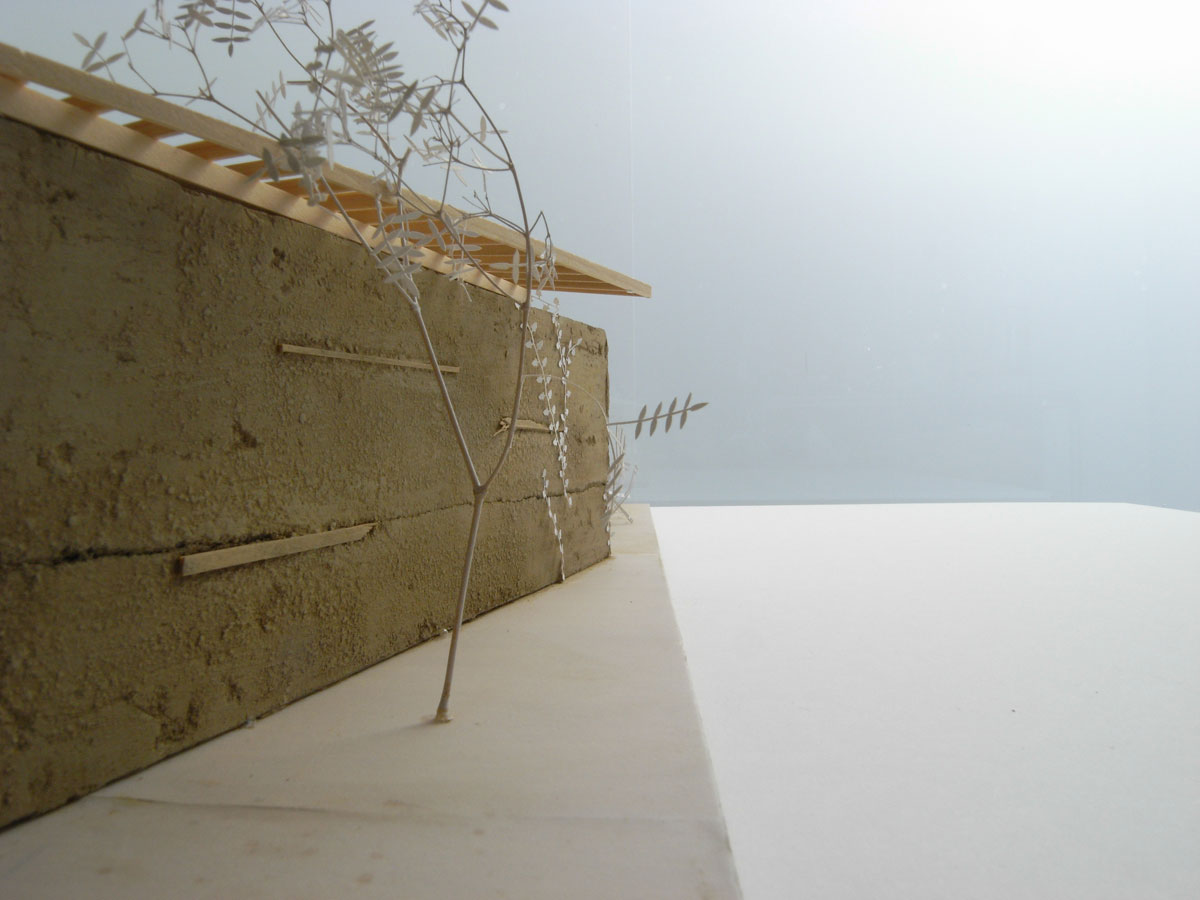 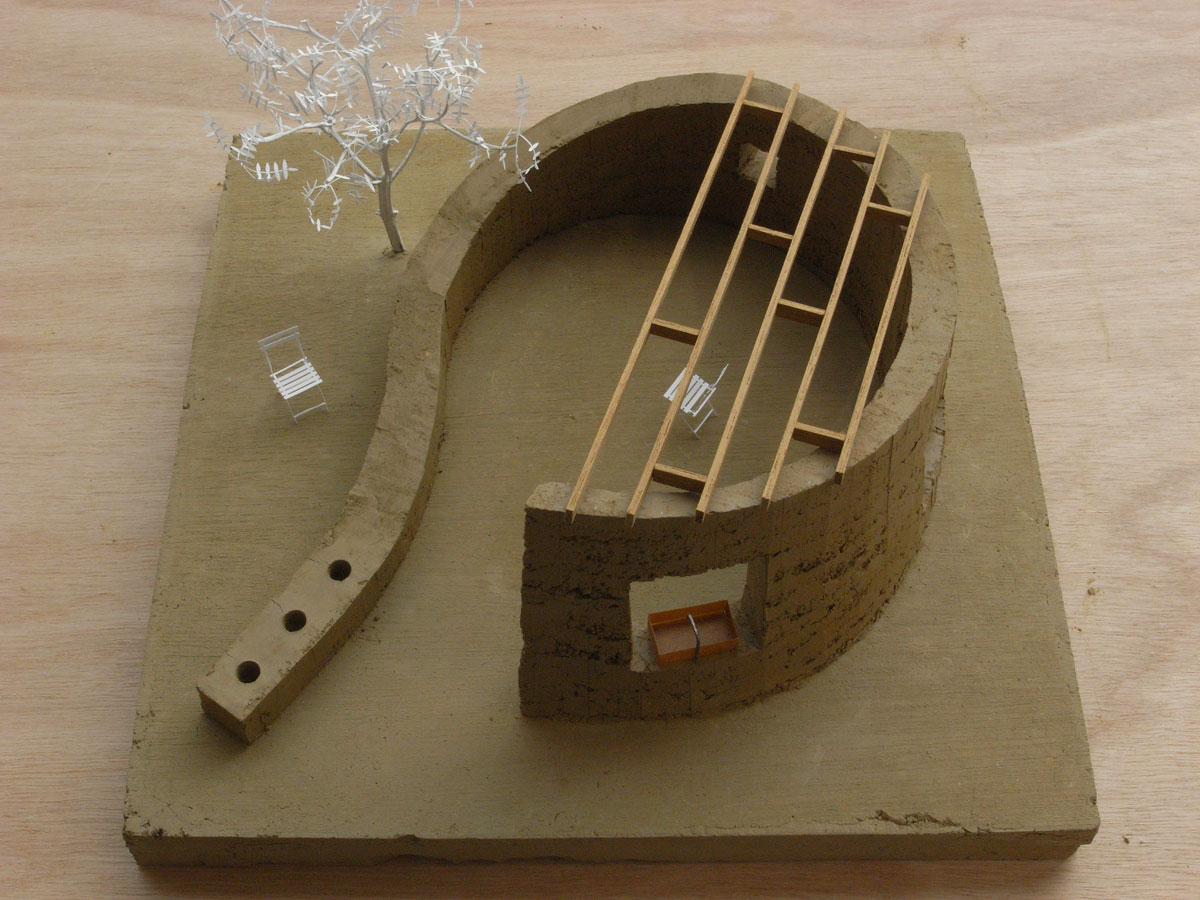 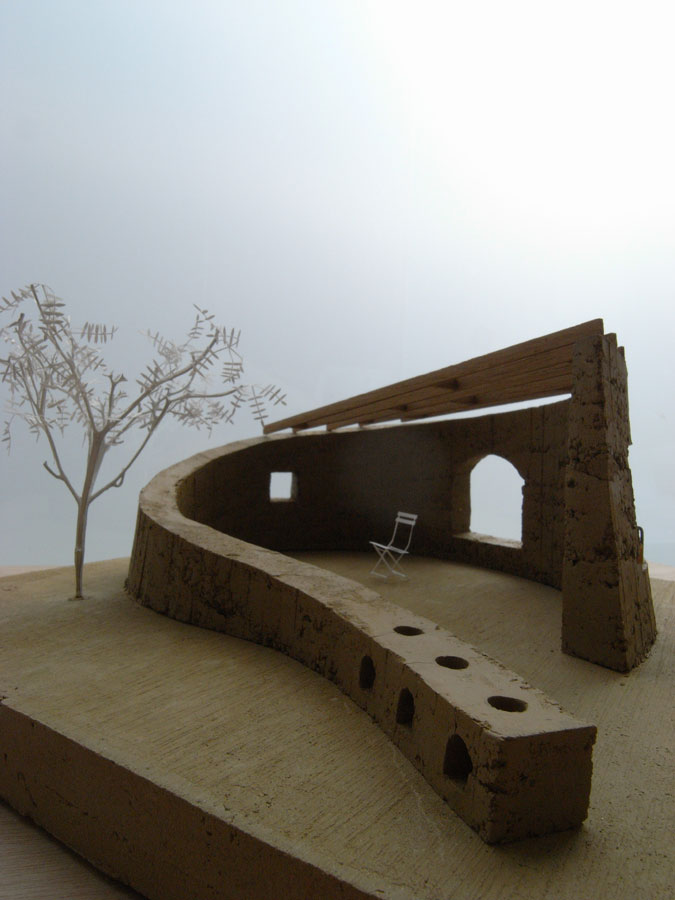 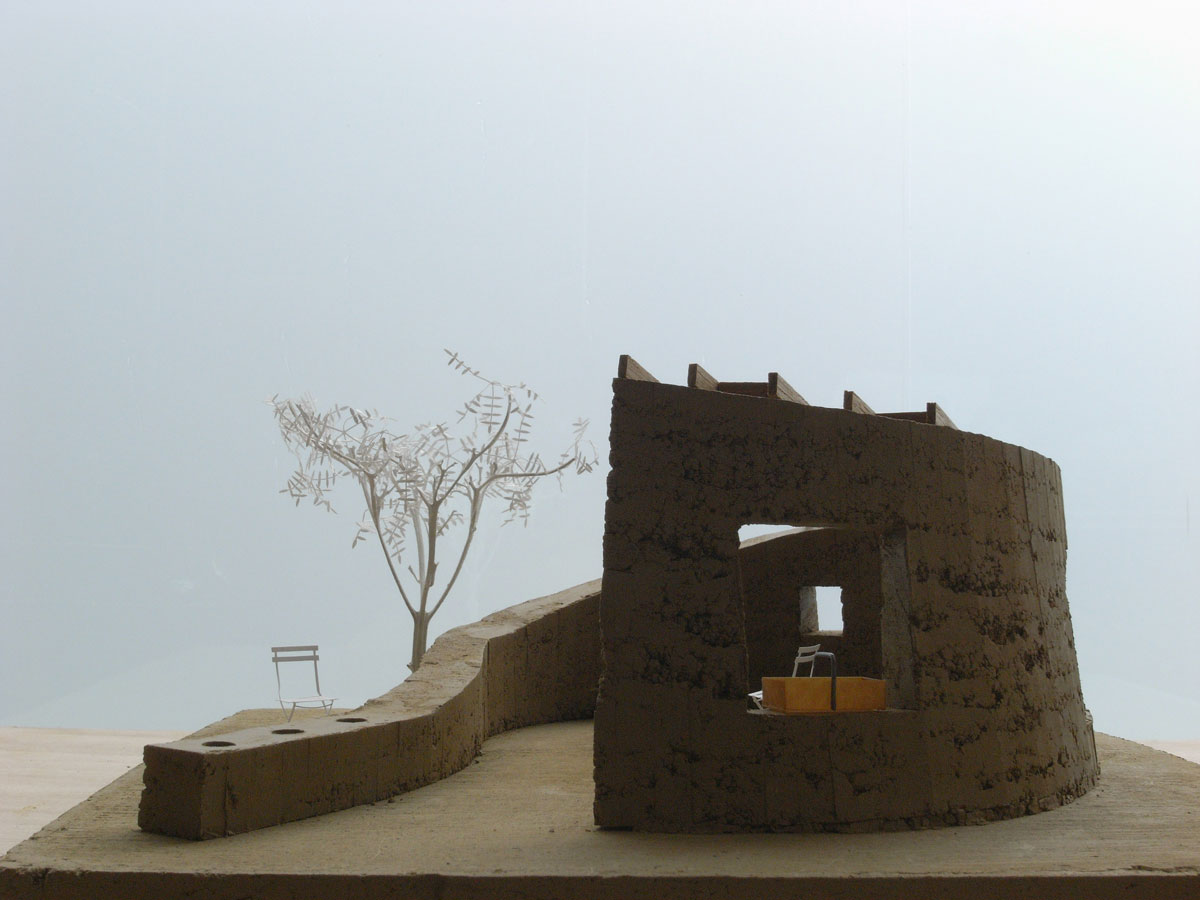 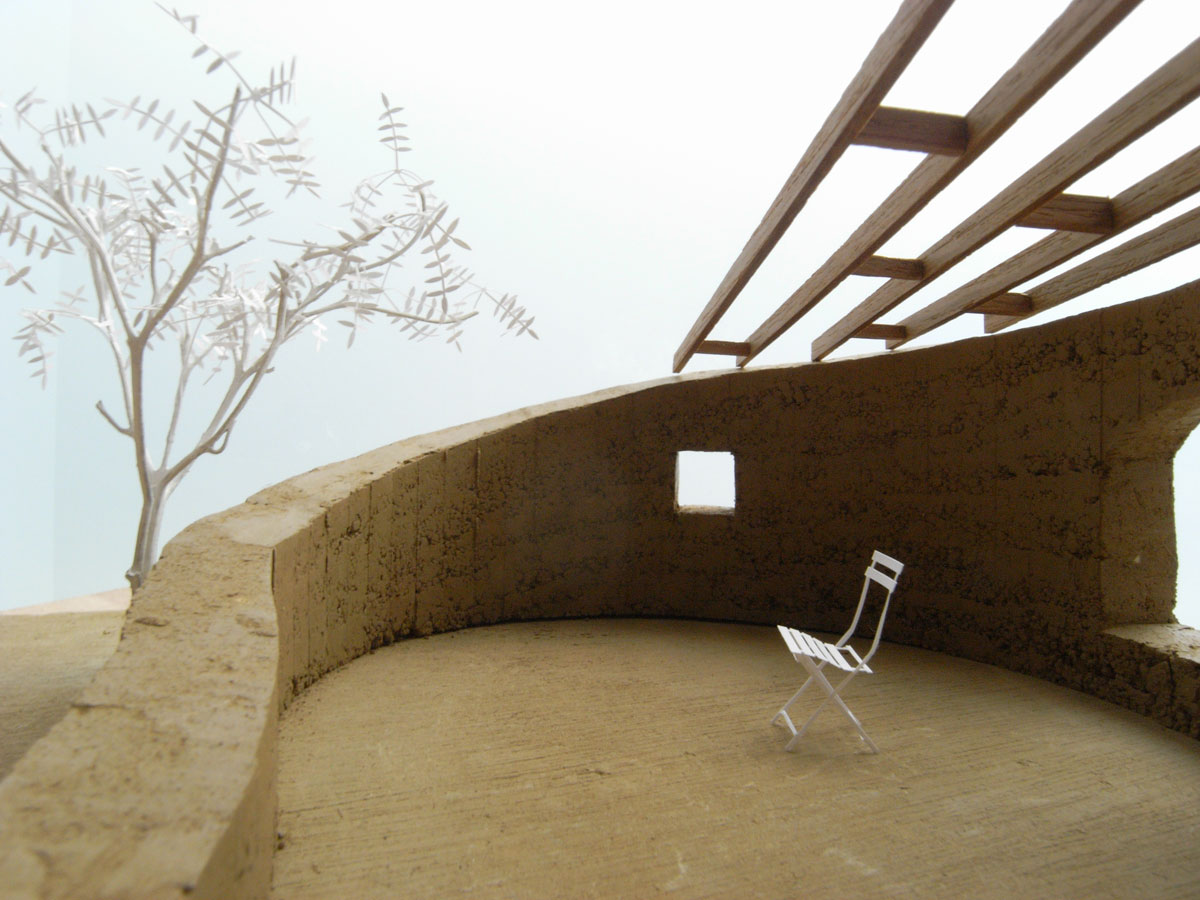 After the big earthquake in the Tohoku region, the following Tsunami has left everything crushed and bare. Houses and peoples belongings has been destroyed and lays scattered on the ground. Now called rubble, but once it was someone’s important things.
This concept is based on the idea of reusing materials, old techniques and what the earth provides to create a new beginning and gathering point for victims.
Starting by building a Soil-Kitchen using the old Japanese techniques of stamping the soil, the foundation to a starting point is created. The victims can build up something new by their own hands and steadily create a place to belong and gather. The old Japanese building techniques are easy to learn and it will become easy for the residents to develop the starting point of a Soil-Kitchen to a Social-Kitchen and further build various facilities.
What became rubble can be used to build something new and meaningful, creating a gathering point for hope and re-erecting part of what was lost.