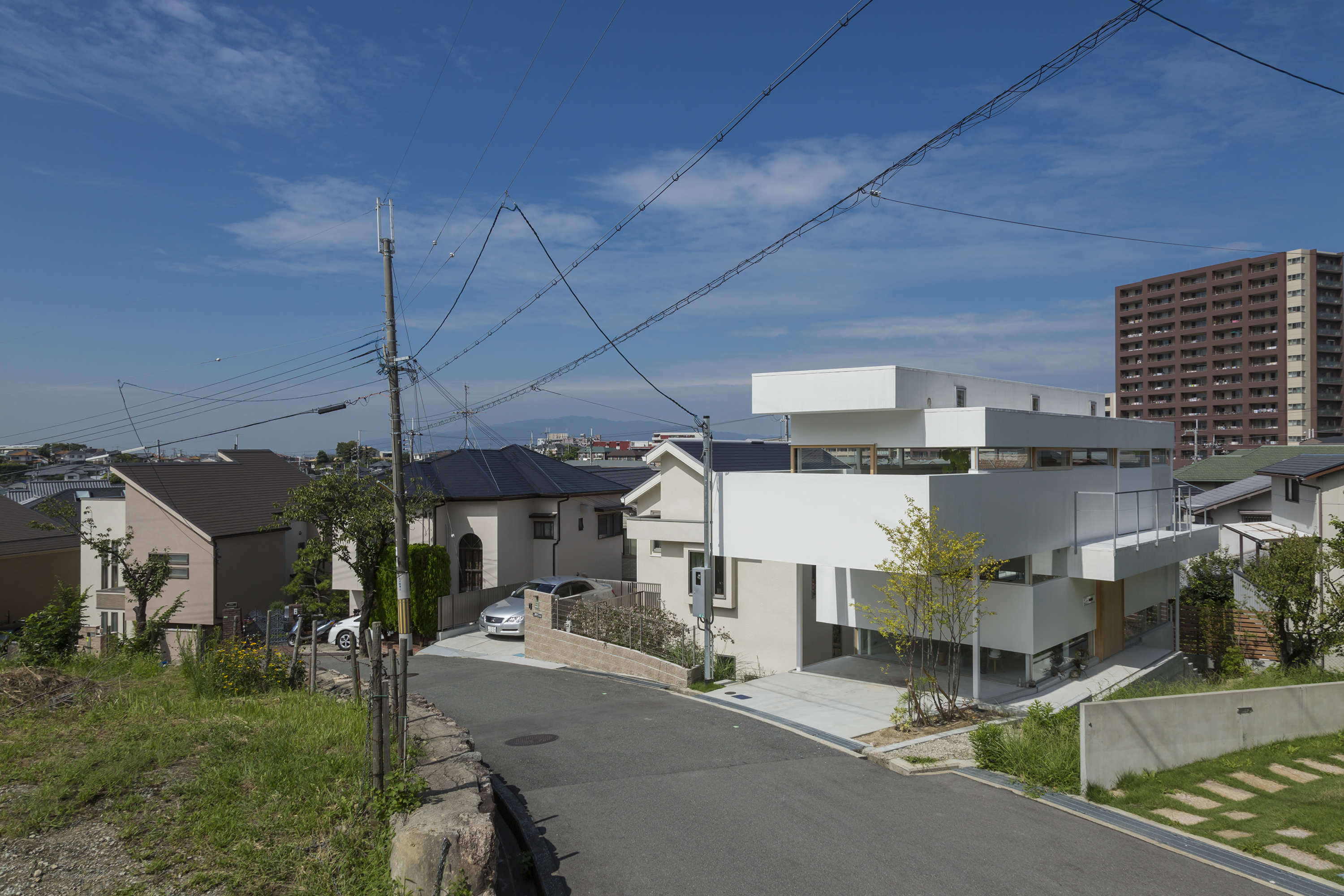 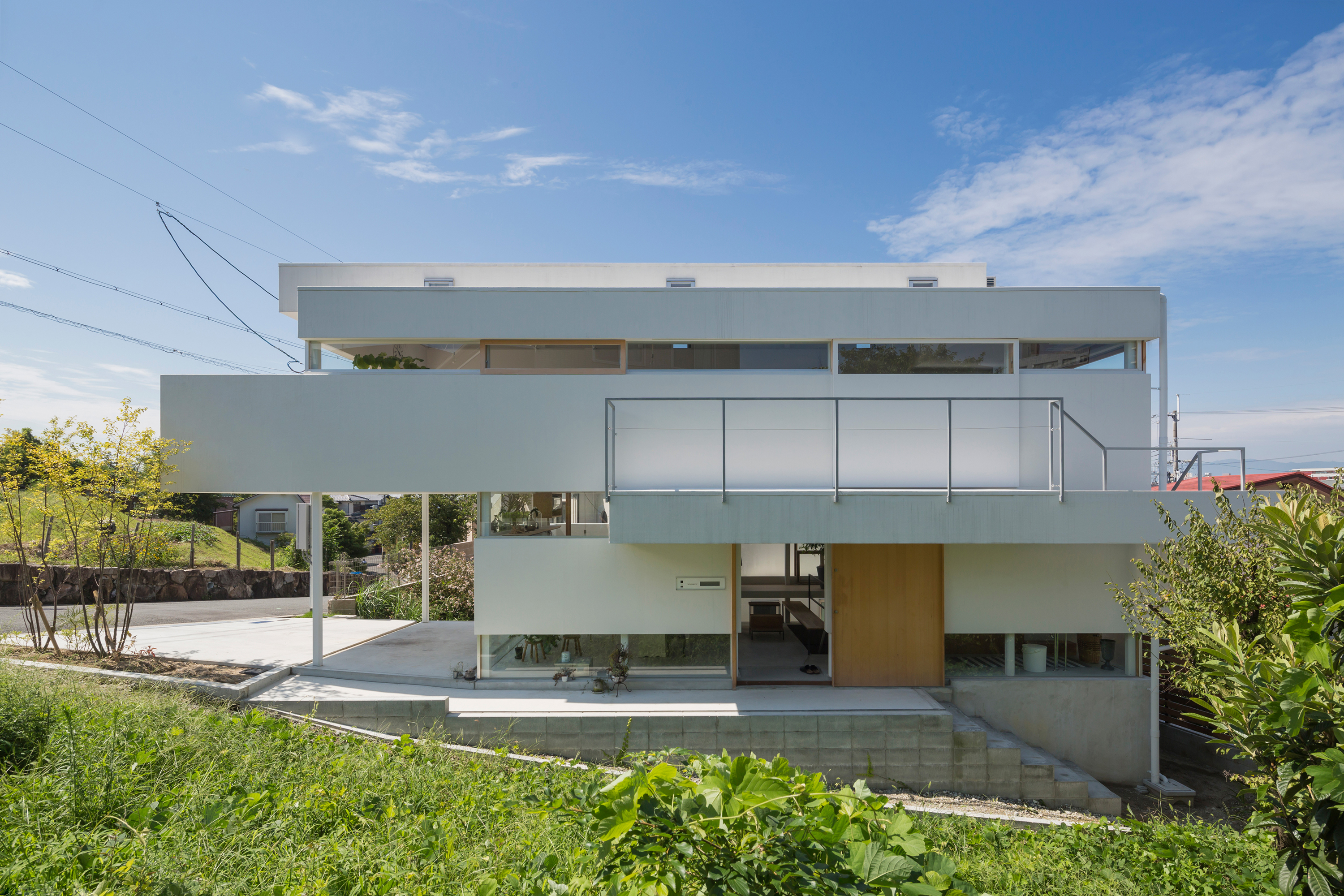 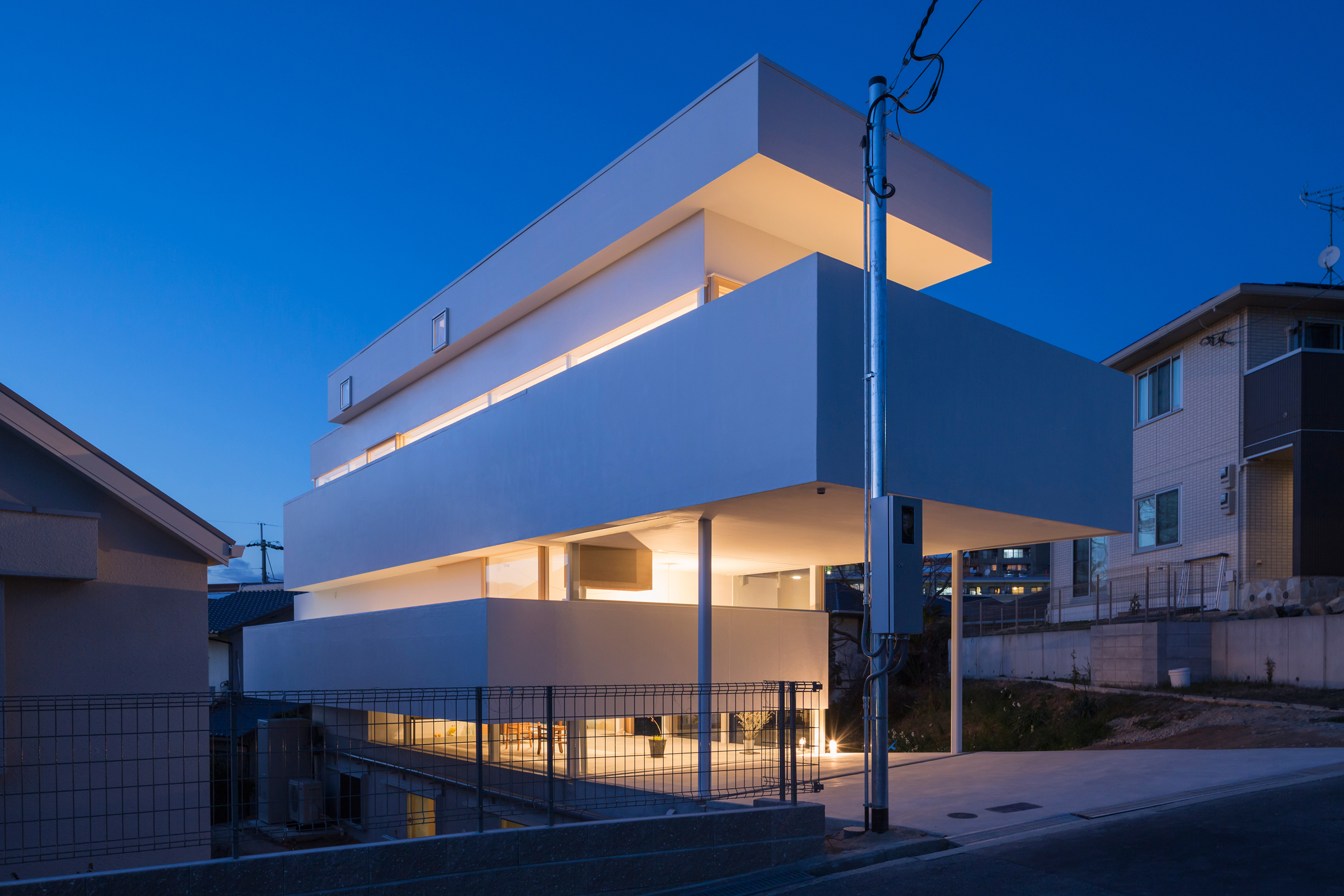 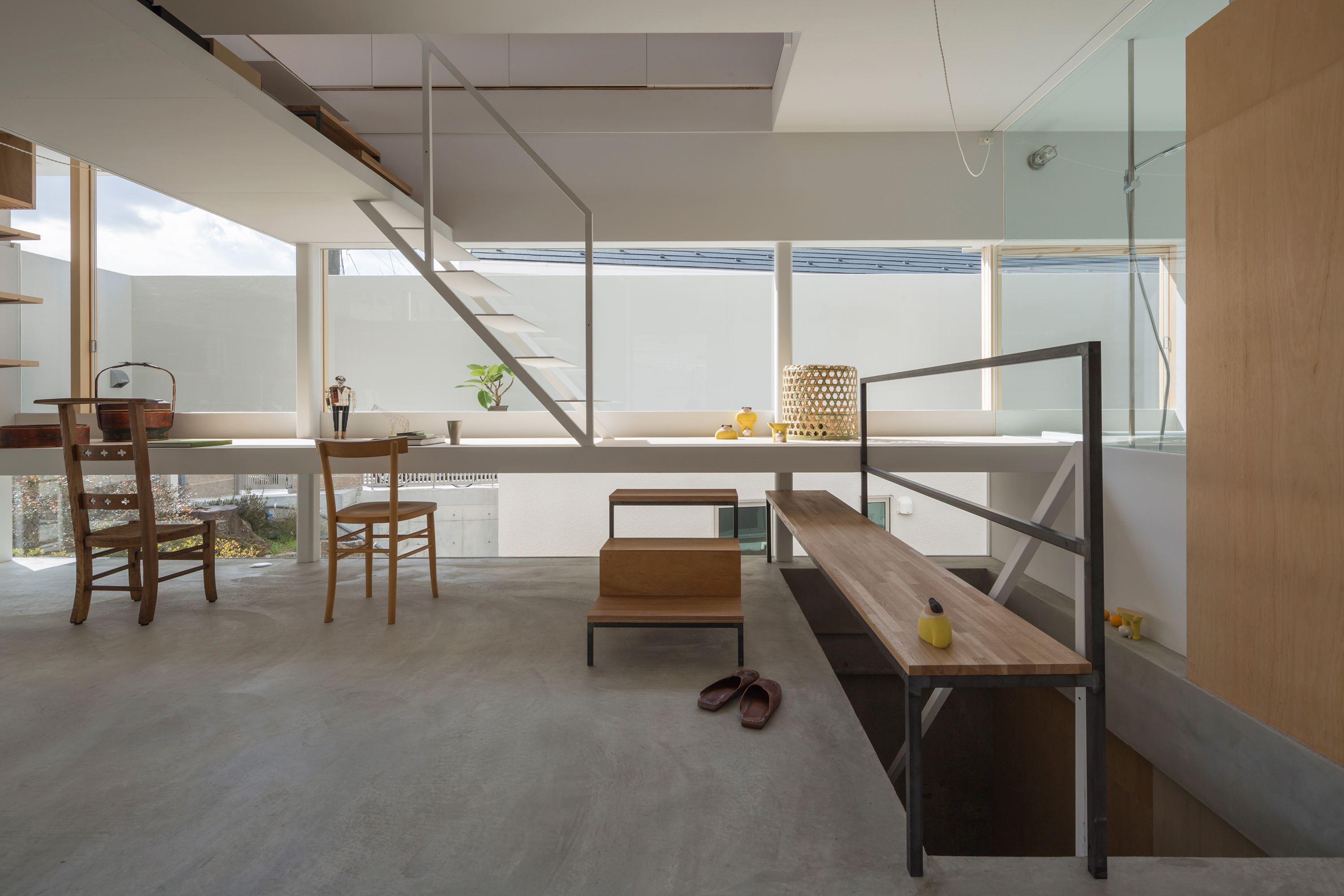 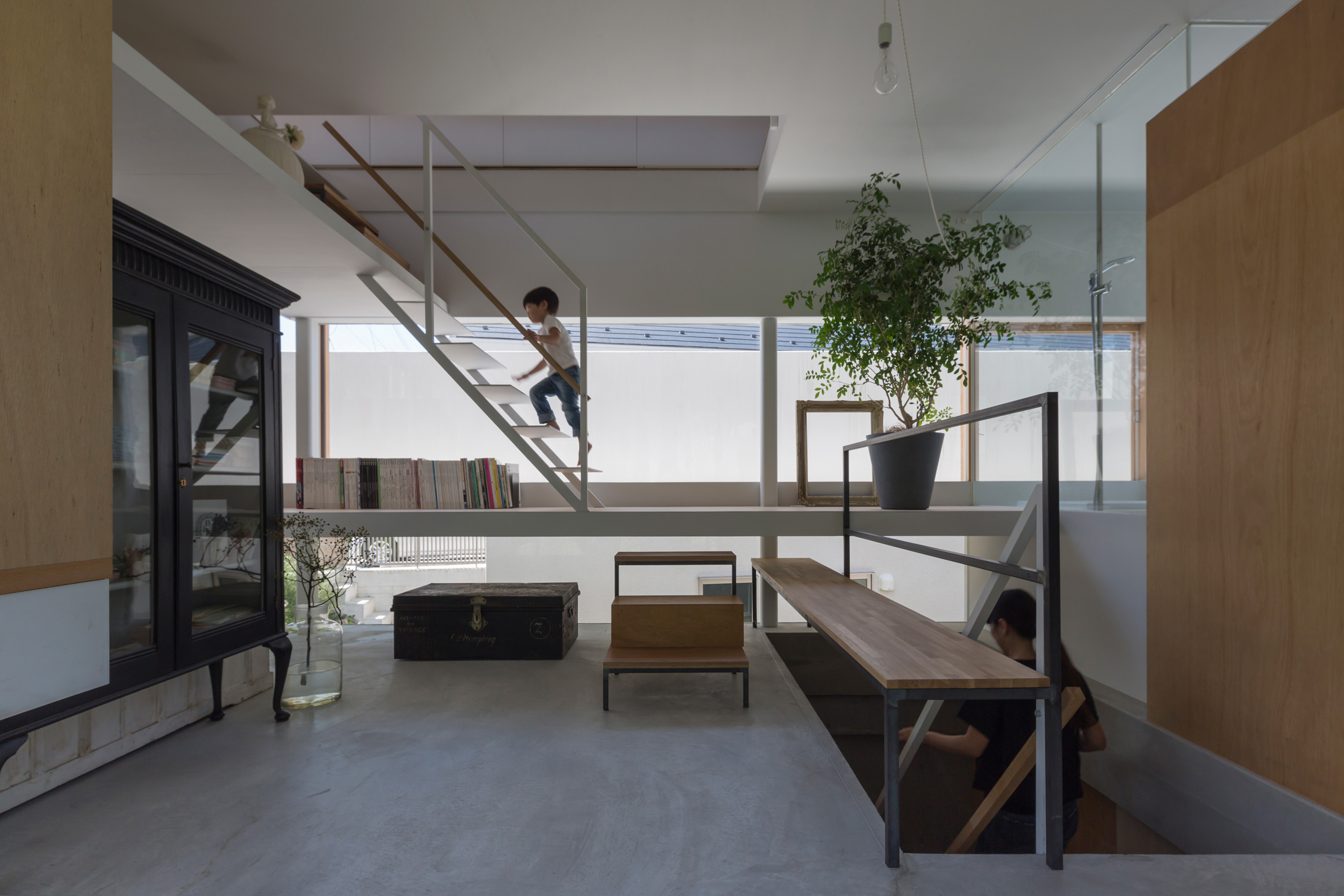 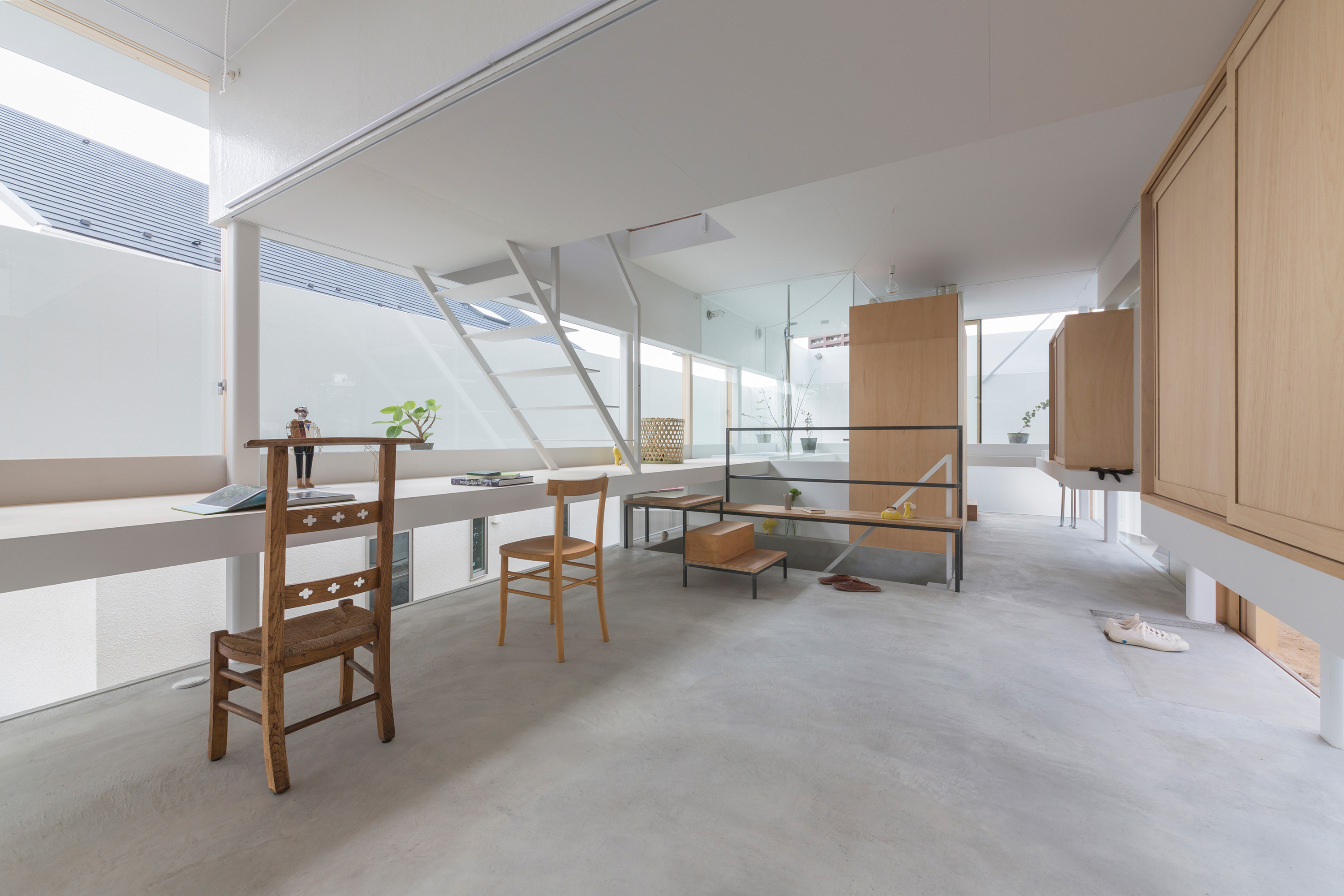 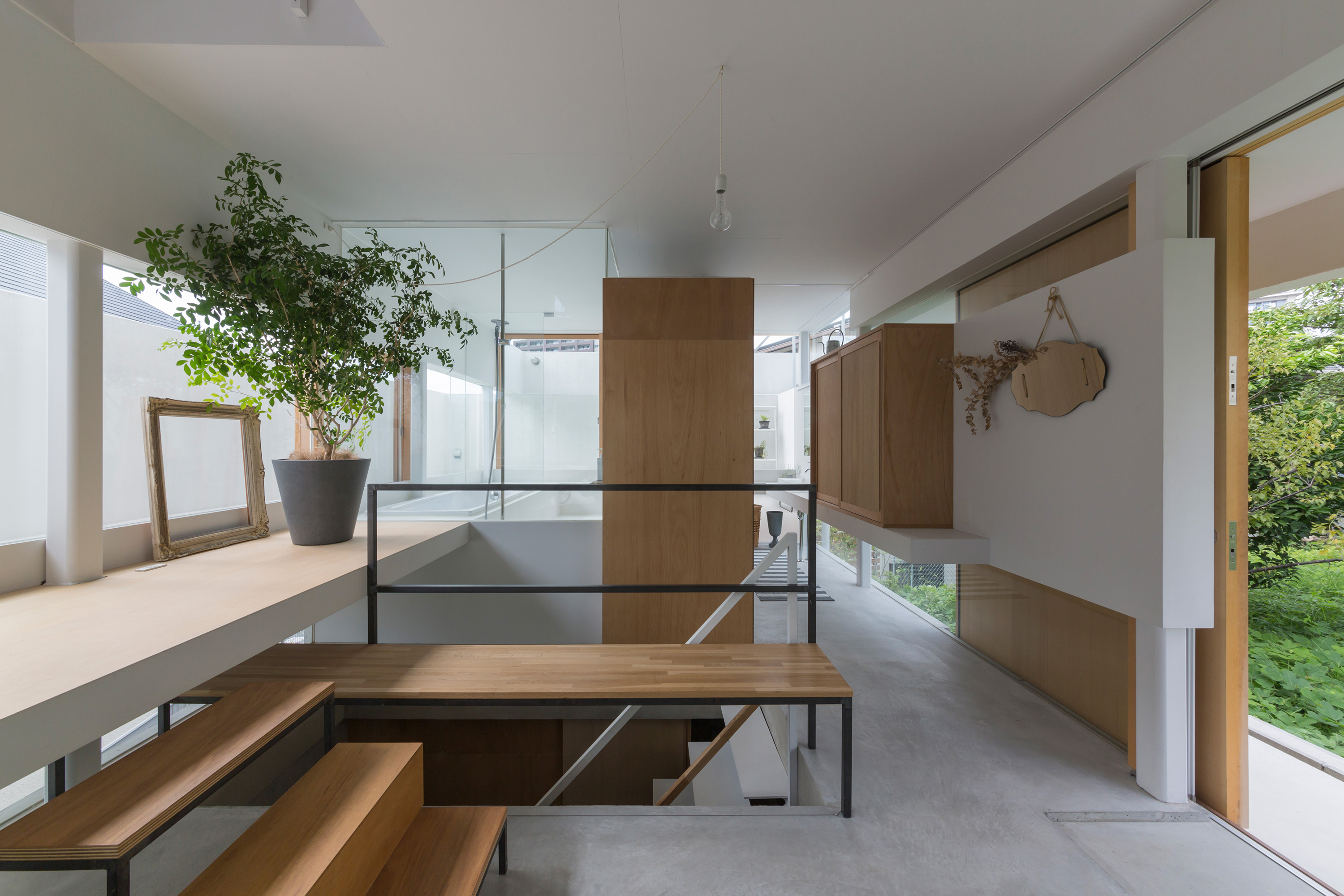 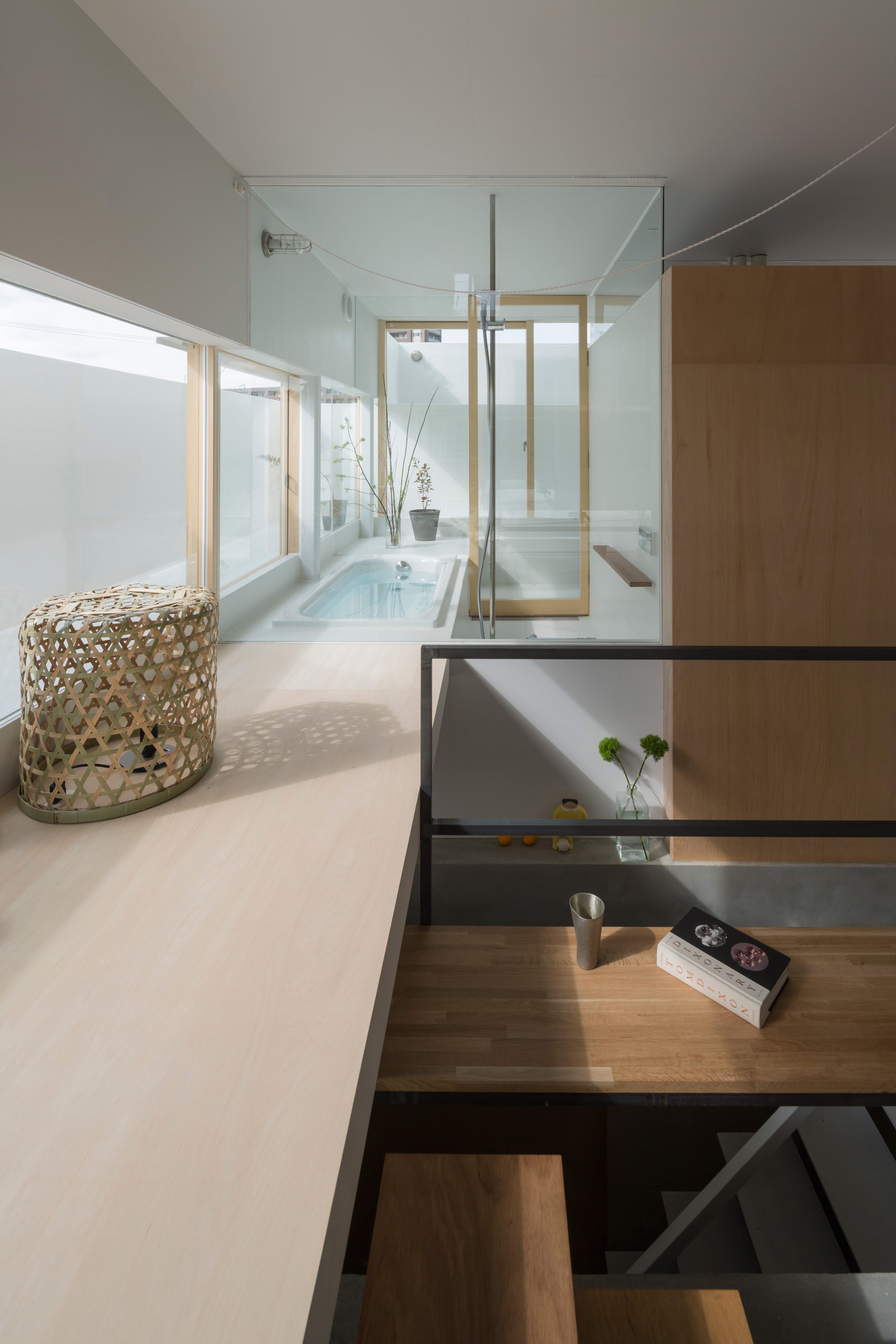 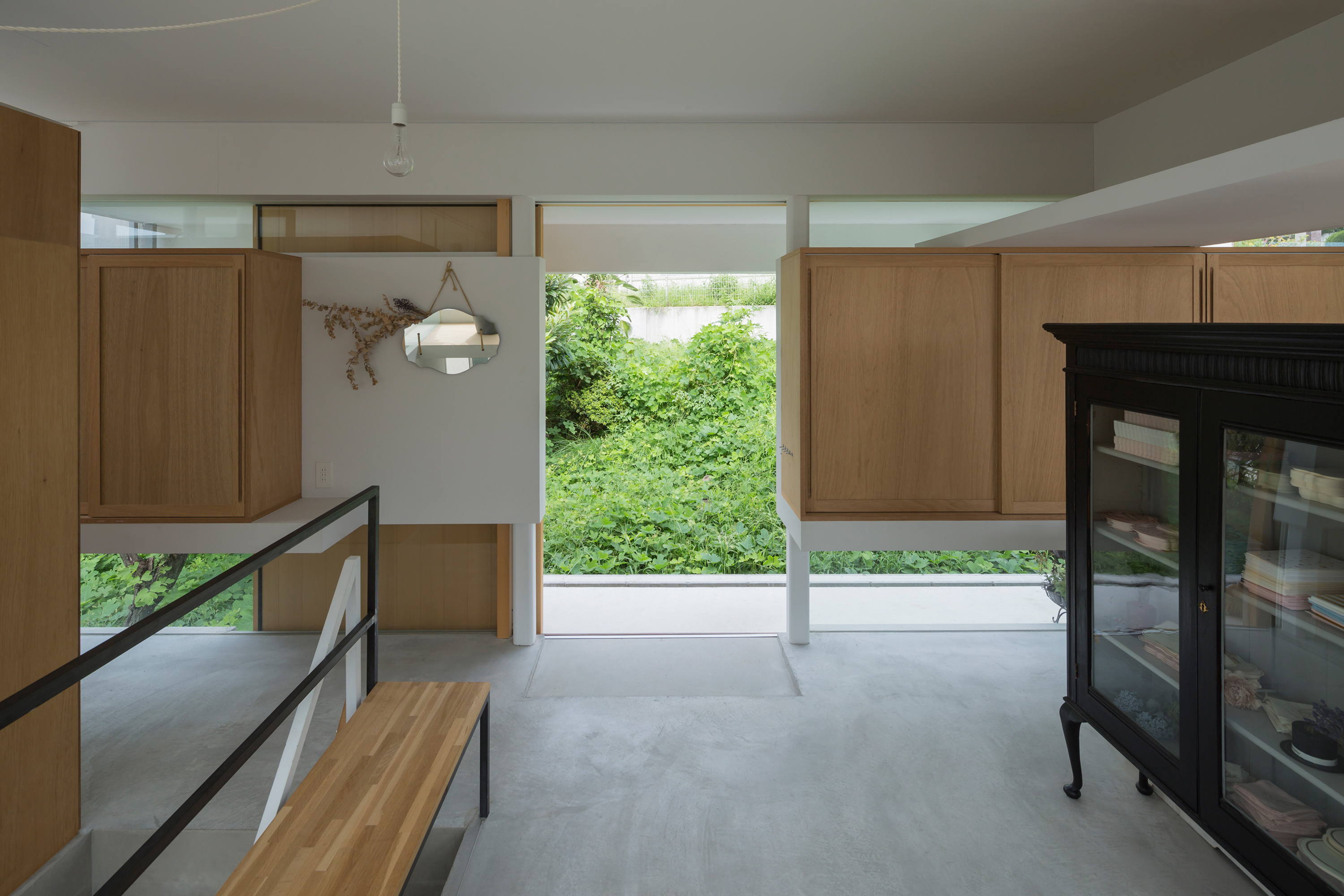 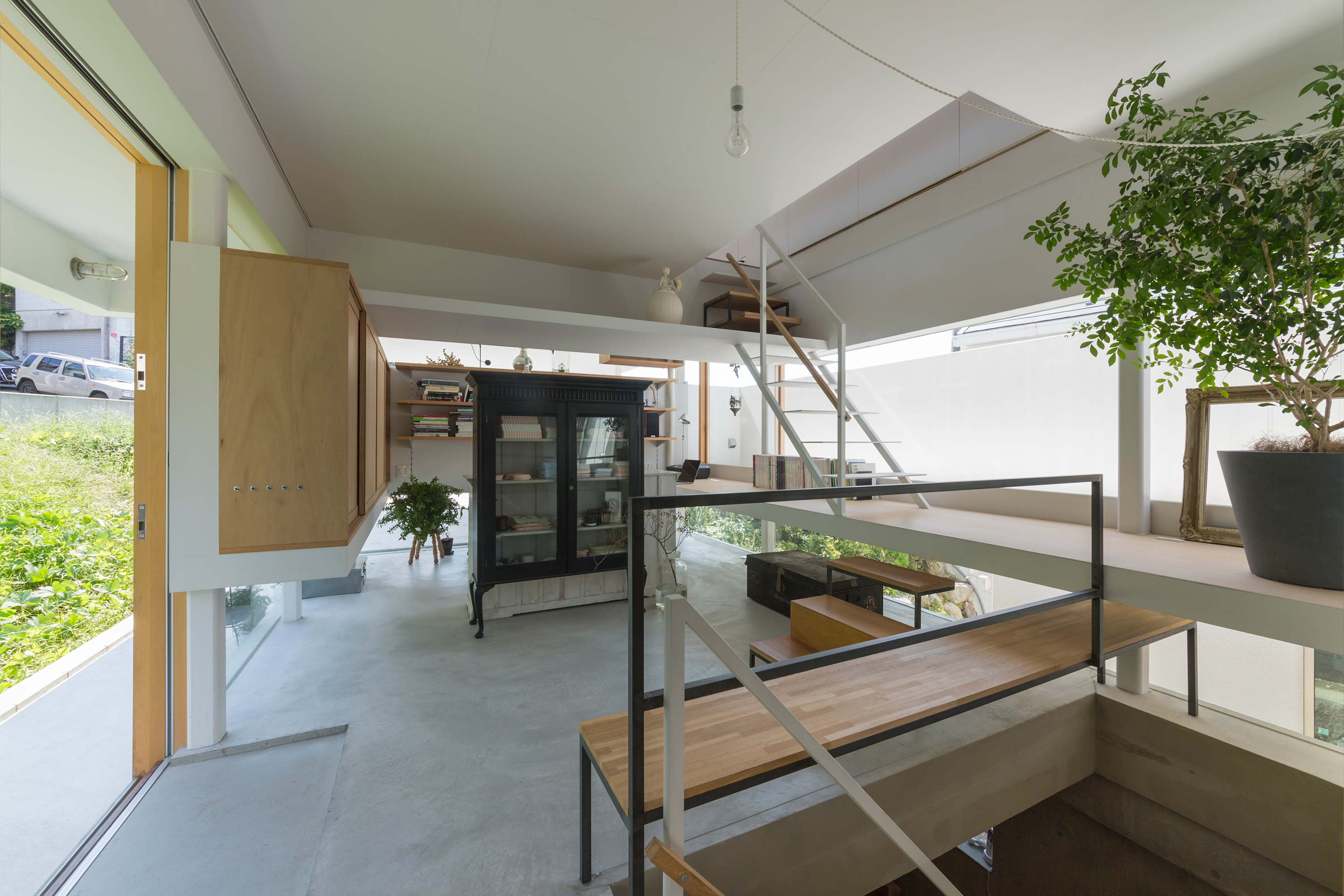 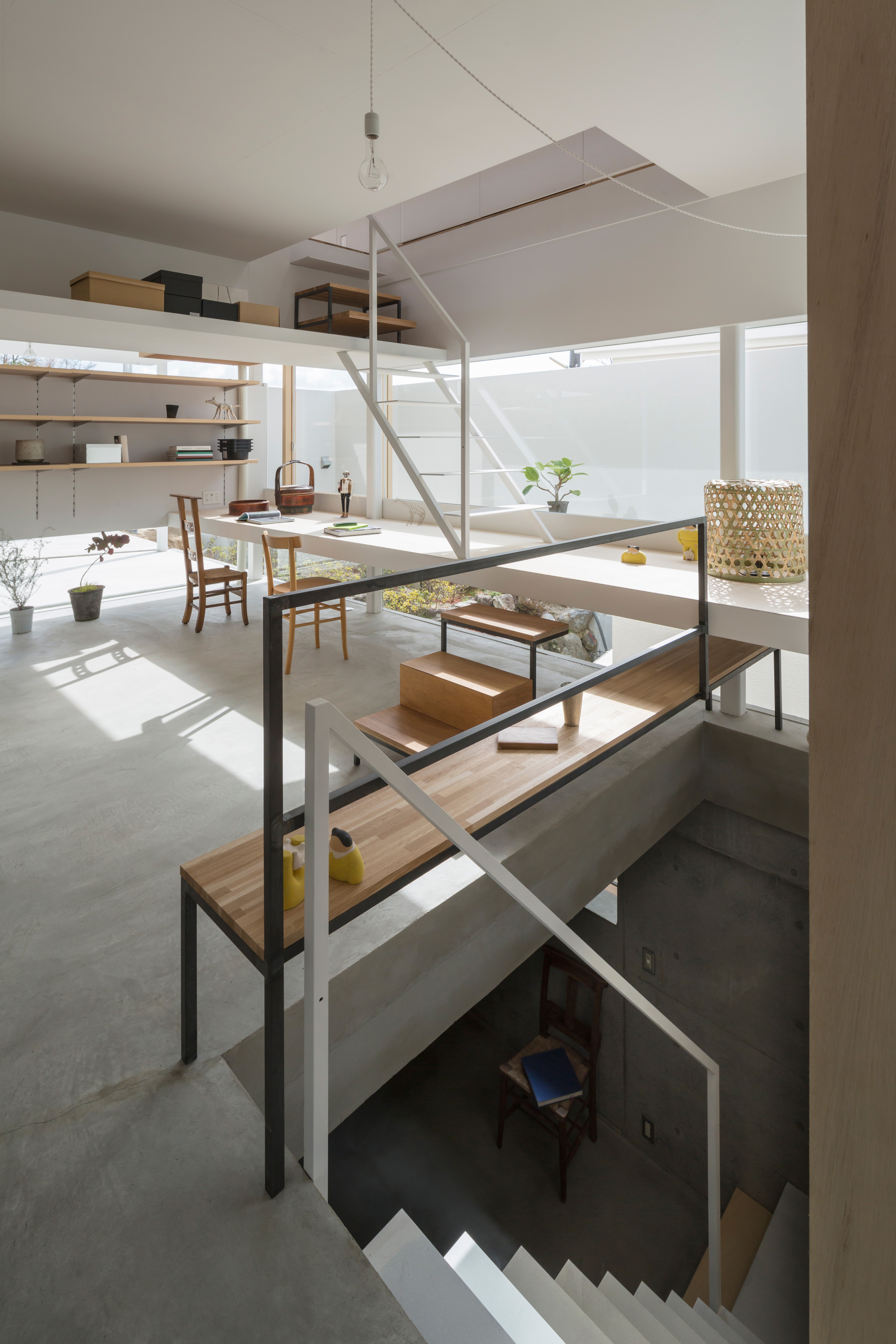 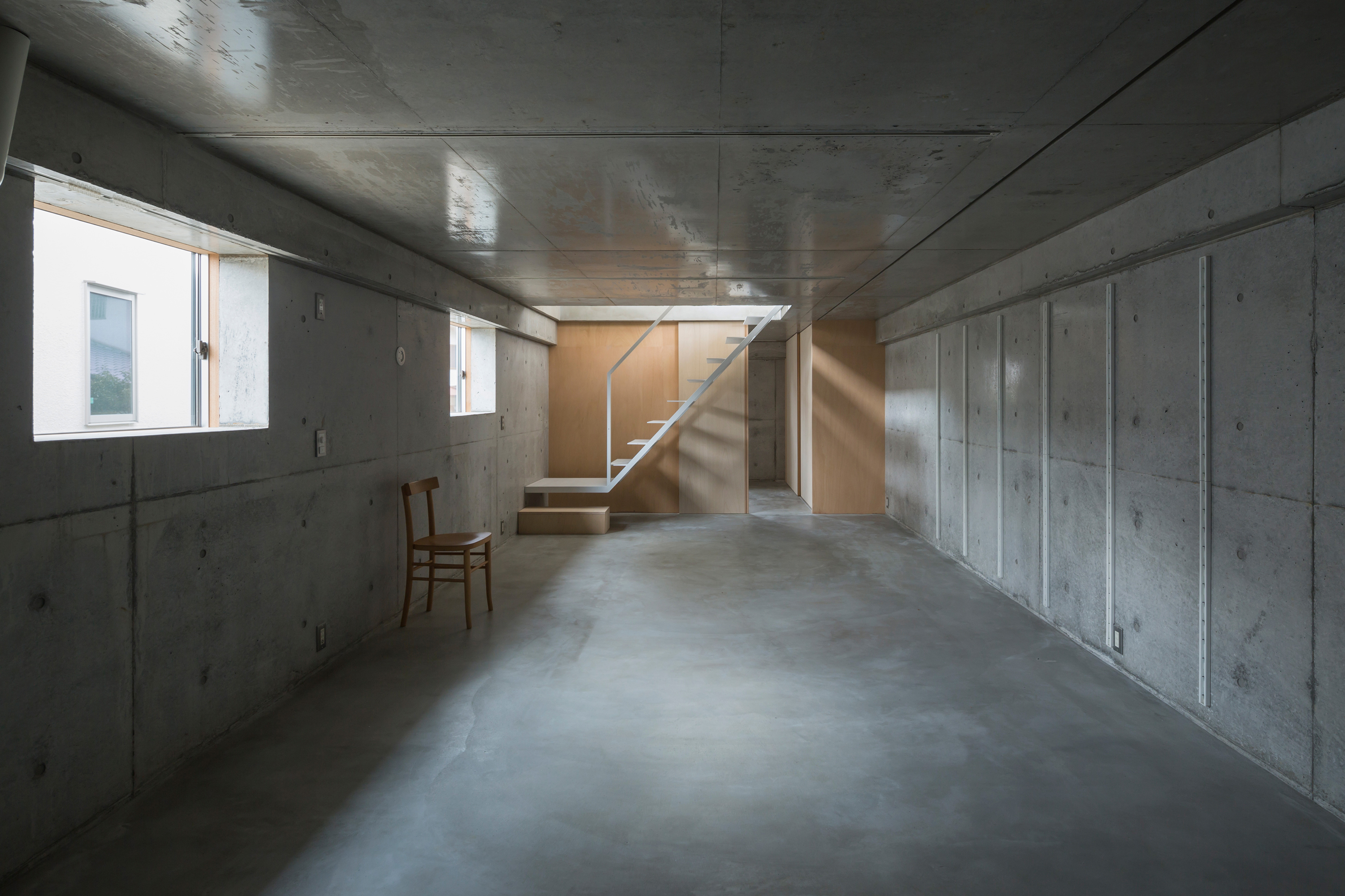 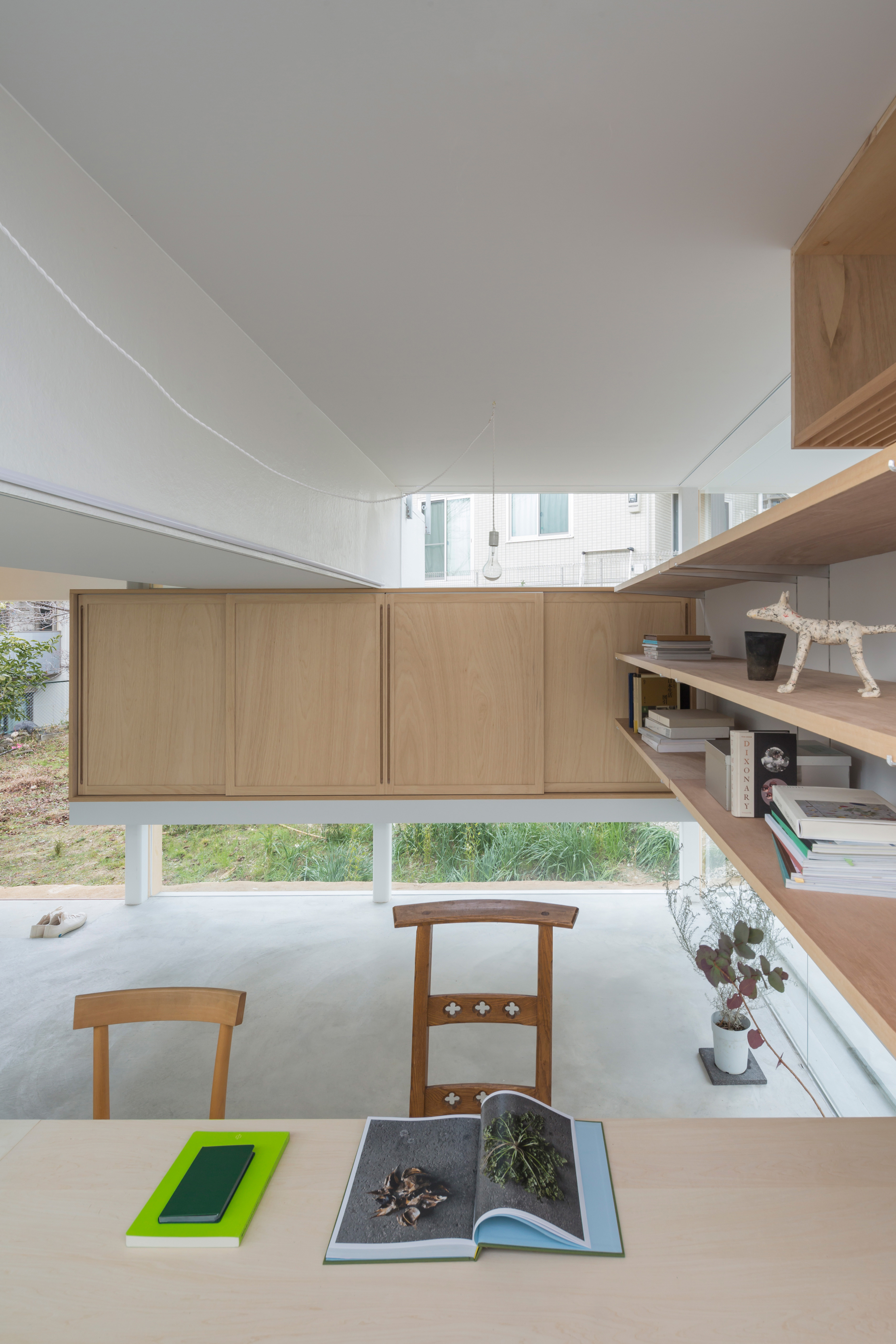 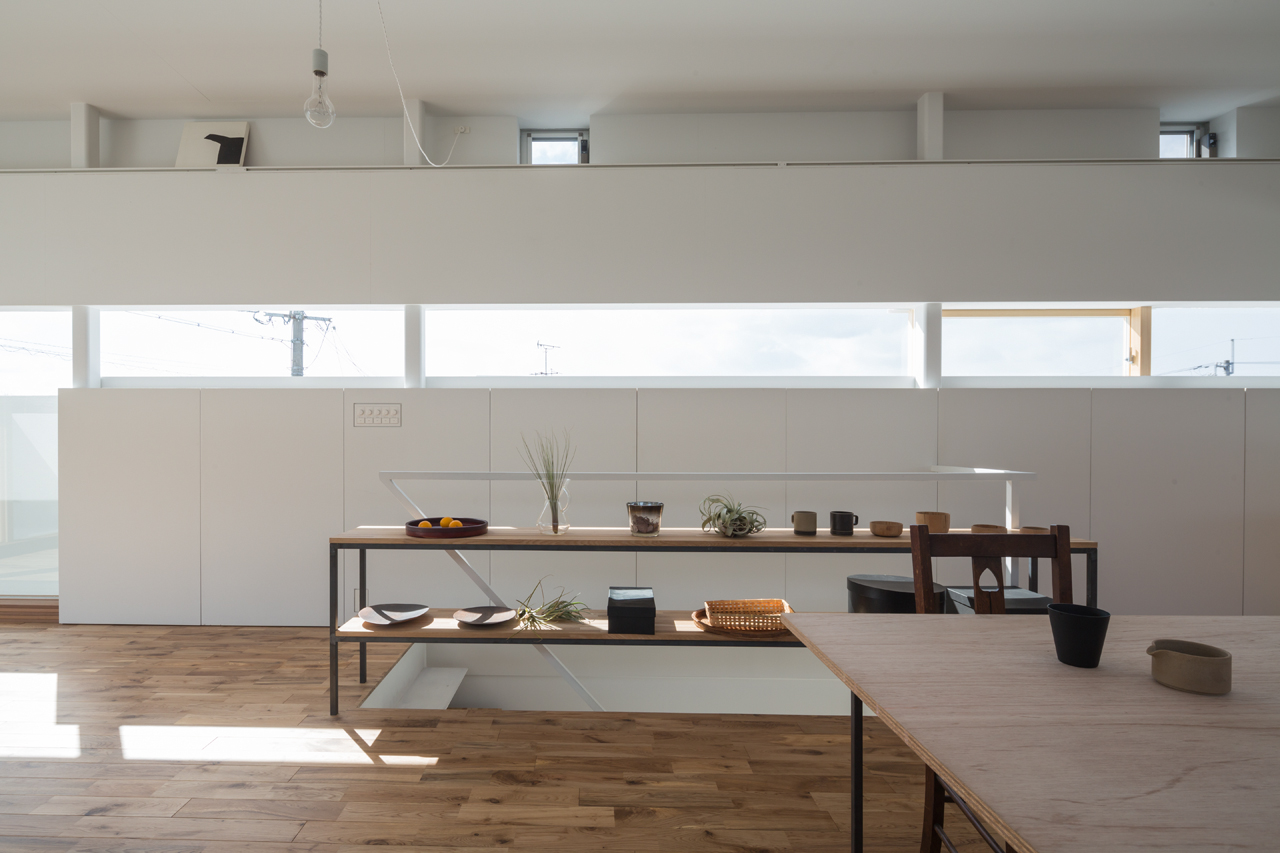 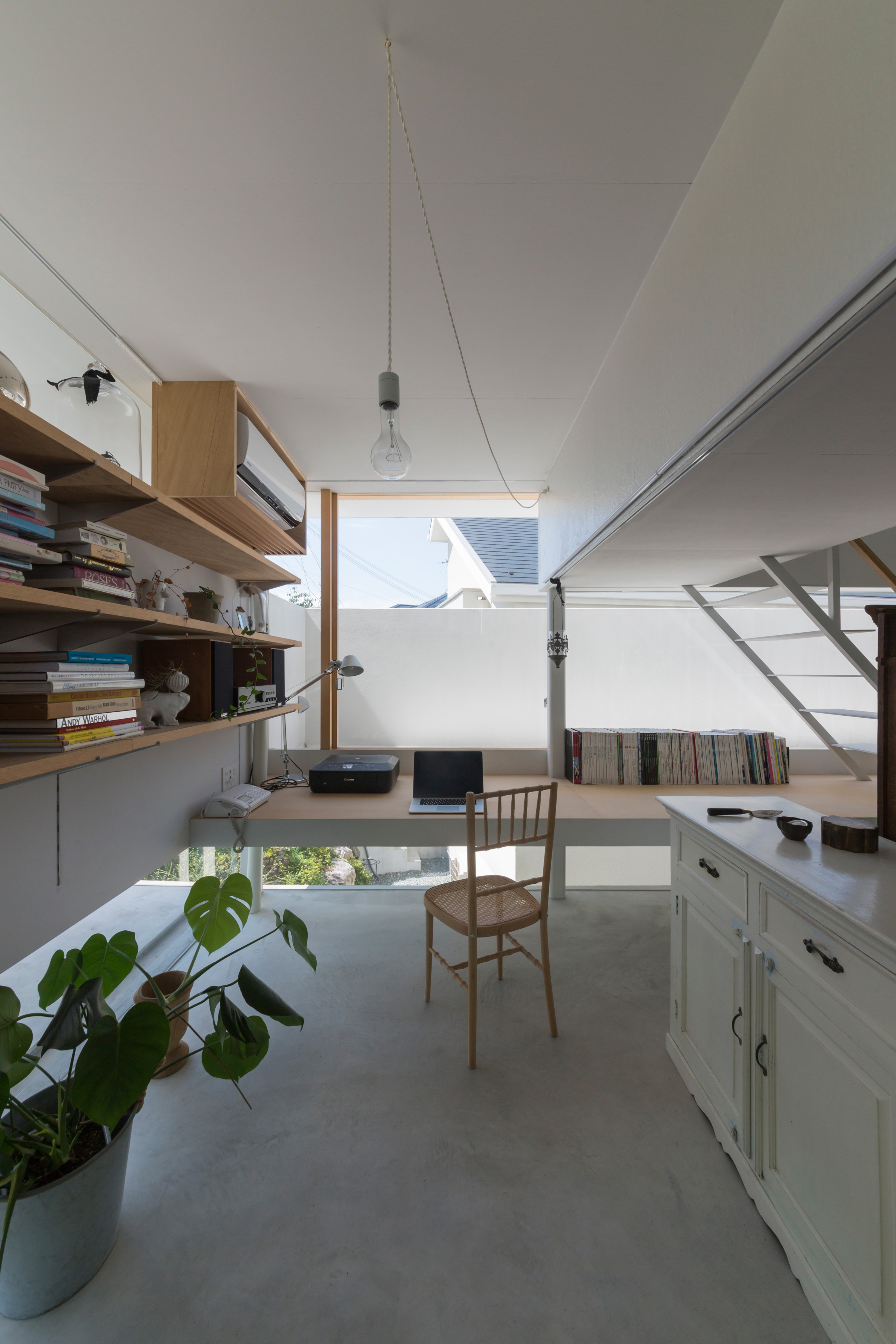 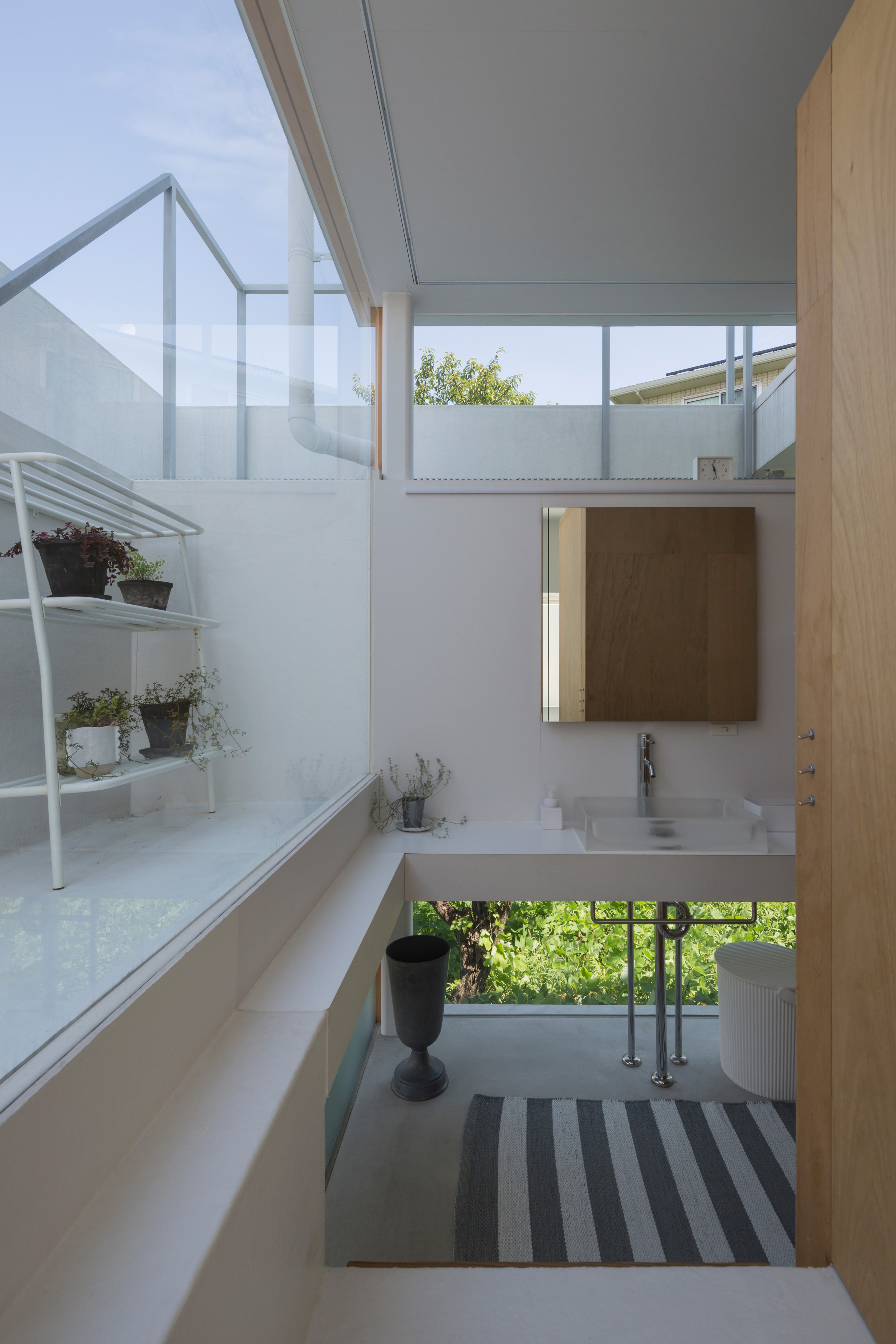 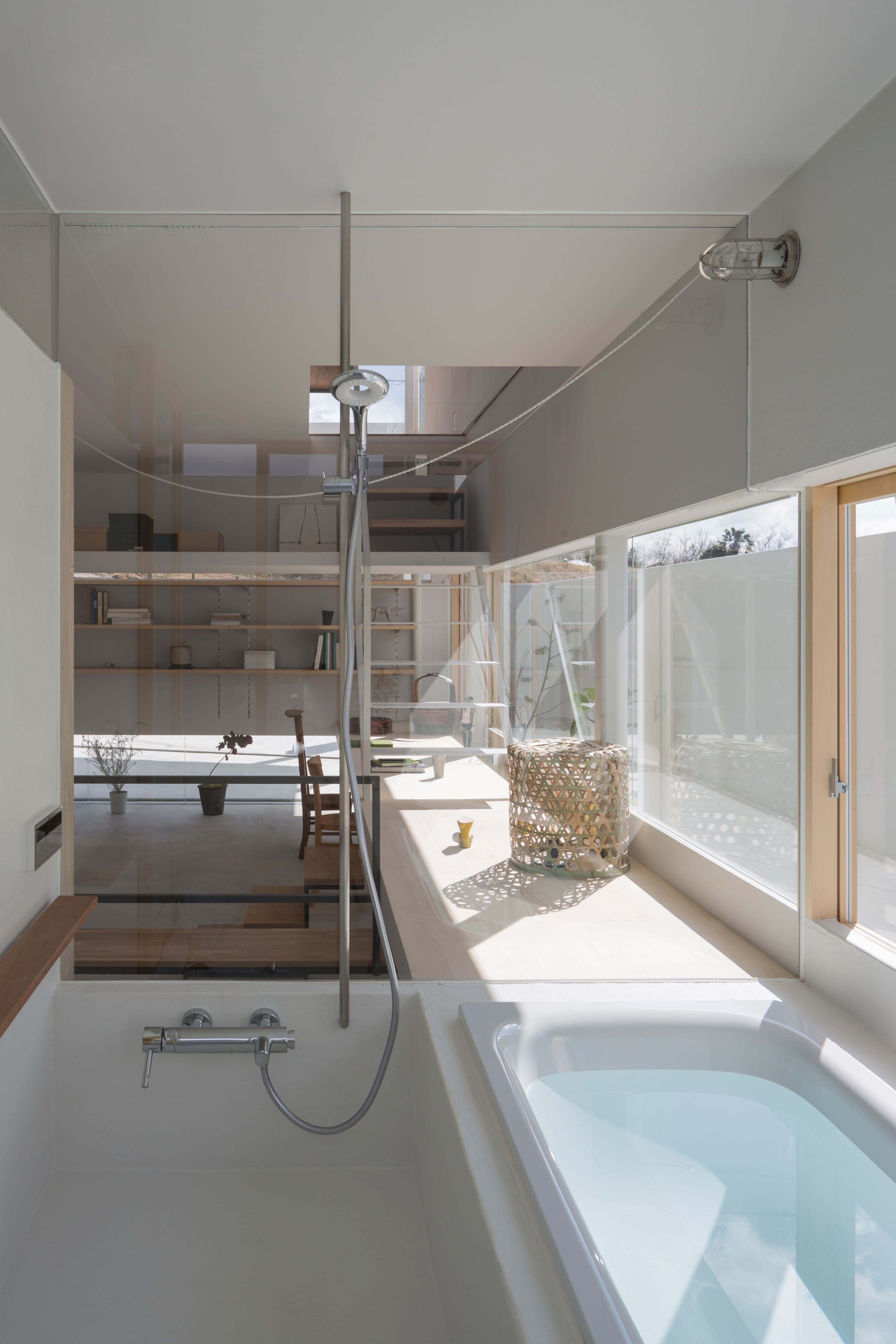 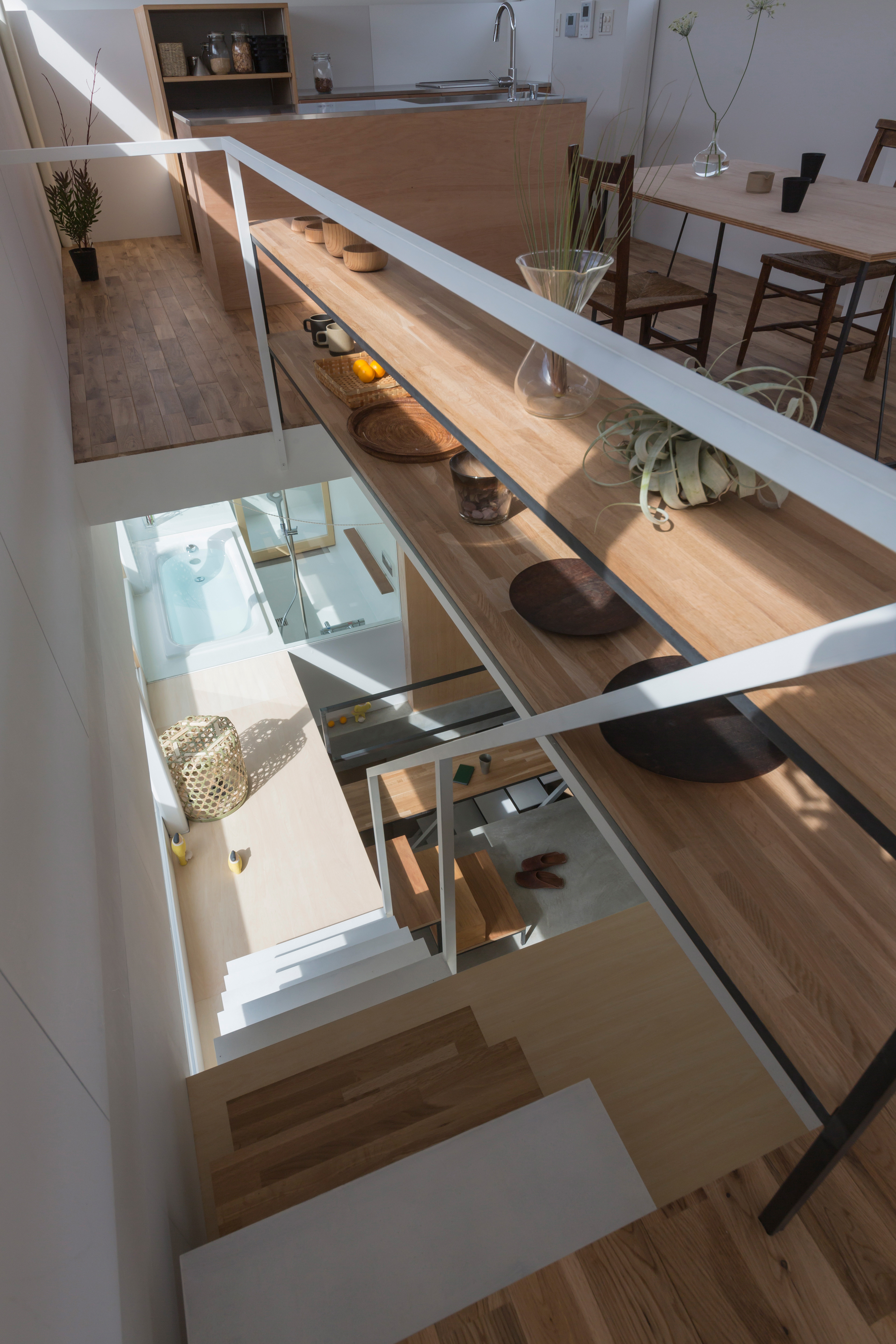 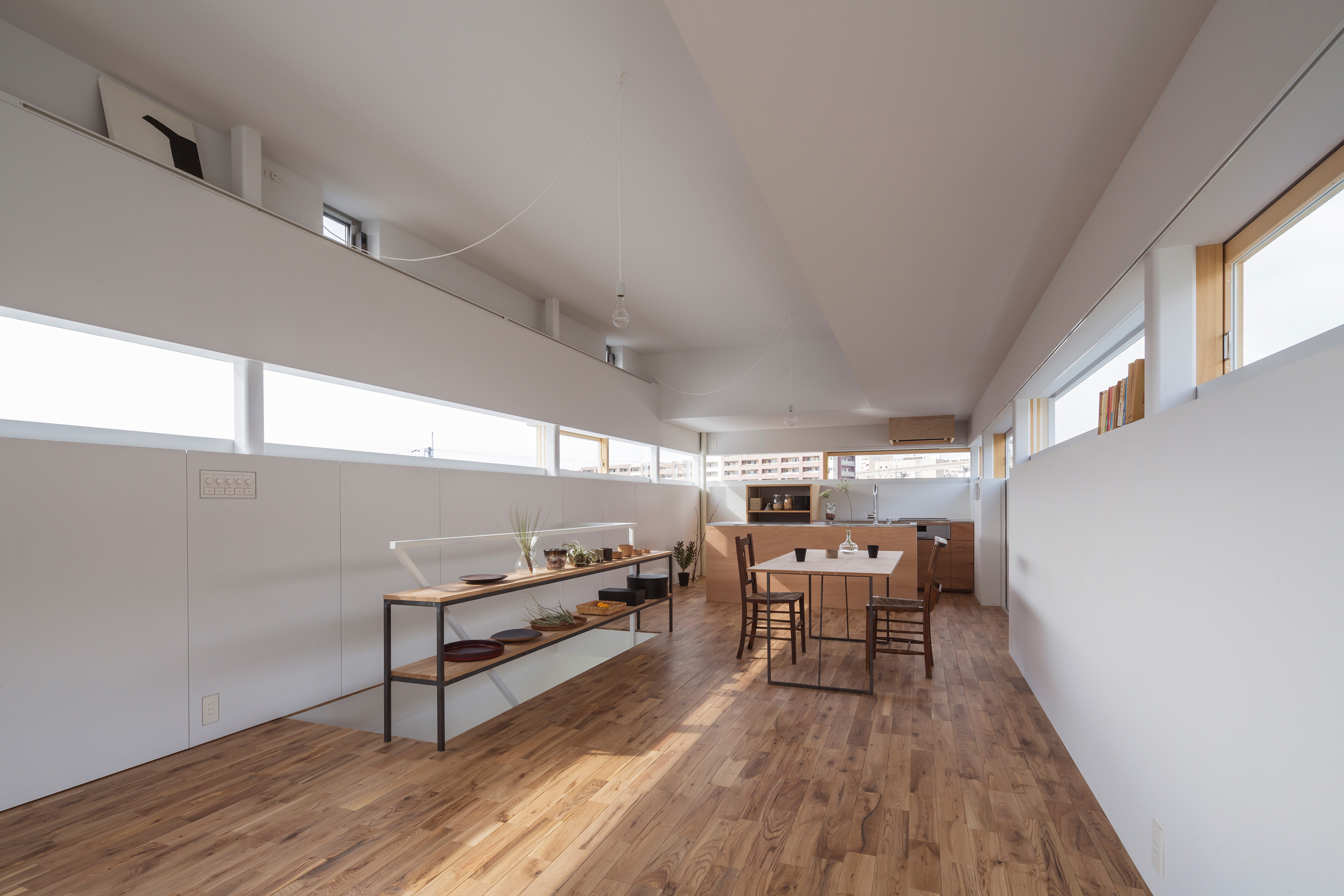 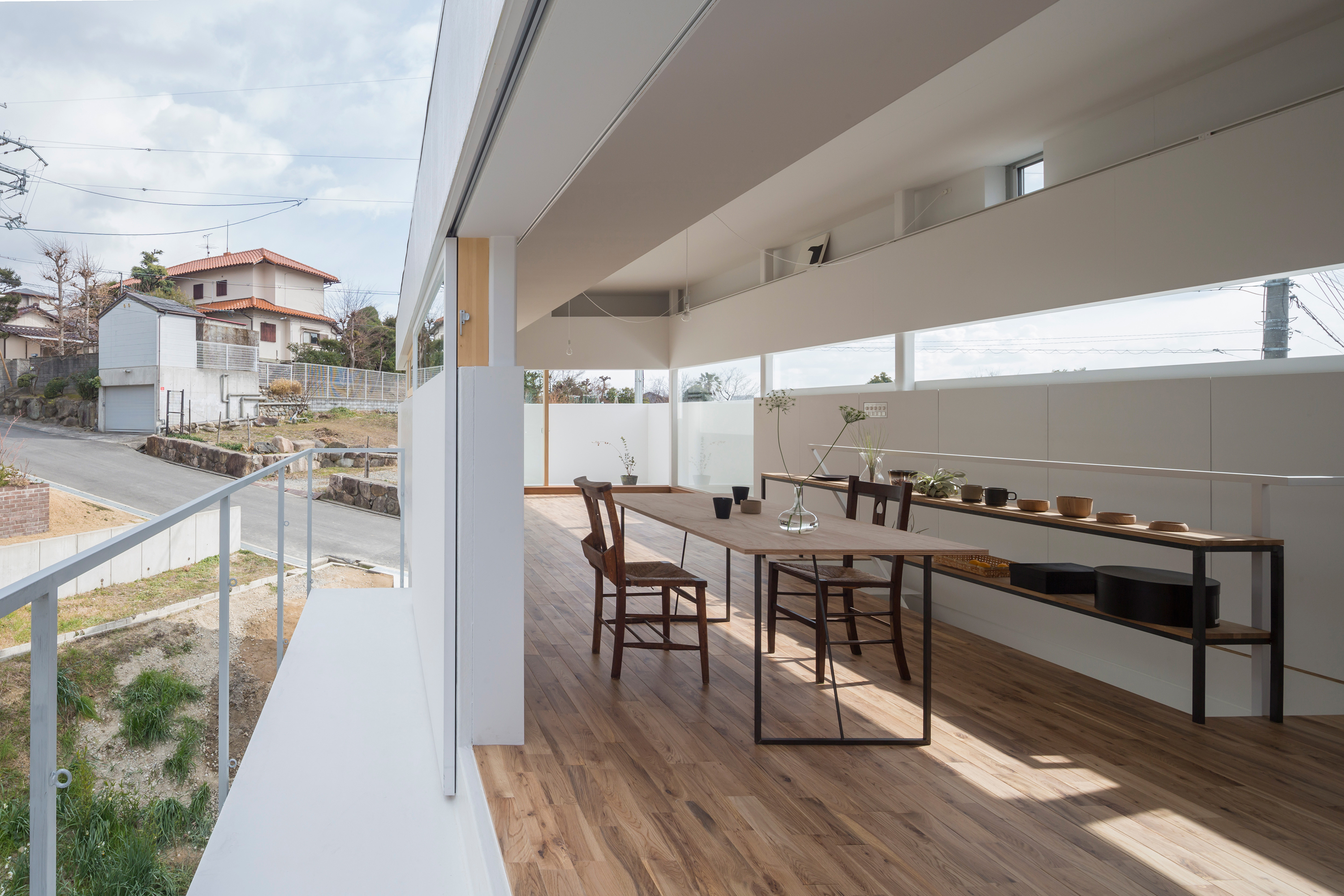 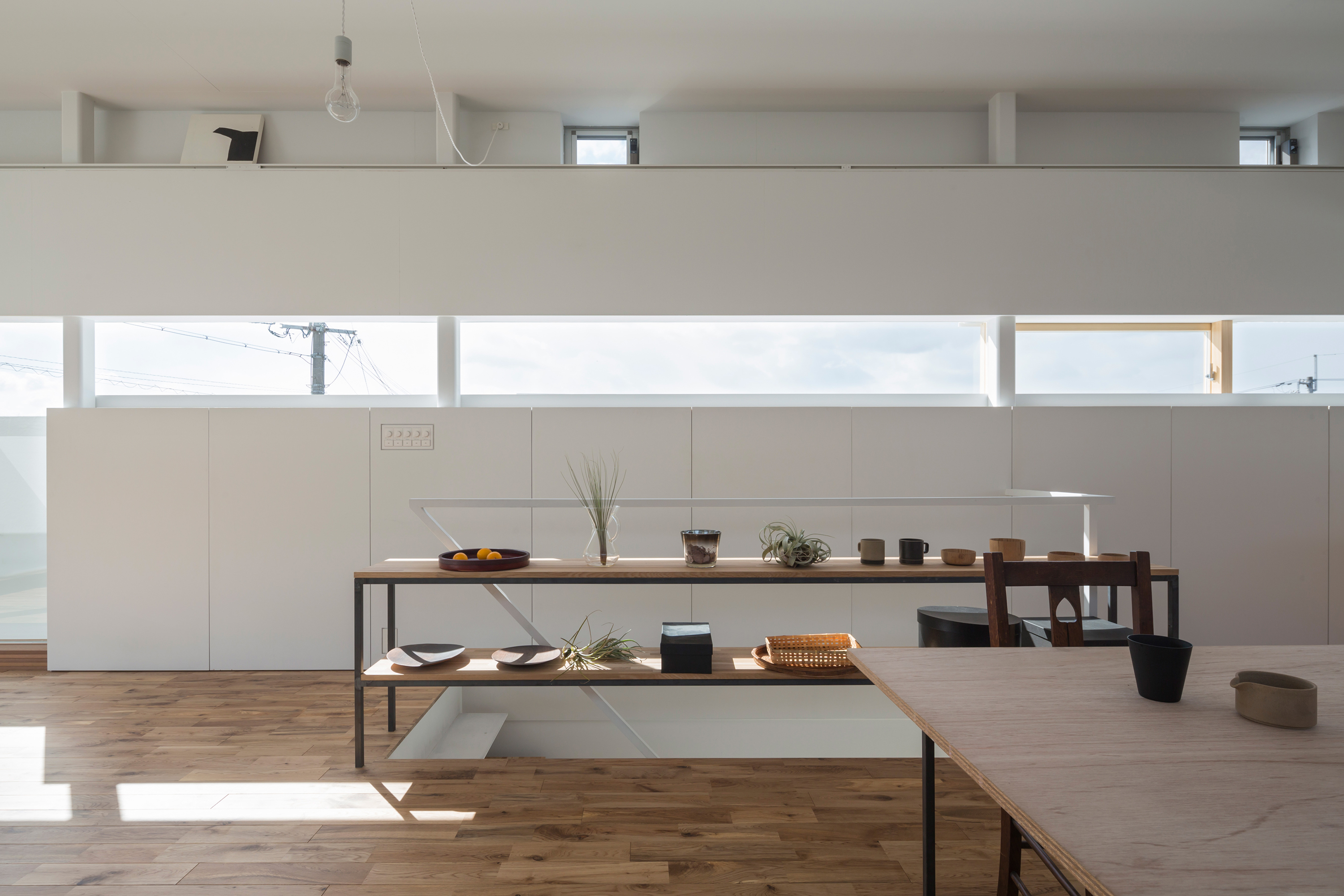 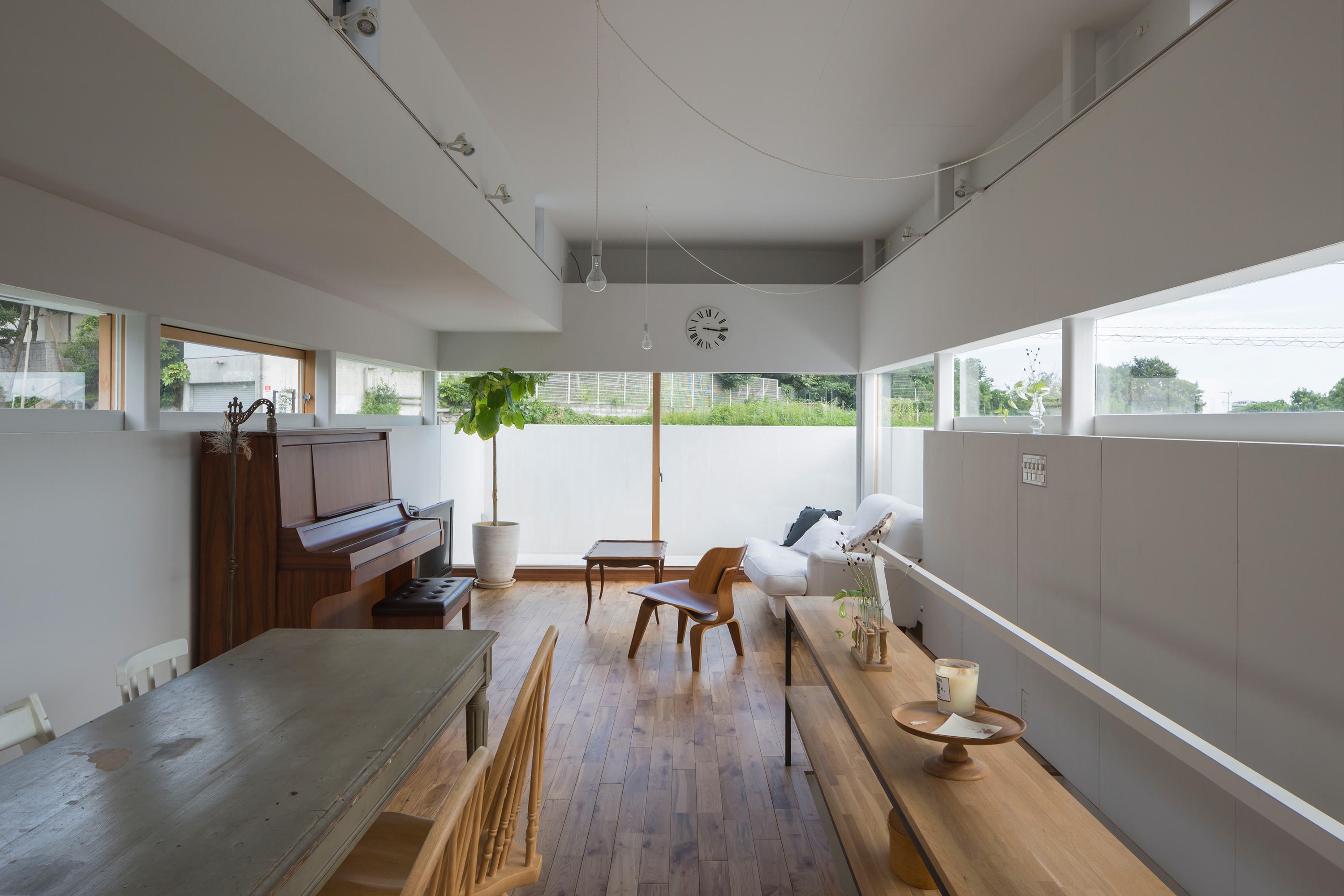 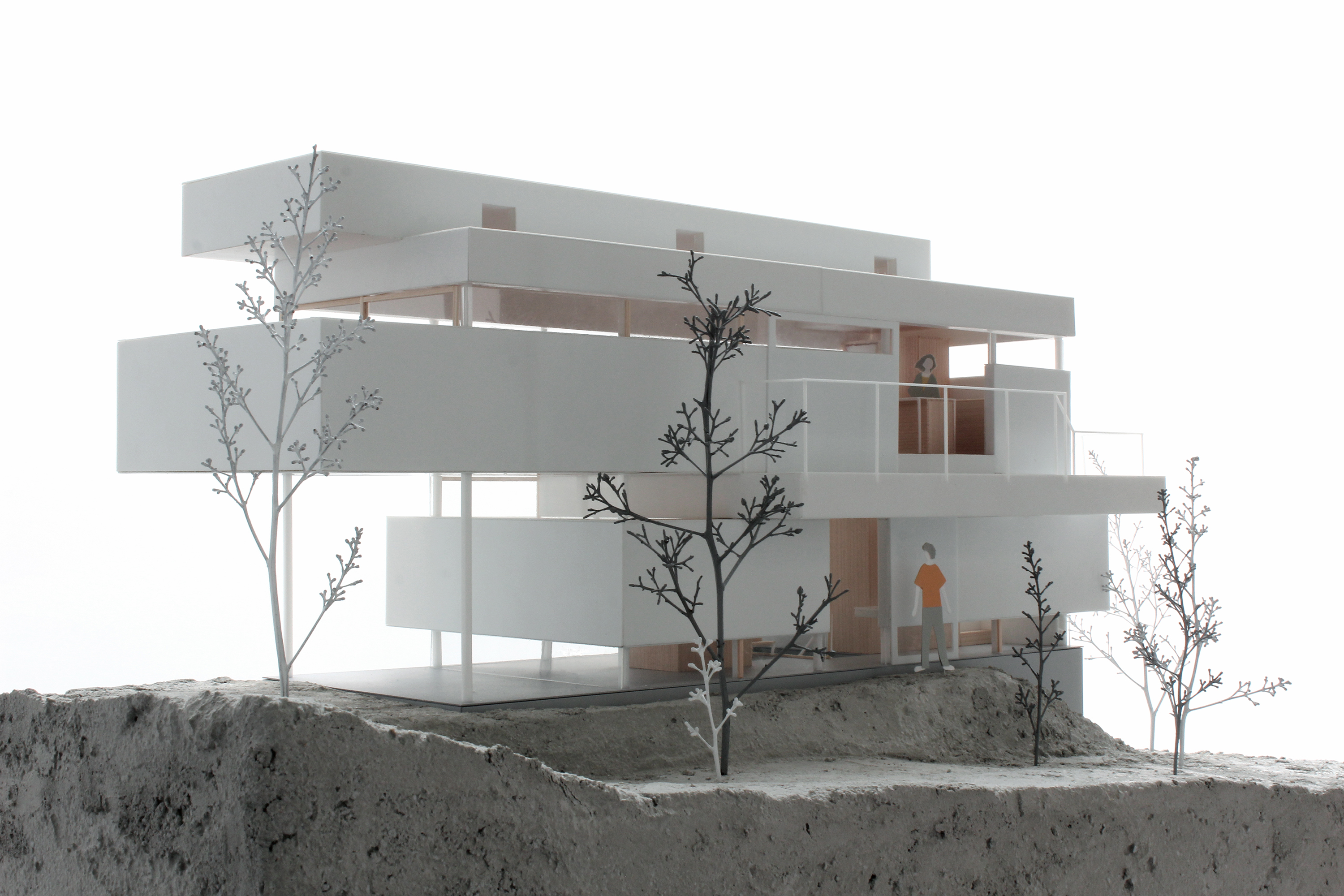 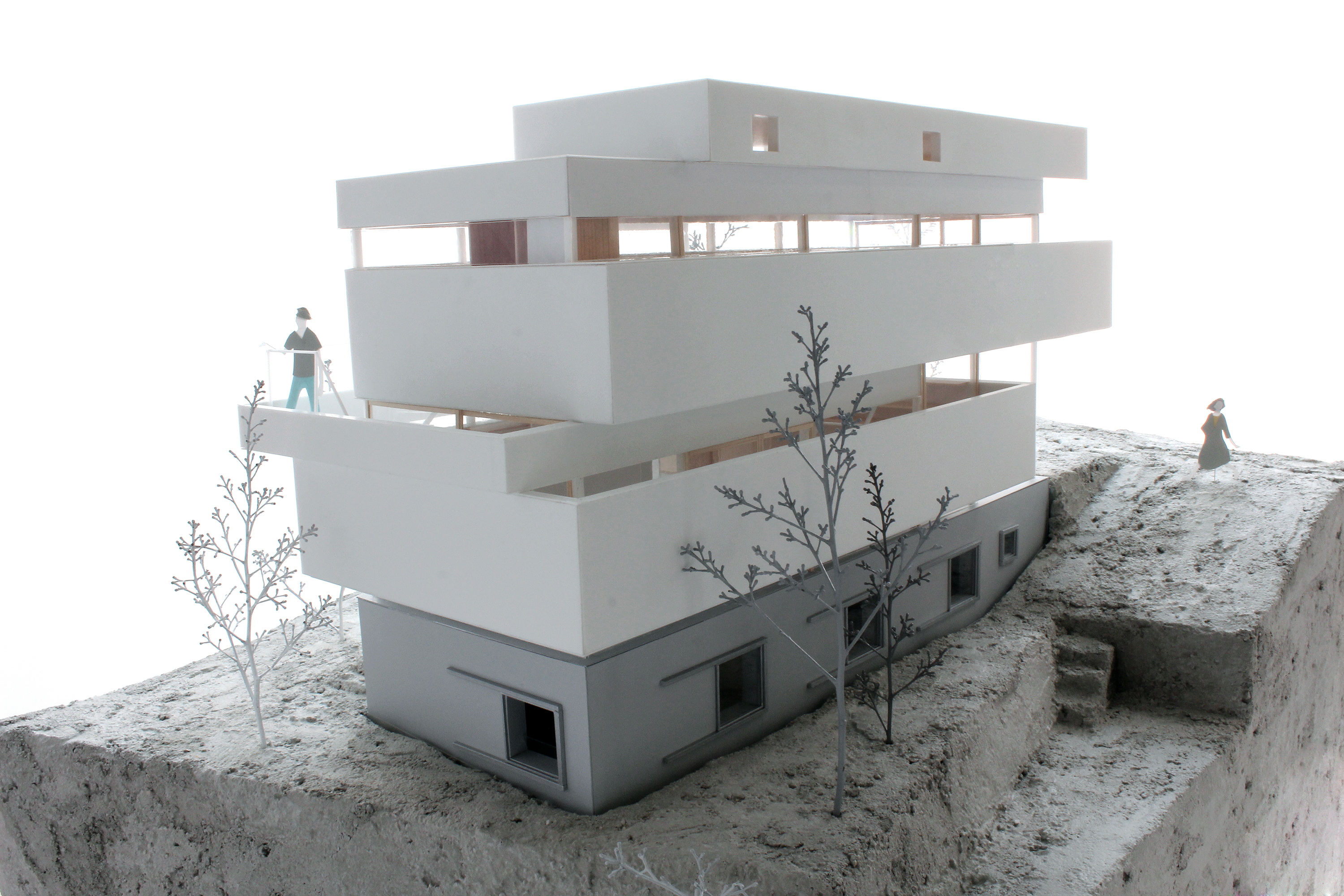 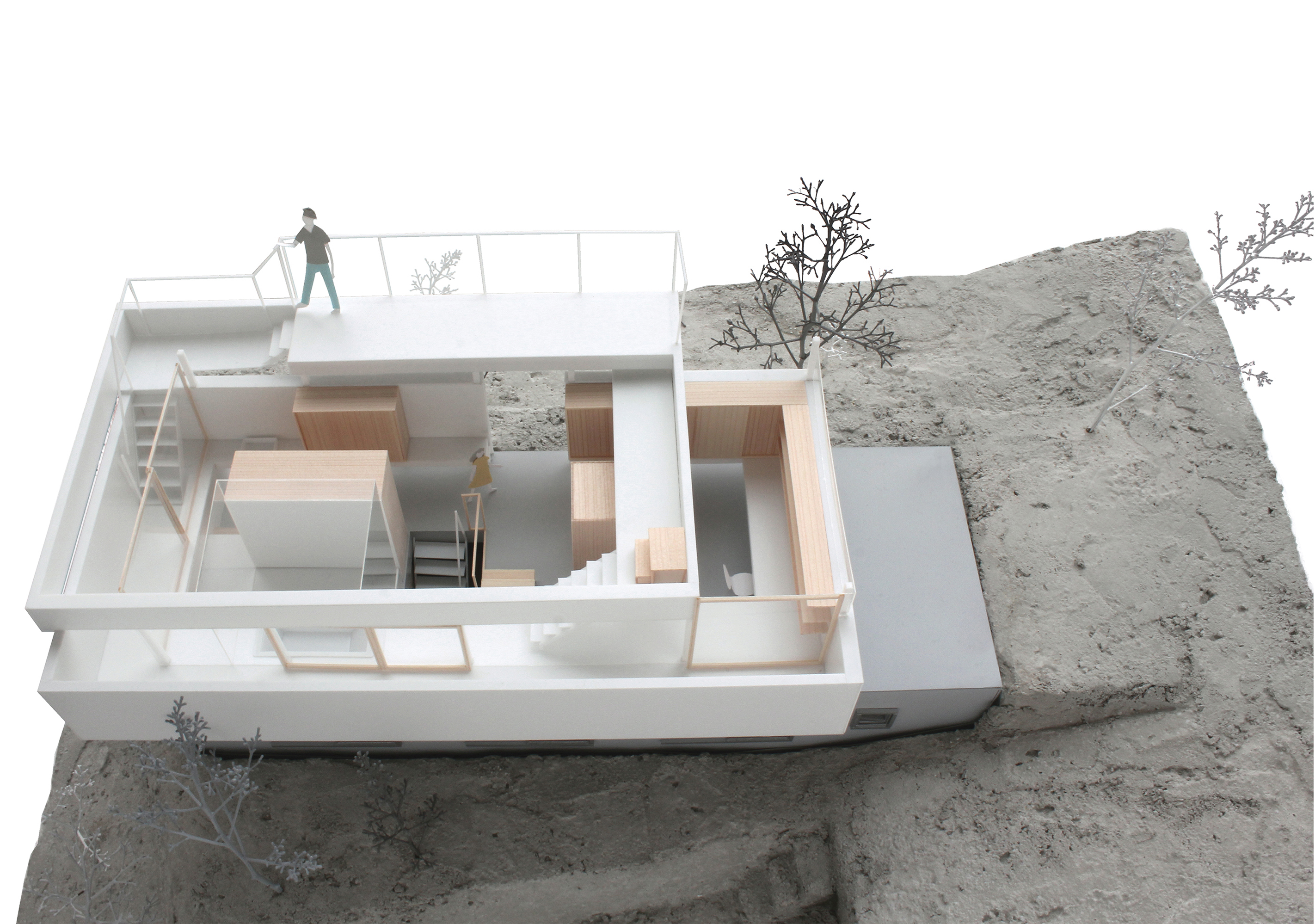 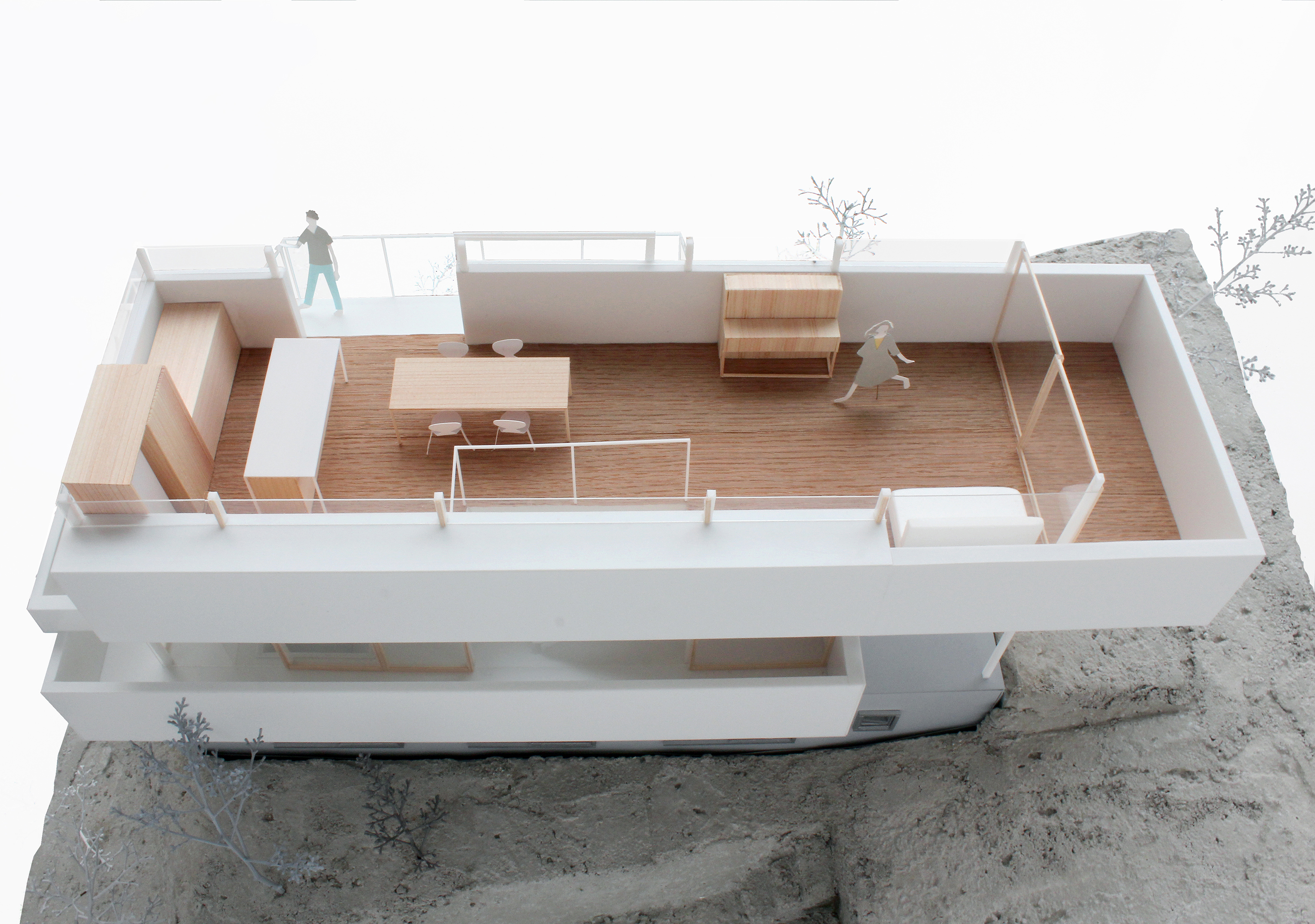 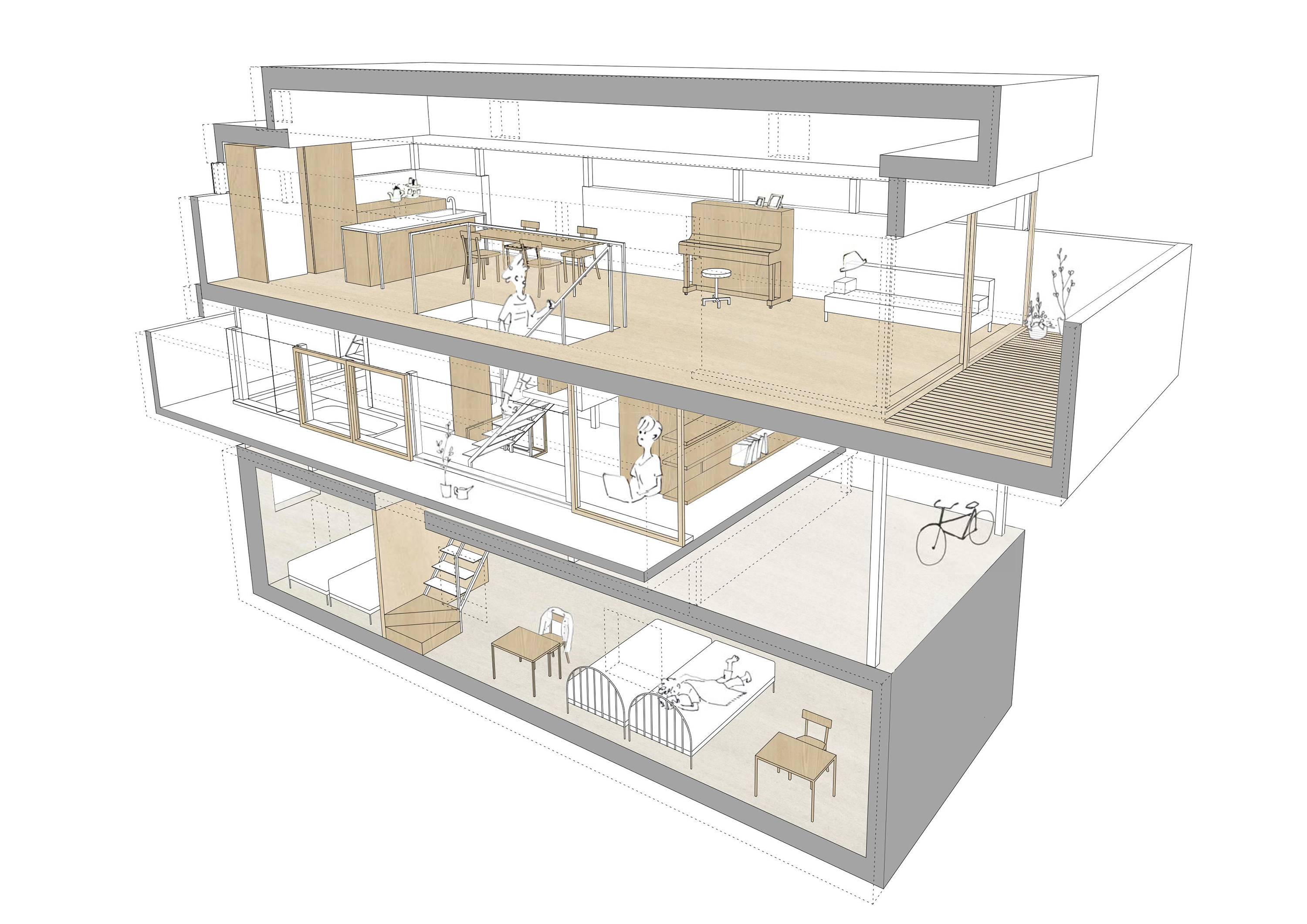 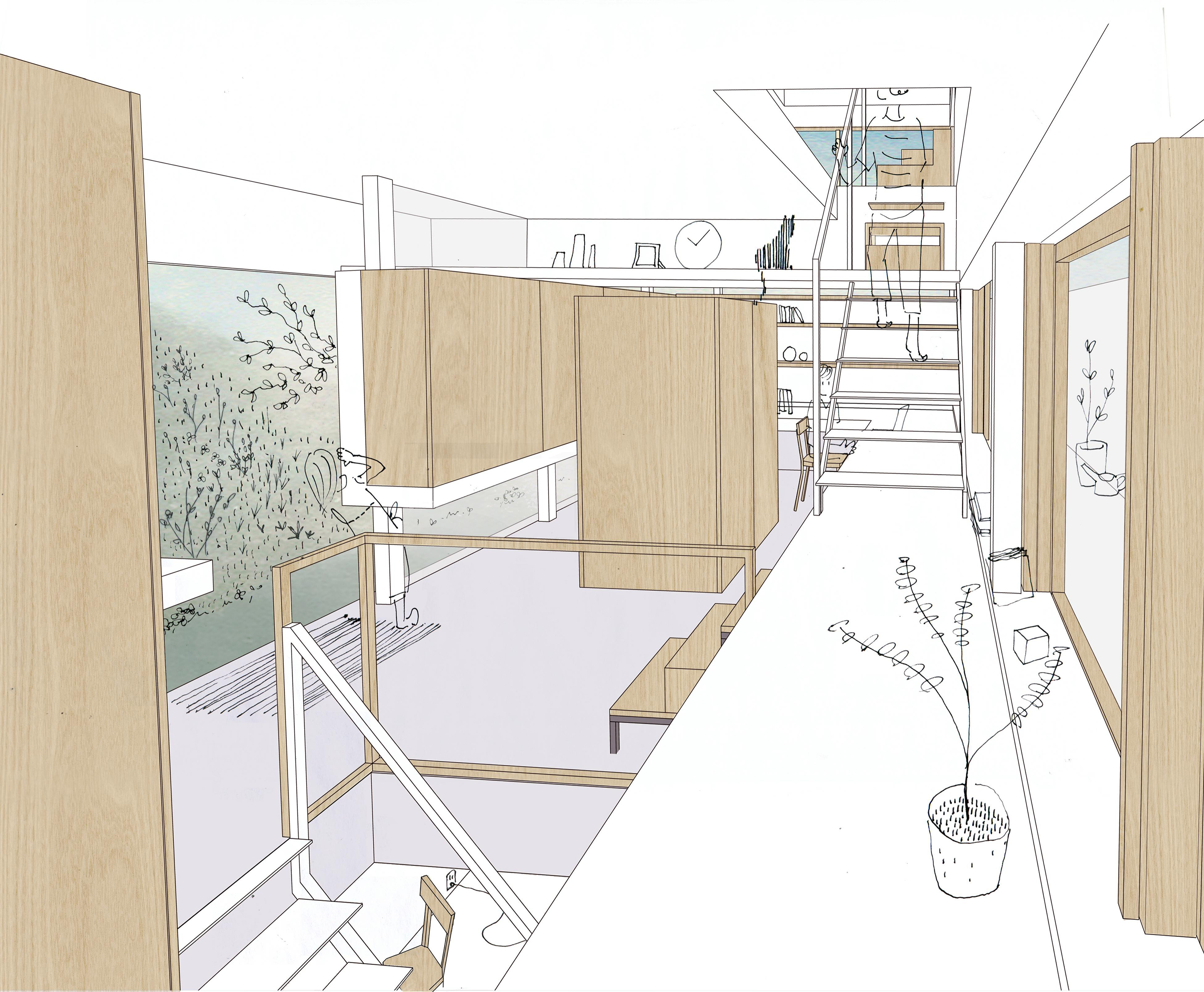 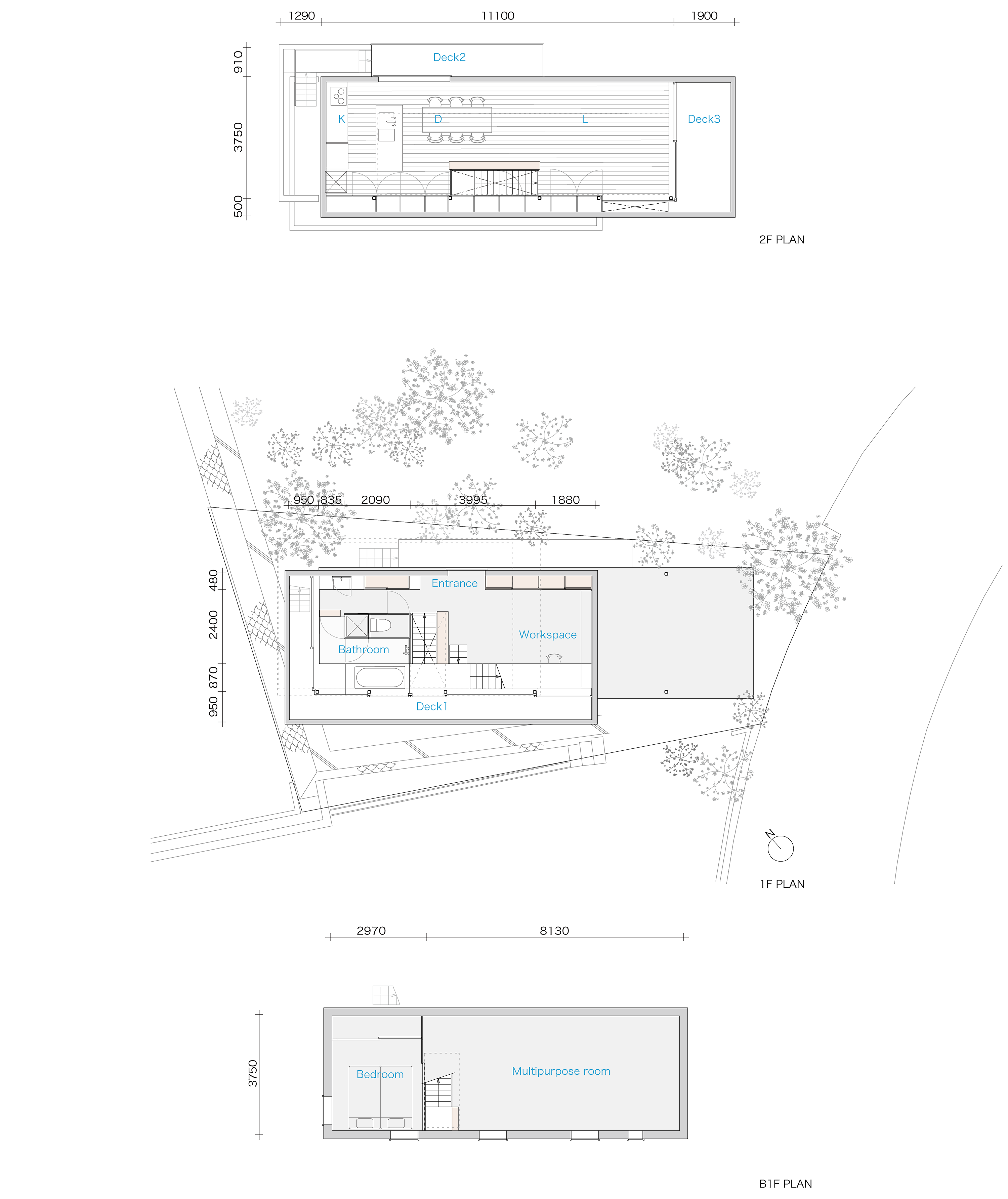 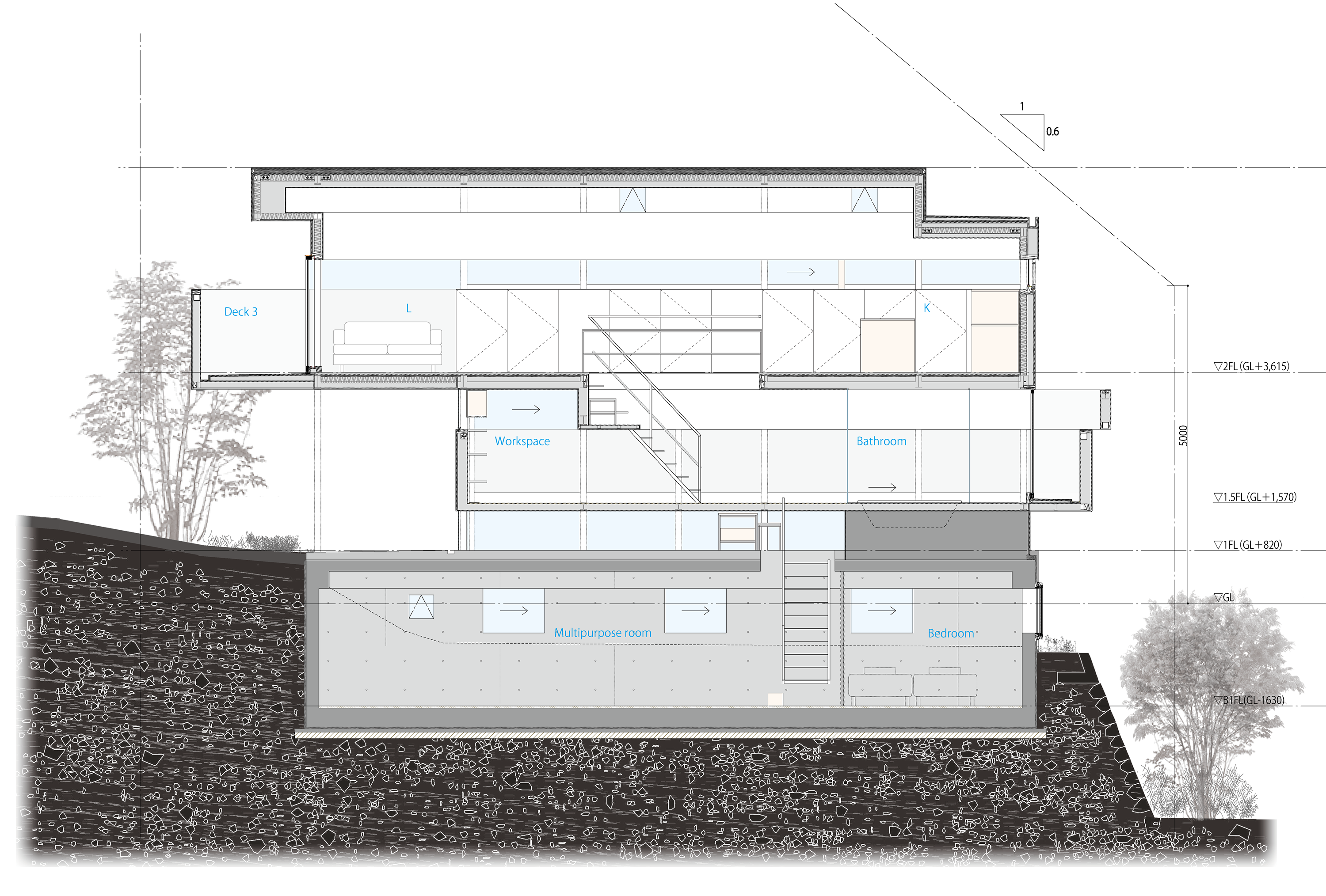 It is difficult to deal with architectural elements such as stairs and handrails that don’t have direct relation to the main architectural composition.
It might be my prejudice, but architectural space gradually becomes static, when additive elements are reduced to be abstract. It also has an effect on various human activities and furniture to vividly come to front, but sometimes it appears as if they are being denied.
I have tried to achieve a design, in which the main architectural composition, such as relation between slabs, stands out but at the same time secondary elements as mentioned above are also become a vivid issue of the design.
My query was to find out whether it is possible to create space that has quality of, so to speak, dynamic abstractness, enabling space to all the more get settled when activities and things are mixed with the space and objects are flooded there.

Having a left over, unbuilt triangular plot in its neighboring land and an agricultural land across the street, the site was relatively open. The client requested a house there, in which they can live comfortably protecting their privacy appropriately.
The site is narrow and long, irregular-shaped and sloped. The area is enforced with strict wall-setback restriction and also had a shadow regulation. Under the limitations, we considered creating stretch of space by using mitigation of the regulation that permits decks and eaves to protrude over setback lines. Exempted from the shadow regulation, the eaves height was decided to be less than 7 meters. The volume resulted in two-stories above the ground and one underground story. The part above the ground is sliced into seven layers, shifted, stacked and eliminated to create deep pleated exterior appearance. The manipulation is similar to House in Matsunoki, which was being designed around the same period. In House in Matsunoki, different materials were used to articulate segments, but in this residence, all are finished with white FRP so that pleats can be made deeper both inside and outside. In this way, we tried to make relation with exterior space, while protecting the inside with wrapping belt-like space.

The shifted volumes function as balconies, eaves and windows outside, while the level gaps generated by the shift work as a desk, landings and shelves inside. From the windows created in-between stripes, nearby bushes, a series of tiled roofs are framed horizontally. In this way, we aimed to achieve dynamic abstractness, in which the architectural design, residents’ properties, surrounding landscape and the stacked shifted volumes are mixed.